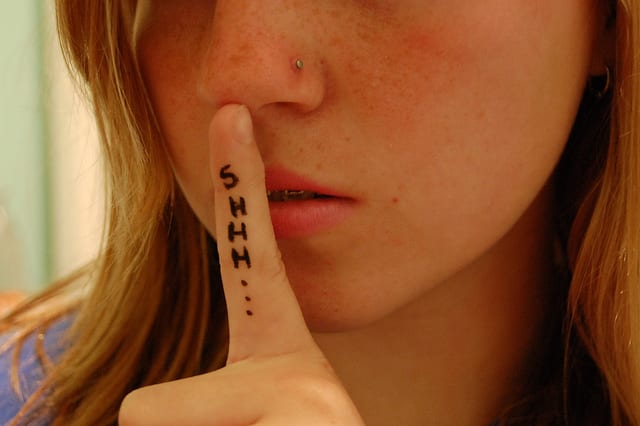 How many emails soliciting lead lists do you receive on a regular basis? I receive about two to five in my inbox per day. While tempting for some, email lead list services do more harm than good for a brand.

For many people, receiving unsolicited email is darn right offensive and intrusive.

For many people, receiving unsolicited email is darn right offensive and intrusive.

Unfortunately, companies are still paying big bucks for leads and using them for marketing and sales. The health care industry alone spends well over $150 million per year and SaaS companies are dropping more than $100 million. It’s clear that the leads industry makes billions of dollars per year. So, a whole bunch of marketers are still buying email lead lists.

Maybe if they knew the 10 dirty little secrets about the industry below, they’d reevaluate their outbound efforts and consider attracting their own leads through inbound means.

1. According to the FBI’s Mass-Marketing Fraud: A Threat Assessment, international organized criminal enterprises use the same lists for scams and identity theft that companies buy for legitimate business. In other words, every person on most lists is a potential target for fraud.

2. If the lists are built correctly, buying and using them may not be a CAN-SPAM Act violation. However they can still violate Canada’s Anti-SPAM Law and TCPA.

4. People on a purchased or rented list probably don’t actually know your brand. Lead lists leap frog the nurturing of demand generation and can damage a brand’s image. By sending unsolicited emails a company can actually ruin their chances to ever do business with some of the qualified people on the list.

5. After a thorough review of an incalculable number of complaints on RipoffReport.com – up to 85 percent of leads contained within a purchased list are undeliverable garbage.

6. According to MLMLeads.com, many vendors collude with each other and exchange lead lists. This allows them to call them “new” leads when in actuality they’re old and cold.

7. According to our vice president of client solutions and success Marty Muse, companies that purchase lead lists can expect three to five competitors to have the same leads.

8. Many use PPC to capture the leads they sell using the same keywords their customers and prospects are already paying for. They’re making industry PPC costs higher by increasing the keyword competition and cannibalizing the SERPs.

9. Even if companies say the leads sold are exclusive and unique for each customer, it’s likely they are not. Expect three to five competitors to have the same lead.

10. The first one to the lead has the best shot. A client that receives a lead today likely did so because a competitor whose contract is coming up got it yesterday. In other words, many vendors play entire industries based on timing and perceived customer satisfaction.

If the amount of time, energy and resources spent on outbound lead list marketing was instead used for inbound marketing, companies purchasing these lists would avoid all of the potential risks mentioned above. They’d also own their own exclusive lead lists and the latter stages of their sales funnel would be much more robust. If you’re still buying lead lists, check out this earned media case study – it shows a quick and powerful way to diminish the need to ever purchase lead lists again.