4 Secrets Influencers Are Not Telling You 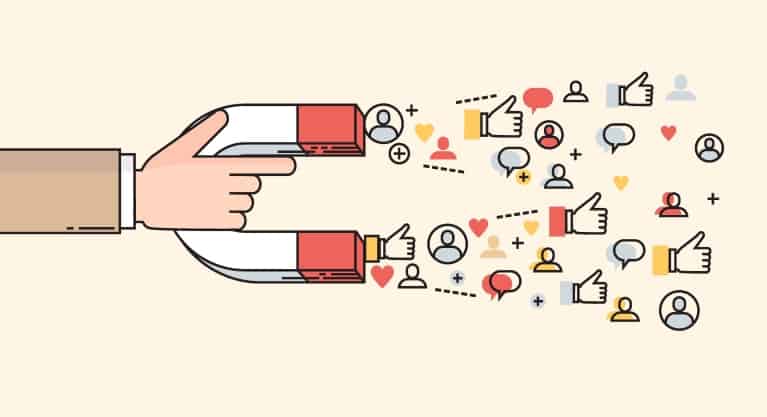 Influencer marketing may now be trendy, but that’s because it works. People love to hear reviews and recommendations straight from the mouths of others; especially those they already trust. Previously this was the realm of celebrities and leaders. Now, with the rise of social media, there are everyday people out there who have established a great reputation with their audience… and that audience may be just the audience you need to reach.

Here are four things it helps to understand about the influencers you’ll be working with:

Celebrities were least likely to be trusted; perhaps because it’s clear that they are paid fortunes to market any given product, and there is no guarantee that they have any genuine interest in that product. With social media influencers, there must be some genuine interest in your product or service before they’ll work with you. Their carefully built reputation is on the line, after all. Good influencers remain as authentic as possible, which keeps them in good stead with their audience.

2. Influencers are authentic – they need to genuinely like your brand

They need to like you, and they need to like your product or service – genuinely. As influencers tend to have good relationships with other influencers, they work best as a team. If you get one influencer on your side, you may well have access to a whole group of them. This is incredibly powerful in terms of marketing reach.

For influencers to like you and form a connection with you, you’ll need to treat them with the respect you’d reserve for a friend. They are people, not marketing processes. They know what they think, what they like, and what they can do. Getting them onside means making an effort with them online, by doing things like sharing and commenting on their content.

When a deal is in the making, listen carefully to what they expect and be prepared to negotiate with them. That means making reasonable offers commensurate with their abilities, not low-ball, insulting offers. Likewise, be clear on your requirements and expectations, but don’t read them the riot act – this is a mutual agreement and they won’t take kindly to be treated like an office junior.

Although you may have a well-defined set of hopes and expectations, the influencer is probably going to do things their way. They are used to interacting with their followers in a particular way; they are also used to presenting information in a way that is congruent with their true characters and online personas.

You can let them know what you would like to see happening, but directing them excessively is potentially going to cause problems. It’s not smart to tell them how to deliver your content. When working with influencers, you will have to have some level of faith that they are in the position they are in because they are good at this stuff.

If you’re inclined to breathe down an influencer’s neck, you might as well be saying, “I don’t trust you.” Micromanaging will be big a turn off for them, and they may well tell you to do the marketing yourself… if you’re so sure of how it should be done. It’s important not to stifle their creativity. When given free reign, they may just surprise you.

It might be that their take on things appeals to the target audience in a more real way than yours would. Their approach is likely to be authentic, for reasons we mentioned above, and if your requirements make it contrived, the audience will sense this.

There aren’t many influencers out there who don’t have a creative nature. This is what makes them so good at presenting information to their followers in a compelling way. When an influencer captures the attention of an audience, that audience is then ready to listen to the next thing they have to say… and the next, etc.

When that ‘next thing’ is your product or service, the audience is more likely to sit up and pay attention. When choosing an influencer to work with, you should pay close attention to the way they deliver their stories and the reception those stories get.

Would that kind of delivery work well for your brand? If you are aiming to appeal to a specific type of personality, it helps to consider whether your influencer has a way with words that will appeal to these people. There’s no harm in discussing your vision with your influencers to get a feel for whether they’ll be able to create the right kind of stories around your brand.

To summarise, influencers are powerful allies for your brand – when you choose the right ones. Ironically, they won’t be too heavily influenced by you. However, a good one will listen and take your points on board.

You should always openly respect their creativity and skills with realistic offers and trust them to do their thing in their own way. Their authentic natures will take care of it, and if they like you and your brand, products or services, they’ll genuinely like them! When you build good, strong relationships with influencers, they’ll be sure to take your marketing to the next level.

Daniel Ross is part of the marketing team at Roubler — an employee time and attendance software founded in Australia. Their mission is to change the way the world manages its workforces.

How to Select the Right Micro-Influencers For Your Brand

Will Influencer Marketing Undergo Some Dramatic Changes in 2020?

What You Can Learn From These Successful Influencer Marketing Campaigns

Different Types of Influencers and How to Utilize Them