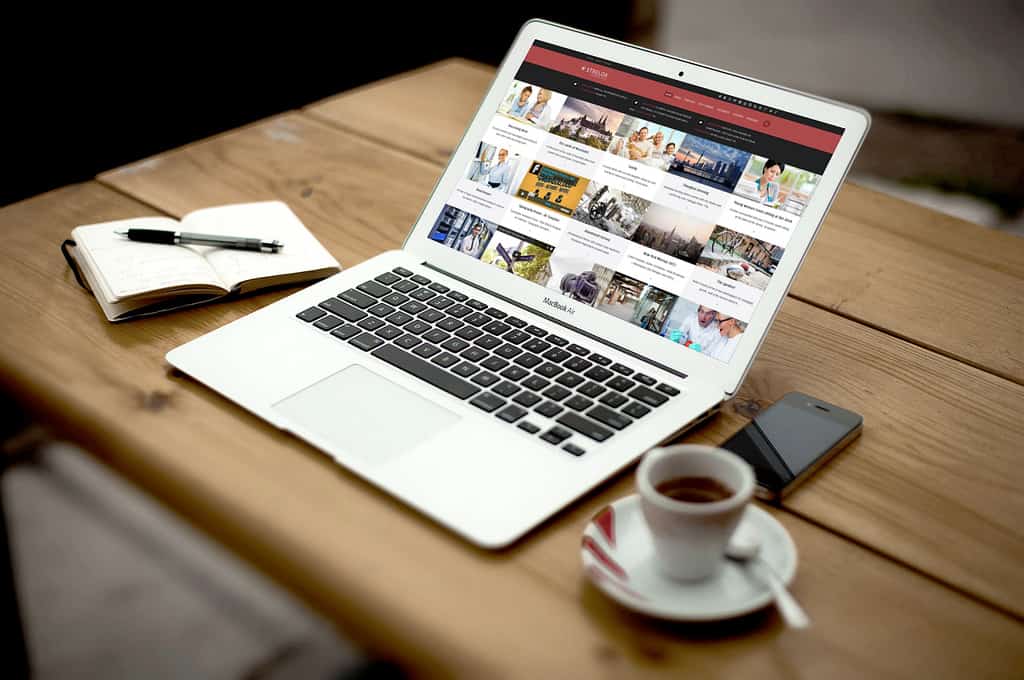 At one time or another, we’ve all fallen victim to clickbait – clicking on a story with a sensational title that’s proven to have false, worthless or misleading content. Stories that say click here to see What State You Really Belong To, The 10 Baddest Bad Guys of all Times or What Happened When I Proposed to My Boyfriend are all too familiar to us.

As Jon Stewart put it, “I scroll around, but when I look at the Internet, I feel the same as when I’m walking through Coney Island. It’s like carnival barkers, and they all sit out there and go, ‘Come on in here and see a three-legged man!’ So you walk in and it’s a guy with a crutch.”

Why do advertisers use clickbait? Because they want to drive traffic. But what does that traffic really mean? Does it mean the person who clicked actually read the content? According to Chartbeat, 67 percent of people who click on promoted content leave before 15 seconds have passed and only 24 percent ever scroll. People who are ‘clickbaited’ typically leave the site feeling deceived and frustrated. That in turn chips away at a consumer’s trust level and ultimately tarnishes a brand’s image.

As described so well in this Mashable article by Jason Abbruzzese, clickbait is an issue of tricking the consumer to click coupled with a lack of good quality content. With the native advertising industry expected to grow to $4.3 billion this year – up 34 percent from 2014, that’s a lot of money to be spent by brands for not getting real engagement.

For engagement to happen, two things need to occur: a) promote content that people actually want to read and b) get that content in front of people who want to read it. Research from Nielsen examines what type of content most affects a consumer’s opinion of a product. The study finds that when it comes to positively affecting familiarity, affinity and purchase decision, expert content (articles and reviews) always surpasses branded content and user reviews. 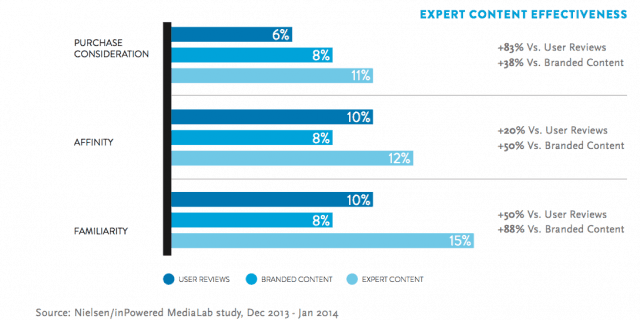 This finding coupled with the Chartbeat data suggests that once you have identified the right target audience, the most influential message you can get in front of them are expert articles and reviews which, in turn, drive the highest engagement and brand affinity.

Here are some surefire tips to move away from clickbait toward engagement:

Let’s take a look at an innovative way to create engagement from a fast-growing social media company we all know well. Snapchat has recently opened its platform to advertisers requiring a minimum ad spend of $750,000. One might say that’s a lot of money to spend on advertising. However, engagement is guaranteed wherein the user is required to hold down a button to view the ad before it disappears, as opposed to idly having the window open and not engaging with the ad content.

As another example, my company inPowered introduced our Guaranteed Engagement platform in December 2014, which got positive reaction from industry experts like Wall Street Journal’s Mike Shields, ZDNet’s Tom Foremski, VentureBeat’s Barry Levine and Relevance’s Chad Pollitt. Chad expands on the concept in his post saying that if content discovery networks dropped their CPC model and moved to the CPE model instead, marketers and publishers would be incentivized to promote good content and get it in front of the right audience, which would, in turn, lead to real engagement and real action.

As engagement becomes an increasingly important indicator of a campaign’s success, some key questions to ask yourself are:

By moving away from vanity metrics like page views and click-throughs, you’re leading the way for the next generation of content promotion. Find the right audience, make sure they can discover your content and be creative about measuring the way that they interact with it.

When you shift your mindset to this kind of thinking – instead of tricking your audience into clicking on a headline – you really won’t believe what happens next.

Peyman Nilforoush is the CEO and Co-Founder of inPowered, a company that discovers and amplifies trusted content to help brands educate consumers and drive sales. A media entrepreneur and visionary, Peyman, along with his brother Pirouz Nilforoush, also founded NetShelter in 1999, which became the world’s largest technology property on the Web before being acquired by the digital media company Ziff Davis, Inc., in 2013.