One year ago we launched our pay-per-article startup Blendle in the Netherlands. The goal: put all newspapers and magazines in the country behind one (quite sexy) paywall, and make it so easy to use that young people start paying for journalism again.

Back then most newspapers and magazines in our tiny little country assumed we wouldn’t make it until today. After so many failed attempts by publishers worldwide to make money online, a lot of them thought there was no other online future for journalism but clickbait and cat videos. Why would people pay for journalism when there is so much free stuff on the web?

But here we are. With over 250,000 users (that’s almost everybody in the Netherlands) of which the vast majority is under 35 years old, we’re proving that people do want to pay for great journalism (even though we like cat videos, too). And we’re hoping that our second year will be an even crazier roller coaster ride, with recently signed global licenses to sell The New York Times, The Wall Street Journal and The Washington Post, and many more to come. 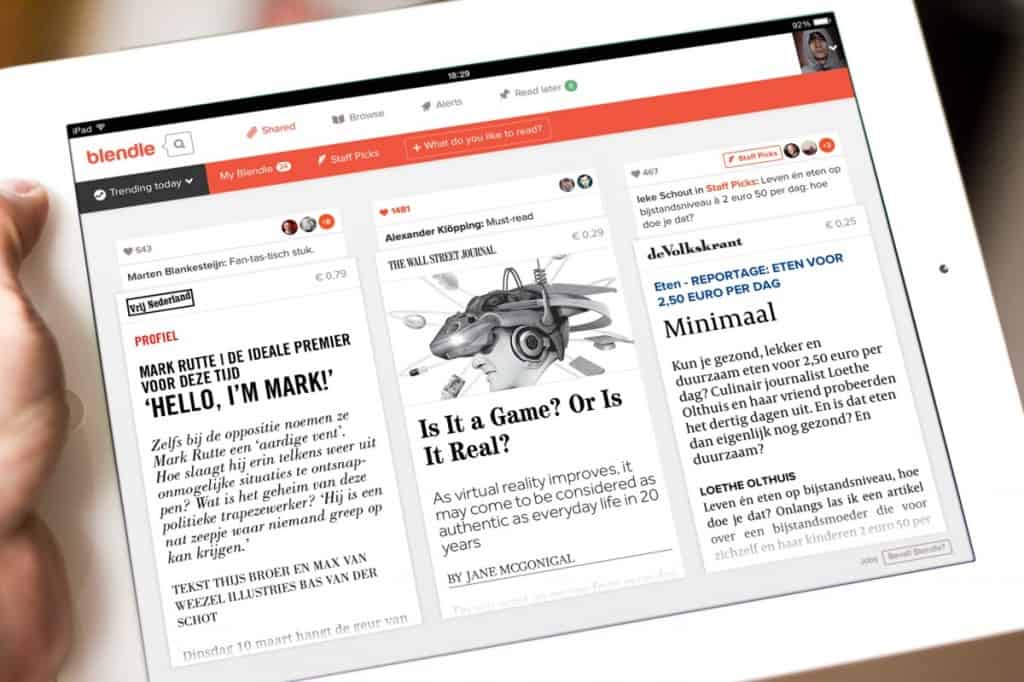 Why Weren’t (or Aren’t) People Paying for Great Journalism on the Web?

For publishers, it’s a struggle for attention. And because of that, many newspapers and magazines publish their best stories for free. Free stories get you a lot of traffic, and traffic can be monetized through advertising.

But more and more publishers realize they can’t build their business on that model. Income from advertising is declining, the competition of Facebook and Google is very strong, 41 percent of younger people are already using ad-blocking plugins, more and more kids are browsing in incognito mode (leaving no cookies at all) and native advertising makes readers and journalists alike very uncomfortable.

As The Economist’s Tom Standage said:

“The Economist has taken the view that advertising is nice, and we’ll certainly take money where we can get it, but we’re pretty much expecting it to go away. I have nothing against advertising as a source of revenue as part of the mix, but I’m kind of amazed that people are trying to do that.”

For that reason, publishers all over the world are pulling up paywalls to diversify their sources of income. Most of them end up with one of these three models:

Every month the newspaper gives away a couple of articles for free. After that, you’ll have to pay up. A screen will notify you that you’ll need to take a subscription if you want to continue reading. This is what The New York Times has been doing since 2011.

For them the model has been working reasonably well. That’s why a lot of publishers are copying this model. The thing is: it might work for a huge newspaper (like The Times) in a huge market, but it won’t for smaller papers in smaller markets. Only a small percentage of people bump to the paywall and an even smaller subset of this group takes a subscription. You need tens of millions of visitors to make this worthwhile.

The good stuff is available for free. But to see the really good stuff, you need a subscription. German newspaper Bild uses this: some articles are marked with a “Bild+” logo, and you need to subscribe (in this case for five euros per month) if you want to read them.

The best examples are the Financial Times and The Times in the United Kingdom. It works if you really, really want to read content from one of these (great) newspapers. Most people just leave the site after three seconds.

Those models all have one thing in common: they all try to get people to subscribe. And that makes sense from the publisher’s perspective ;  if you have a lot of subscribers as a publisher, everything is awesome.

Many people hate paywalls. They make us register again and again at every newspaper or magazine we want to read. And they make us pay monthly fees for entire websites, while there’s all kinds of stuff on there we don’t actually read.

So, we started thinking.

That’s what we launched in The Netherlands exactly one year ago.

We used to pitch Blendle as “the iTunes of journalism.” But Blendle is not only about paying little if you don’t consume a lot. It’s also about the convenience of reading and paying with only one click. It’s about our focus on the very best user experience (our instant refund policy is a good example). And it’s about the way we help users find the premium journalism that they find most interesting.

Over the past 12 months we’ve proven in the Netherlands that there’s a new market for publishers next to selling subscriptions, full issues and advertising. Without spending a single euro on marketing, we gathered over a quarter of a million users. We generate a very decent amount of money (I can’t say how much, unfortunately—only that it’s more than Apple generates for publishers) in our short existence.

Lessons Learned In Year One at Blendle

1. Micropayments for Journalism Can Work

But it doesn’t work for news.

We don’t sell a lot of news in Blendle. People apparently don’t want to spend money on something they can get everywhere for free. People do spend money on background pieces, great analysis, opinion pieces, long interviews and other stuff like that.

2. Our Users Punish Clickbait by Refunding

In 2015, sometimes it feels like the best example of modern journalism is Buzzfeed. Go to any journalism conference, and their logo will be on many, many slides. As a journalist today you might feel that it’s more valued to write clickbaity headlines than to write pieces of well-researched journalism. But, Buzzfeed doesn’t work if people need to pay per article.

At Blendle we see this every day. Gossip magazines, for example, get much higher refund percentages than average (some up to 50 percent of purchases), as some of them are basically clickbait in print. People will only pay for content they find worth their money. So in Blendle, only quality journalism starts trending.

For 20 years, publishers have been chasing pageviews, the metric that counts the number of times people load a web page. As the CEO of analytics firm Chartbeat wrote:

“The more pageviews a site gets, the more people are reading, the more successful the site. Or so we thought. Chartbeat looked at deep user behavior across two billion visits across the web over the course of a month and found that most people who click don’t read. In fact, a stunning 55 percent spent fewer than 15 seconds actively on a page.”

More and more publishers started looking at engagement time instead of pageviews. It matters more to measure engagement in minutes and seconds than number of links clicked.

In The Netherlands, journalists now have access to two important extra metrics for their stories:

If one goes up and one goes down, a publisher is doing great.

(On average, a user asks for a refund in only five percent of the cases.)

4. The Revenue From Micro-payments is Additional

One year ago, some publishers in the Netherlands were pretty scared. Would the launch of Blendle result in cancelled subscriptions? Some even put questions about Blendle in their phone scripts, for when people called to cancel their subscription.

We do now know for a fact that Blendle doesn’t attract their current customers, but a new group that’s currently not paying. And now we’ve figured that out that we can do some great stuff in the coming year. We’ll be working with publishers to integrate Blendle in their apps and websites as we try to stay ahead of the curve for micro-payments in journalism.

Our second year will be about expanding internationally. We’ll see if Dutch people are just crazy, or if we’re really on to something with this micro-payments model. Hopefully it will grow to become a viable alternative for the models of the past—with less reliance on advertising, and more support for great journalism. 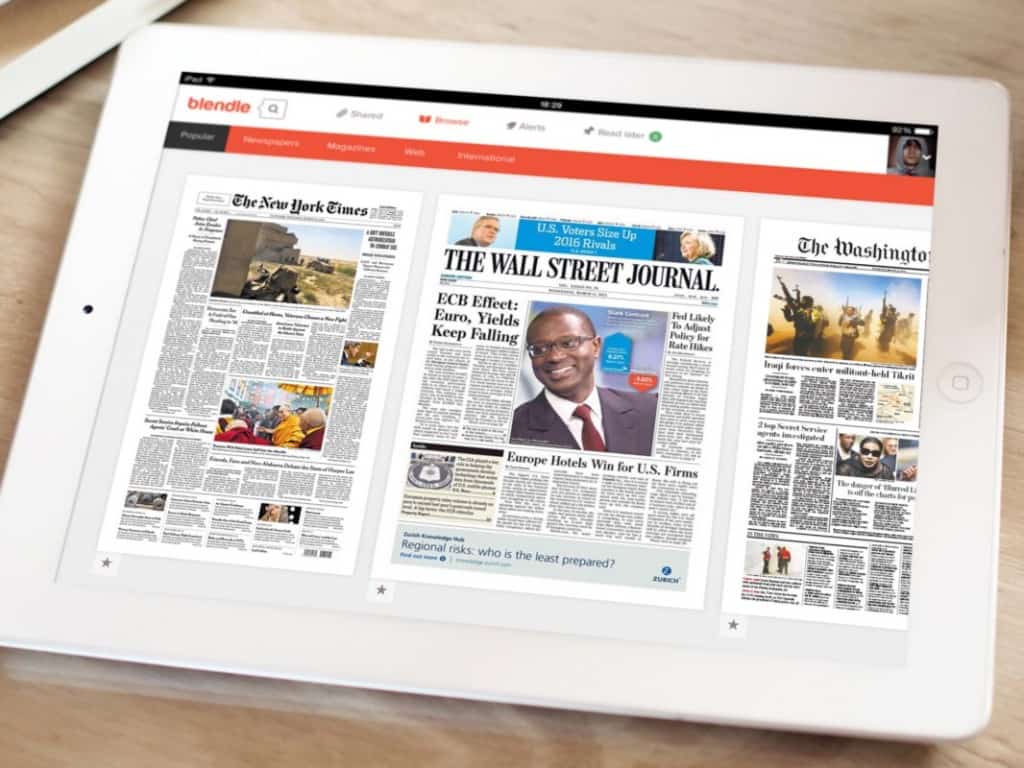 This article originally appeared on Medium.