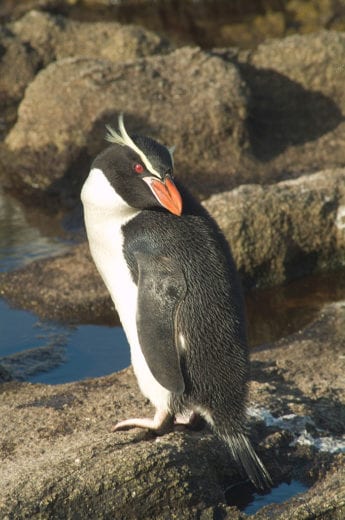 Matt Cutts, head of Google’s Webspam team, posted a video on his blog on May 13 talking about upcoming changes. Most of the seven-minute video features Cutts speaking in his vague-yet-authoritative style, but he did deliver a clear message to spammers when he talked about the upcoming Penguin update – Penguin 2.0:

“If you’re doing high-quality content whenever you’re doing SEO, this shouldn’t be a big surprise; you shouldn’t have to worry about a lot of different changes,” Cutts said. “If you’ve been hanging out on a lot of black hat forums and trading different types of spamming package tips and that sort of stuff, then it might be a more eventful summer for you.”

That’s about as direct as Cutts can be.

Good news, webmasters: Google wants to do more to protect you from hackers. Cutts said the Google team is preparing to roll out the next generation of hack detection and hopes to offer webmasters a “one-stop shop” they can turn to if they find they’ve been hacked. Google will be using Webmaster Tools to alert webmasters about hacking activity.

Cutts said Google is also looking at ways to reward people who are “an authority in a specific space.” So if you’re a subject matter expert, Google wants to ensure the content you write gets higher SERP rankings. And this summer, other changes may affect what you see in a SERP.

It’s ironic how an update named for one of the Earth’s most adorable critters invoked such panic when it debuted in 2011. Panda – now in its 24th or 25th incarnation, depending on who you believe – penalized sites with shoddy content, causing them to rank lower in a SERP or to disappear from search results altogether. But Cutts said Google is looking at Panda and thinking about how to find additional signals for sites that are “in the border zone.” While it’s not clear what Cutts means when he says Google is “looking at” something, one can deduce that sites penalized under Panda might be able to rebuild their reputation by meeting certain quality metrics.

Google plans to crack down on misrepresentation in advertorials. Cutts said advertorials aren’t inherently wrong, but they shouldn’t boost page rankings and they should include “clear and conspicuous disclosures” so readers can differentiate between paid content and organic or editorial content.

Cutts said people should focus on making a great site that users love, return to frequently and want to share with their friends – which could be why one reader posted a comment on Cutts’ blog, jokingly asking whether bookmarking affects SEO.

Oooh, Burn! Abercrombie Puts The Pain Back In Product Branding