Want Your PR Message to be Heard? Then Shut Up. 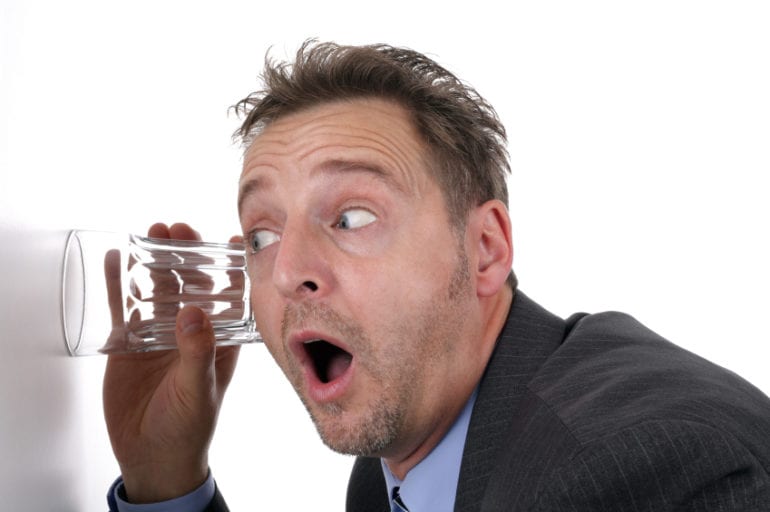 Sometimes, the most innovative lessons in marketing come from unlikely places. They can even be taught in a high school classroom, where students are taught that listening is an important part of learning.

A high school teacher began our afternoon class by telling a story about a cave in Mexico. In that cave was a pool of water. Fish lived in that pool. These fish were unique, he said. He then proceeded to explain how the fish had lived in the darkness of the cave for countless generations and that scientists believed that these fish had adapted over time. Because they no longer used their eyes, their descendants ultimately did not have any eyes at all.

He paused and looked out at the class.

“I thought about these fish last night as I was getting ready for today’s class. After the way all of you acted yesterday, I’ve come to this conclusion: Your kids are going to have no ears and really big mouths!”

He might not have explained the science properly, but we definitely got the point.

I wonder if people in our industry need to be told the same thing. Consider this quote from HB’s Todd Van Hoosear:

“PR people talk too much, and don’t listen enough. You know it’s true. I like to talk. So do you. It’s probably why we’re both in PR. But the best PR people listen more than they talk. They ask about their reporters’ needs, and then find ways to help even more than the latest press release from their client can.”

“I had a really smart boss once who taught me a valuable PR lesson: If you don’t have anything to say, don’t say it. Going one step more, don’t even try to say it, just be quiet.”

Shutting up and working smart

You’ve heard it before: Silence is golden. This is important. And it goes much deeper than a concern about opening your mouth and removing all doubt that you’re a fool. It’s really about the lost art of listening. When you spend more time listening instead of talking, an entire world of opportunity opens up to you.

It doesn’t matter how many tweets you send or how often you blow up someone’s inbox. If you aren’t addressing a need, answering a question or easing a pain point, your recipients are going to listen to you about as well as Charlie Brown’s classmates respond to their teacher. You’re just sending out a lot of hot air and no one is really listening.

Many people think that talking louder, faster and more frequently is a surefire way to get your message heard. In many cases, the truth is the exact opposite. Listening allows you the opportunity to hear what’s actually being said. And when you hear what’s actually being said, you are able to step in at just the right time with the right tool, the right content or the right answer to someone’s question—because you’ve cared enough to listen to someone else’s needs. When you show that you care and can provide value to your recipients, it’s more likely that someone will listen to you. In some circles, that’s known as earning the right to be heard.

So if you want someone to listen to you and pay attention to your message, assaulting your audience with message after message after message might seem like a good idea, but it’s likely to backfire. Take a moment and pay attention to what’s being said in channels relevant to your target audience. In a world where we’re blasted with an onslaught of senseless noise, a simple, targeted response could wind up having much more impact than sending out yet another mass email.

If you want to be heard, sometimes the best thing to do is to shut up and wait for the right time. It might seem counterintuitive, but it makes sense in the grand scheme of things.

After all, there’s a reason you have two ears and one mouth.

The Role of Social Media in Consumer Decision Making