Digital Developments – How Marketing Has Evolved in the Digital Age 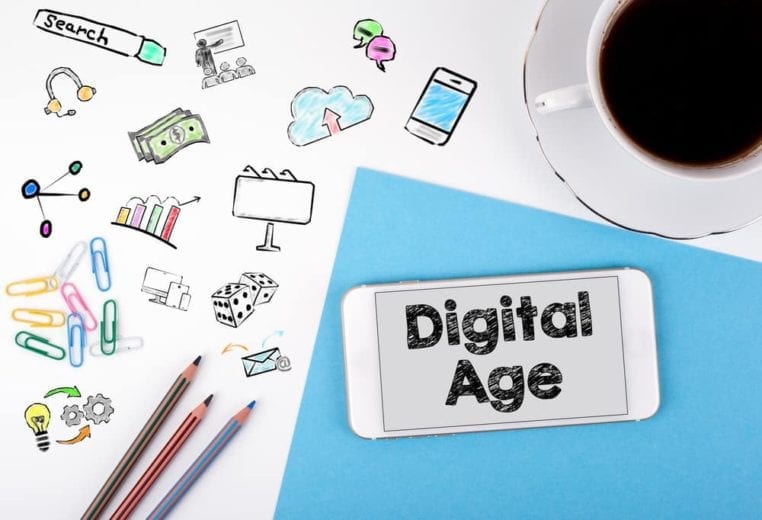 Moving through the history of marketing is fascinating.

Watching trends rise and fall in a period of a decade, instead of hundreds of years like other technology, and being able to see real, tangible results from those advancements is one of the many wonders of the modern world, and it’s no surprise that the current marketing trends are as successful as they are.

Looking at the difference in audiences reached ten years ago and comparing it to the audiences being reached right now is staggering, so much so that we thought to write up the story of the evolution of marketing in the digital age to better illuminate the topic for those that might be new to the field.

Putting the Past behind Us

The digital age started around the mid to late 1990s, spurred into action by the rise and proliferation of the home desktop computer in an affordable price bracket. These computers slowly taking up residence in the vast majority of people’s houses were eventually linked by the advent of the internet.

This sparked off a meteoric climb in the amount of information that could be shared and stored by everybody and anybody, and it wasn’t long before entrepreneurs saw the value in marketing through this prevalent untapped market.

Email advertising soon followed, and it was not long after that companies were posting advertisements on every webpage they could find, and the climb to our current position atop the ladder of functional and affordable marketing was well underway. This early digital age was slow to develop due to the slow progression of technology around the world, and this allowed plenty of time for companies to alter and develop new advertising methods and policies utilizing the new technology.

The Decade of Change

Around about 2005, the internet took on a whole new level of functionality with the introduction of the video sharing website giant, YouTube. Suddenly there were ways to use videos to market to people without the staggering cost and heavy limitations of television advertising, such as 30-second time limits on adverts and costs into the hundreds of thousands for a prime time ad spot. Businesses flourished with this new wave of video marketing, and with the new (and free to use) video service, a new style of digital marketing took hold, dubbed “viral marketing”.

Harder to control and near impossible to predict the success rate of it, viral marketing has remained an elusive and sought after marketing strategy, but digital marketing didn’t stop there. With the quick spread of Facebook, the creation of social media firmly secured itself as one of the many channels of digital marketing, and it remains one of the pillars of marketing in the modern world.

In 2017, digital marketing has overtaken traditional print and television marketing strategies by a wide margin, and more than secured itself as the first port of call for many businesses both small and large that are looking to establish themselves in the public eye. Instagram and Snapchat are now widely used by businesses to advertise specials or deals, new product releases, pop-up stores, and competitions.

As well as this, targeted advertising makes the possibility of advertising a specific product to a specific person who has expressed interest in this product online, which is a hugely powerful tool in the hands of the right company.

Digital marketing has come a long way from its roots in email advertisements, and every year new apps and websites come online and bring new ways to advertise and market, making online and digital marketing more and more viable for businesses as their sole form of marketing.

Damien Tune is a 22-year-old writer from Melbourne, interested in music, technology, animals, and travel. He spends his spare time writing music and playing with various dogs.

Ion Interactive is Acquired by ScribbleLive

Secrets of Writing Profitable Headlines for Your Quality Content

The Beginner’s CRM Guide to Boosting your Sales Pipeline

How to Install a Linux Virtual Machine in VirtualBox

The Opportunities (and Challenges) of the IoT for Content Marketers