“What we observe is not nature itself, but nature exposed to our method of questioning.” —Werner Heisenberg

Never has this been more relevant in the history of marketing as it is today. In an increasingly consumerist world where our unending need for “stuff” can only be fueled by our ability to profit off other people’s unending need for stuff and vice versa, who is really marketing to whom?

A six-year-old throws a tantrum as his mother hurriedly dresses for work. Late for a meeting, she assesses her rather limited options and gives in to a new toy. 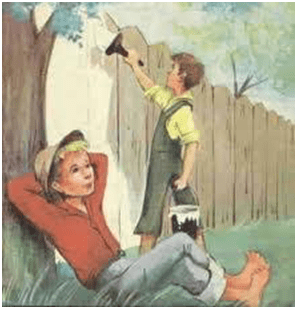 An employee makes a well-rehearsed but tentative pitch for a raise. The employer, in turn, responds by dwelling on the unfortunate state of the economy and dwindling company profits.

The games are always the same. For power.For money.For prestige.

For “stuff” that includes making your teenager clean his room. And call it what you may, the bargaining chip is simply “marketing”.

It can be fear of a child’s tantrum or the fear of getting wrinkles. It can be the hope for a promotion or the desire for a new car. Marketing is so ubiquitous that it makes the word “marketer” an oxymoron. 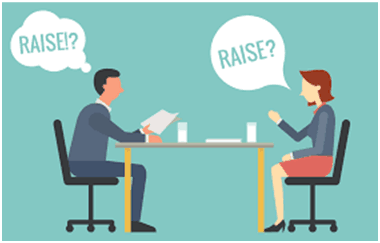 But this is not what this article is about.

This article is about our unending quest to get EVEN better at making other people do things.

And why it SIMPLY won’t work.

The Heisenberg Principle states that the very act of observing a system changes that system. It stresses the theoretical impossibility of ‘complete knowledge’ arguing that the more we concentrate on a “deeper truth” or better understanding of things, the more factors we end up tampering with or even putting into play, ultimately destroying the desired exactitude of our observation.

Let’s take a closer look at the facts.

And yet marketing efficiency is clearly in decline and on a not an entirely unrelated note, Google’s AI still has an IQ of less than a 6-year-old. (Refer to the study below from Voicebot.ai) 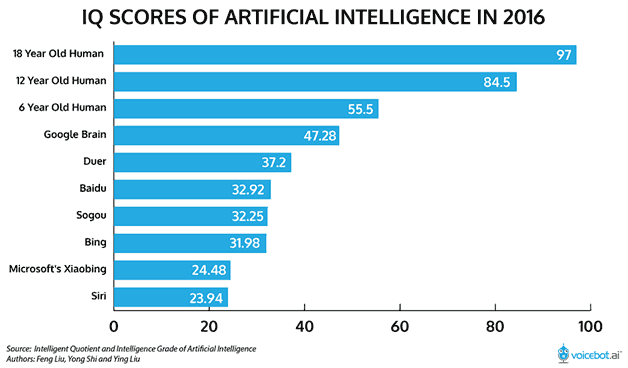 It could be argued that the maddening complexity of optimizing marketing sub-niches compounded by the fast multiplying channels of distribution weighed under mountains of analytical data has placed an inordinately large focus on the very “business of marketing”.

So much so that, for many, maybe the very processes that support “marketing operations” overshadow or at the very least sideline the larger end goal… the customer.

But apart from the obviously detrimental shift in focus, is it also possible that even behaviorally we have reached a point of diminishing returns?

When you know that the celebrity in the shampoo ad is being paid more than your salary for an entire year to say what they do; when you know the genuine-sounding emails in your inbox are part of a strategic drip campaign that monitors your every click and download, why do we expect marketing to work the same way?

The widespread availability of information on the internet has demystified marketing to a point where consumers may still impulse-buy candy at the check-out counter but they know exactly what’s happening and will hold it against you. And Coke may still be one of the most recognizable brands but more and more people associate intake of fizzy drinks with guilt as much as happiness.

Be in licensed guns or nuclear fission, the success (or lack of it) is in the application. Used as another party trick, the best marketing ideas are just a new aspect of the problem.

Don’t believe me? Then maybe it’s time to brush up on an old classic, “Tom Sawyer paints a fence”

I am not advocating a 100% reliance on gut and intuition without leveraging the tools and techniques available to us. I am simply of the opinion that we need to view the horse and cart differently.

We simply cannot afford to outsource our “content” to people who we pay by the hour; while we spend our time seeking increasingly redundant efficiencies that are not even possible in quantum physics.

With more than 20 years experience in marketing, Neema Kapoor is the Managing Editor at Relevance. Neema has been a digital marketing strategist for over 10 years now. Prior to moving to digital marketing, Neema held roles in Sales, General Management and Marketing in organization such as the Taj Group of Hotels, QAI Global, the world’s leading process consultancy and HP. At HP she was the Country Category Manager, for a large and successful line of laser printers. Neema has a degree in Japanese and a post graduate degree in Business Administration. She is also a Certified Scrum Specialist, a training she undertook to bring more agility to content processes as part of her work as a digital marketing specialist.