Crimson Hexagon is also banned from Instagram while Facebook attempts to unravel how the company collects, shares, and stores its user data.

The Wall Street Journal, which first broke the news, was the catalyst for Facebook’s probe into the company. The newspaper claimed that Crimson Hexagon has had contracts with the U.S. Government and a Russian nonprofit aligned with the Kremlin, as well as other organizations, to analyze public Facebook data.

While there is no inherent issue with the company’s analysis of public data, The Journal reported that the company did receive private data from Instagram in 2016, a claim that the data firm is denying and working with Facebook to debunk. 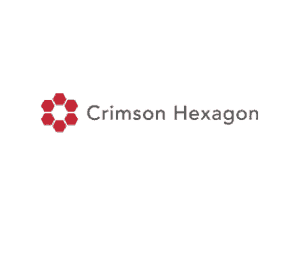 Facebook is currently investigating whether or not the company’s contracts with the U.S. Government and a Russian nonprofit aligned with the Kremlin violate Facebook’s data privacy rules in any way.

A Possible Error on Facebook’s Part

Chris Bingham, founding CTO of Crimson Hexagon, defended his company by stating in a blog post,

“To be abundantly clear: What Cambridge Analytica did was explicitly illegal, while the collection of public data is completely legal and sanctioned by the data providers that Crimson engages with, including Twitter and Facebook, among others.”

According to the Journal, a Facebook glitch may have been partially to blame for the 2016 incident. Sources also told the Journal that Facebook and Instagram employees weren’t available to solve the issue. If this is true, Facebook could deal with its own fair share of fallout.

Based on its investigations so far, Facebook has not found any concrete evidence that Crimson Hexagon obtained any Facebook or Instagram data inappropriately and Crimson Hexagon is being cooperative.

Nevertheless, this suspected data breach could severely damage the emerging company’s reputation and put them in a grim position that may be difficult to crawl out of.

This incident also serves as another setback to Facebook as it struggles to restore public trust after the highly publicized Cambridge Analytica Scandal.

Following the data breach that affected over 87 million users, Facebook suspended and analyzed over 200 third-party apps that had access to user data and rolled out several new data use guidelines for marketers looking to run ads on the platform.

However, despite Zuckerberg’s apologies, new data guidelines, and a digital and TV campaign promoting authenticity and bashing fake news, Facebook is still fighting to reclaim its image.

California governor Jerry Brown also recently passed the California Consumer Privacy Act which forces companies operating in California to be transparent with consumers and provide them with information on how their personal data was used for marketing upon request.

This law ties into the Cambridge Analytica scandal and was put in place to prevent similar incidents from rocking the nation again.

Crimson Hexagon is an emerging AI-powered consumer insights company based out of Boston, Massachusetts.

The company has been making waves in the marketing community in recent years and has built up a list of high-profile clients including Adidas, Samsung, BBC, GM, General Mills, Twitter, and many others.

The company was founded in 2008 by Dr. Gary King and the company has stated that they have,

“instant access to the world’s largest volume of unstructured text and images across social, online public, and enterprise-held data sources.”

The company has stated that its somewhat foreboding name stems from,

“”Crimson Hexagon” described in Jorge Luis Borges’ short story, The Library of Babel.The narrator in Borges’ story describes a library of astronomical size, comprised of almost infinite hexagonal-shaped rooms that collectively contain every possible combination of just 23 letters, a space, a period, and a comma.

Though most of the books are gibberish, the library also contains every valuable book ever written and that might ever be written.”

What do you think about this possible data breach? Continue the conversation in the comments.