How Political Campaigners Can Learn From Digital Marketers 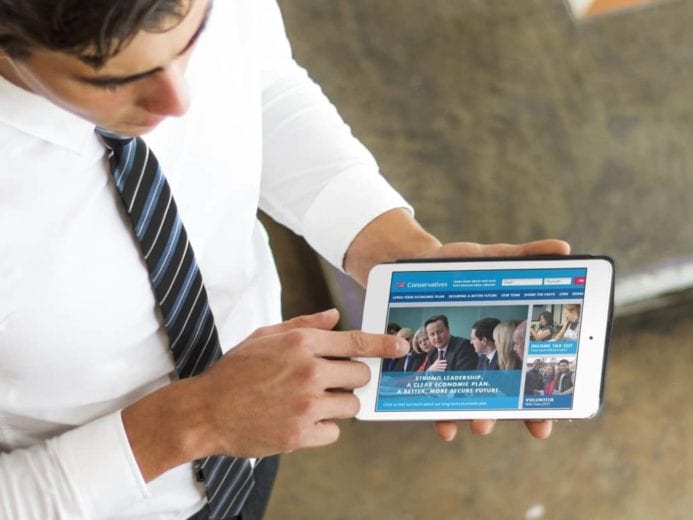 Today in the UK, the most high profile campaign of 2015 gets underway as political parties officially start their bids to be elected on May 7th. Over the coming weeks, UK residents will undoubtedly receive door drop mailers and the occasional knock on the door, as well as see swathes of billboards, placards, and posters in windows and on the streets. All of that has become a familiar part of the electioneering landscape.

You can be sure that a lot of money will be spent on marketing for this election, but the major political parties are missing out on some of the low cost/high return tricks many commercial and eCommerce organizations employ on a regular basis.

In the run up to an election candidates are all attempting to engage and interact with the electorate, particularly the floating, disaffected and first-time voters. And, with the 2015 General Election likely to be one of the most tightly contested on record, the pressure is on to get every vote possible. When you consider that in 2010 only 65.1% of those eligible to vote actually did, you can see there is a huge potential market for the parties to connect with.

I am pleased to say that all of the parties have invested in their websites. Browsing over them this week, it was refreshing to see that they have all placed an emphasis on capturing visitor data. UKIP has a splash page inviting you to ‘Get the latest news & updates from our campaigns’ by signing up with your email address. 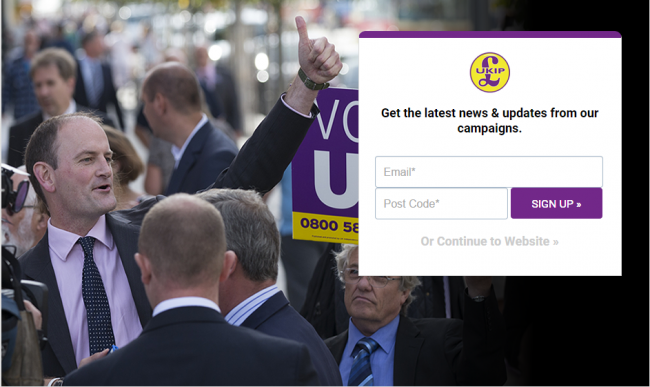 Meanwhile, Labour is doing something similar with its data capture, but goes in to a little more detail wanting to know if you are likely to vote for them and asking why you vote. 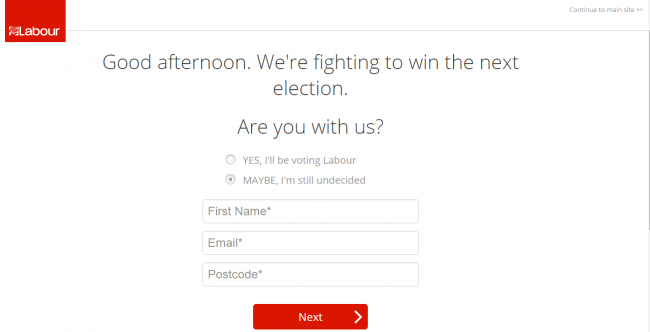 Meanwhile, the Conservatives and the Liberal Democrats are more ‘conservative’ in asking for data. 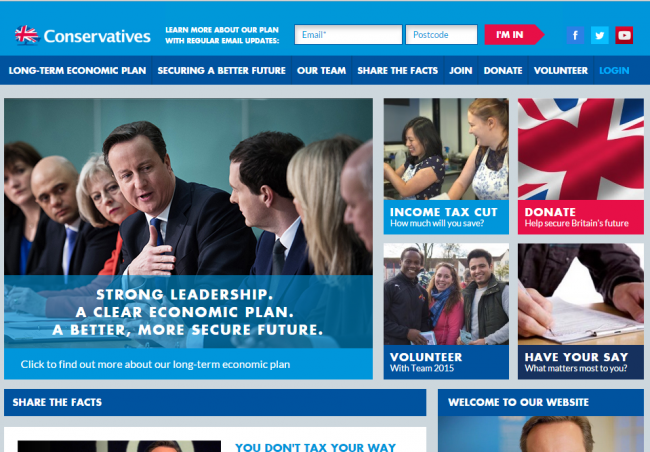 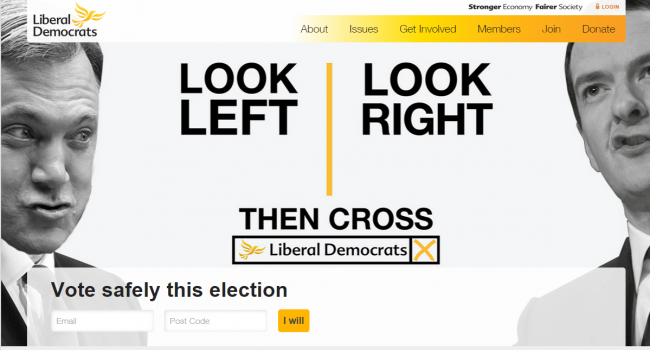 This is all good so far, but delve a little deeper and none of them appear to be ‘tagging’ content.

So if, for example, I click on the policy section of the UKIP website, they may know who I am but they have no way of knowing whether I am interested in immigration or its stance on National Insurance contributions, as everything is all grouped together. It is the same as going to an electrical retailer’s website to find all of their products in one long list; they wouldn’t know if I was interested in a £20 steam iron or a £3,000 television.

Imagine the goldmine of usable insight these parties could collect if they tracked an individual and what they are specifically interested in. This knowledge could be used to inform not only who they should be engaging with, but also on what topics. This is what all good eCommerce sites do – present us with products and services we may be interested in based on our purchasing or browsing history.

Similarly, when I return to the site it would be great if not only was I welcomed back but presented with the latest updates and news items in the topical areas I last read up on. They could also make content recommendations to me based on the recent browsing habits of other visitors interested in the same topics as me.

To take this a step further, once I have left the site the party could send me a personalized follow-up email, using this information.

“Thank you for visiting the _____ website and showing an interest in our manifesto pledge on National Insurance. We hope that we can count on your vote on May 7th. We look forward to seeing you at _____ polling station and if you need any more information please contact us.”

It is a simple, but highly effective, tool. Commercial eCommerce organizations have proven this method as a way to significantly increase sales. And for political parties, a “sale” constitutes a tick against the candidate’s name at the ballot box.

So, while the parties are capturing data and are intending to use it to solidify their presence in our inboxes, let’s speculate further about how political parties could be making better use of this data.

One of the most exciting innovations in email marketing in recent years has been the introduction of real-time content. Regardless of when an email is opened or re-opened, the content the recipient sees is the message the sender wants them to see at that precise moment. So, in the context of an election campaign – where the messages are constantly being changed, shaped and refined – this is could be a particularly compelling tool.

Imagine how effective it would be for the parties to be able to update their email correspondence to contain their response to the latest election story. With real-time images, they can replace content in the email with a direct response to events as they unfold.

It is also possible to embed the candidate’s or party’s Twitter-feed (a social channel all parties have wholeheartedly embraced in recent years) directly in to the email, so the recipient sees the very latest tweets. You can also use a tool known as ‘web crop’ that embeds a section of the website reporting on the latest news, details of a particular candidate, or polling station information. Of course, you can also embed video.

The final real-time element – and one that could help to address issues of poor turnout – is the count-down timer. In the commercial world, the application of such countdown timers is vast and, for this reason, I expect will soon be ubiquitous. They can be used to build anticipation for the start or end of an end-of-season sale, flag a subscription or insurance policy that’s due for renewal or count down to the opening of a new retail outlet or restaurant.

But for political parties, if they want the recipient of an email to take action at the decisive moment, they need to deliver a strong call to action. A count-down timer supplements this call by letting the recipient know exactly how much time they have left to act. In my experience of previous election days, a countdown timer in an email could be the difference between voting and forgetting!

The Future of Political Marketing

By looking at how commercial organizations are using the latest digital marketing and eCommerce tool and techniques, political parties can learn how to better interact with those they are already engaged with, while at the same time engaging with other members of the electorate with whom they would wish to interact more closely (and thus effectively grow their audience).

I am reminded of a comment from HubSpot CEO Brian Halligan, who once said “Content marketing helped Barack Obama win the presidency the first time around, but context marketing helped him win the second time.” As Chad Pollitt contends, “Obama’s first campaign collected Big Data from the electorate. In his second, it leveraged that data to be more one-to-one with the electorate – delivering the correct content to the right people at the proper time.”

E-tailers along with other commercial organizations have had to become the very best they can be to compete in very tough economic times and against stiff global competition. As a result, their operations have evolved to become slicker and more effective than ever in pursuit of small, incremental gains. The political parties would be wise to look and learn.

Eddy Swindell is the Director of Sales & Marketing at Triggered Messaging. Eddy has over 10 years' experience in digital marketing, with wide experience gained at the highest levels in ESPs, helping companies build their digital marketing strategy and systems.