A month can seem like an eternity when you’re waiting for something. In my experience, the best way to pass that time is to research and plan so that I’m ready to fully maximize whatever it is I’m waiting for—in this case, INBOUND 2015.

Which is why I recently started studying the four-day event’s agenda. Did you know there are more than 270 speakers and 170 educational breakout sessions this year? Suddenly that month doesn’t seem like such a long time, given all the scheduling and organization you need to do, right?

What You Need to Know

WHERE: the Boston Convention & Exhibition Center (BCEC) in Boston, MA

WHATS HAPPENING: In addition to daily keynotes and breakout sessions, Wednesday and Thursday will conclude with happy hour networking events. Thursday night entertainment will be provided at INBOUND Rocks, the biggest evening event of the week featuring live music and a presentation from actress and comedian Amy Schumer.

We’ll get to the remarkable list of keynote speakers in a second. First, check out the following five Relevance contributors who will be live on stage at INBOUND. Here’s what to expect:

There is No Fresh Broccoli: A No-nonsense Blueprint for Digital Marketing Success (Thursday, September 10, 12:45 p.m.) 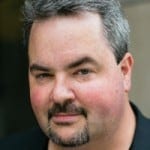 How do I drive more engagement? How do I measure ROI? How do I get more Likes? Who should manage all this? How can we check this box and move on to the next item on our list?

We’re asking the same questions about digital marketing and social media today that we asked five years ago. But why? This isn’t rocket science!

In his trademark “No B.S.” style, industry pundit Jason Falls’s talk will help you understand the six core competencies and activities everyone needs to be successful at marketing their business or themselves online. 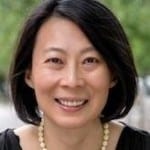 Pam Didner will discuss how content marketing and e-mail marketing work together. She will also share a process on integrating both efforts and scaling them across regions.

Didner’s talk will teach you how to: 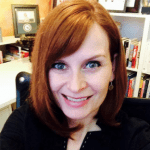 In this session, you will learn: 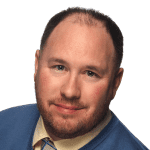 The Internet is a crowded and noisy place for content to stand out in the crowd. And it’s only getting worse. No longer can most brands solely rely on organic search and social to drive the content visibility they so desire.

Interest areas of this talk include: 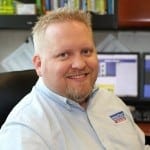 Conferences of this size are designed to appeal to the wants and needs of a variety of people. No matter your role at your organization, it is certain that there will be plenty of breakout sessions designed to help you get better at your job.

What’s also great about conferences of this size is that the keynote speakers are meticulously chosen to appeal to such a wide range of marketing professionals. Whether you’re a recent college graduate, an INBOUND first-timer or a veteran of the digital marketing trade—you are sure to find these keynote speakers to be entertaining and inspirational.

Let’s take a quick look at each of their accomplishments and accolades for a hint about what they might have to share with INBOUND attendees:

INBOUND’s Spotlight series gives attendees the opportunity to hear unique stories of success from influential leaders and innovators. Don’t miss your chance to get up close and personal with the following Spotlight speakers:

Don’t fret; you’re not alone. This Newbies Guide to INBOUND gives you an idea of what to expect and how to make your experience comfortable, both mentally and physically.

Perhaps more unnerving for INBOUND first-timers is the networking aspect, especially at such a large event. Hannah Eisenberg penned an excellent guide to networking at INBOUND that any introvert (or ambivert) will surely find helpful and reassuring.

Have your own tips or advice for INBOUND? Share your knowledge in the comments.