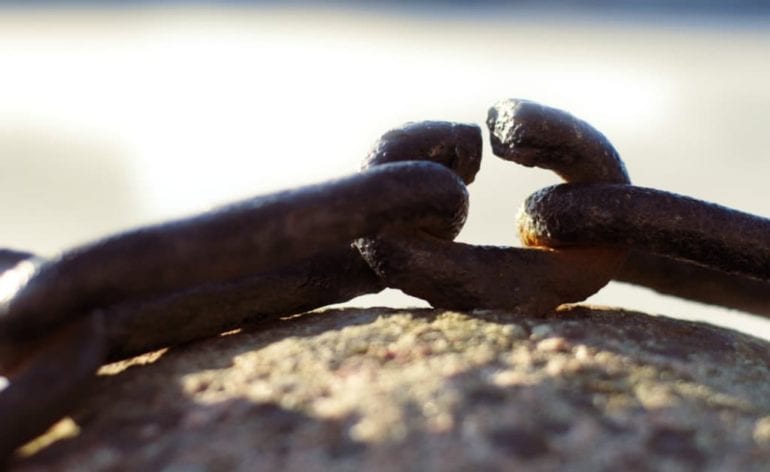 Harnessing the power of Twitter to spread the word about your brand is good for earned media. In fact, a retweet or mention from another person is considered earned by some. That is, you created a message so relevant to the reader that they decide it’s important to share it.

While we could expound on how to write tweets that get shared, Twitter offers best practices, and Gary Moran teaches us how to write the perfect tweet. But what folks aren’t talking about is leading-edge research from the Ministry of Science in Spain and Pew Research Center’s study of Twitter groups.

There’s more to Twitter than the occasional retweet or mention about the latest Kardashian drama. The social network has 271 million active users. Nearly a half billion tweets are sent daily, and over two-thirds of those are coming from mobile devices.

Understanding the dynamics of groups on Twitter will help you create tweets that communicate your message better and increase their chances of being retweeted.

People on Twitter, surprisingly, communicate in much the same fashion as they do in face-to-face interactions. In real life, we form communities and groups to discuss and share information about topics that are top of mind. The Pew Research Center with the Social Media Research Foundation recently discovered that people do the same on Twitter. The study reports that we congregate into six different types of groups:

Political groups, as you expect, polarize and share information among each other and rarely communicate with other political groups. In this case, the old adage about birds of the same feather is true; political groups do, in fact, flock together.

Tight crowds share common interests and have strong connections. You’ll notice this type of group forms around conferences, professional topics, and hobby enthusiasts. These people come together in the name of mutual support.

Brand groups form around products, services or the pop-culture topic du jour, but typically tweet about these things not to these things, and rarely tweet to one another. These groups of people are fragmented and become more so as their numbers increase. In other words, they focus on the topic and are not as concerned with connecting to each other.

Community groups are smaller than tight crowds, which form around a few hubs with their own audience, influential members, and information sources. Think of these groups as exotic bazaars with their own conversations.

Typically, global news stories attract coverage from many news outlets, each with its own following, otherwise called a community group. The World Cup is a good example, as different groups of people tweeted about the progress of their favorite team.

These environments create medium-sized groups and a fair number of isolated people tweeting, but not connecting with other groups.

Broadcast networks form around breaking news as a distinct hub and spoke group in which many people repeat what prominent news and media organizations tweet. People in these networks are usually only connected to the news outlet and not each other. Sometimes within the larger network subject groupies emerge, which could be the tipping point of a broadcast network into a more robust community group.

If you are a business of any size, it’s important to understand these types of groups and communities exist in Twitter. Even more, you should know how to build, join and influence each one of them, because the strategy will be different for each.

In this article, we will examine the inter-workings of broadcast networks, but first let’s learn about what makes up a group before we dive into strategy.

A Brief Anatomy of Groups

Groups and networks are ever-changing. Understanding how they form, how people share information and how they create ties with each other will help you create better engagement strategies. It’s these ties that matter most when the time comes for your company to engage those people. Groups have four very distinct traits:

As we mentioned earlier, groups on Twitter share close ties within their own group, but what connects one group to another are weaker links called bridges. Those people – the bridges between extraneous collections of people – are important for sharing information from one group to another. Keep that in mind, as we turn to the three types of communication most frequent in the social network.

What also matters is how the information is carried through Twitter. There are three main ways people share information in the social network in and between groups: mentions, retweets, and tweets.

People inside groups use mentions to identify a person with whom they want to communicate. As these increase over time, so does the strength of those ties. Conversely, people who retweet a link to a content source create links, but they’re weaker than mentions because the information is not directed to someone. Rather, it is perceived as a general all-points bulletin. Researchers at Pew found bridges retweeted more between groups, while mentions occurred more frequently inside groups in Twitter.

Why Broadcast Networks Are Important to Your Company

As businesses increasingly seek out ways to earn media for their brands, it’s important to influence news as it breaks. Companies like Wordstream pulled this off with their report comparing the Facebook advertising and Google Adwords platforms on the heels of Facebook’s IPO announcement. Ideally, you want to be the center of attention, as Häagen-Dazs did with honeybees.

The “Häagen-Dazs Loves Honeybees” campaign is an early example of digital earned media. Writing for

Other outcomes of the ice cream company’s campaign put the brand at the center of a broadcast network that reached far beyond Twitter:

In addition to these results, Häagen-Dazs used Twitter to create its own broadcast network by influencing other, like-minded environmental groups. Writing for AdAge, Karen Egolf reported that the company worked with ExperienceProject.com and “drew more than 56,000 unique users and added almost 12,000 new supporters.”

“To help expand the effort, Häagen-Dazs added Experience Project’s TwitCause, the largest social cause portal on Twitter, to encourage people to spread the campaign message while raising money through Tweets,” wrote Egolf.

In the first example with Wordstream, Kim influenced the media on the heels of breaking news and infused his company’s study into the broadcast network that was buzzing with the Facebook IPO announcement. Remember that people tend to retweet breaking news, so when Kim’s news broke, and it was related to the social network’s announcement, it too became a new and different news angle. He used the news of Facebook to attract attention to his company. This approach is known as news-jacking, a term David Meerman Scott coined.

Häagen-Dazs took a different approach by creating its own broadcast network and attracting media attention to a larger environmental issue. This is the second way to build a broadcast network, albeit more challenging and time consuming. However, I believe this is the natural trajectory of content marketing.

In media, movements get attention. Such opportunities to create and unify groups across social networks aren’t common and require groundbreaking research, grassroots mobilization, and news backed by top-tier media to be successful. Movements are rare, but when they encompass a large social issue that’s relevant to the brand, companies should be quick to get involved

Earlier, we looked at research that indicates retweets are the product of weak links among Twitter groups and networks. Research from Dan Zarrella gives us some empirical evidence about the power of retweeting. There are several actionable points we can take away from this study to improve our engagement in broadcast networks:

Earning clout inside broadcast networks requires brands to publish content that is – first and foremost – newsworthy. Your information should be timely and speak to a larger issue in the industry you serve. Is there news occurring that your company can build from, such as Wordstream did? Alternatively, are there larger issues that could impact more than just your industry? Häagen-Dazs capitalized on a public issue that affected the entire planet’s food supply. They raised the public’s awareness of the honeybee colony collapse and turned the issue into a movement.

Understanding the group dynamics of Twitter makes it easier to hone in on the types of users a brand needs to amplify their message. Broadcast networks are the typically the most effective, as these groups form around breaking news and insights and are apt to repeat what prominent news and media organizations communicate. Whether you’re news-jacking what the media is already talking about or leading the movement at the center of the discussion, leveraging your weakest Twitter links – those bridges between extraneous collections of people – is one of the best ways to disseminate your message across a variety of groups.