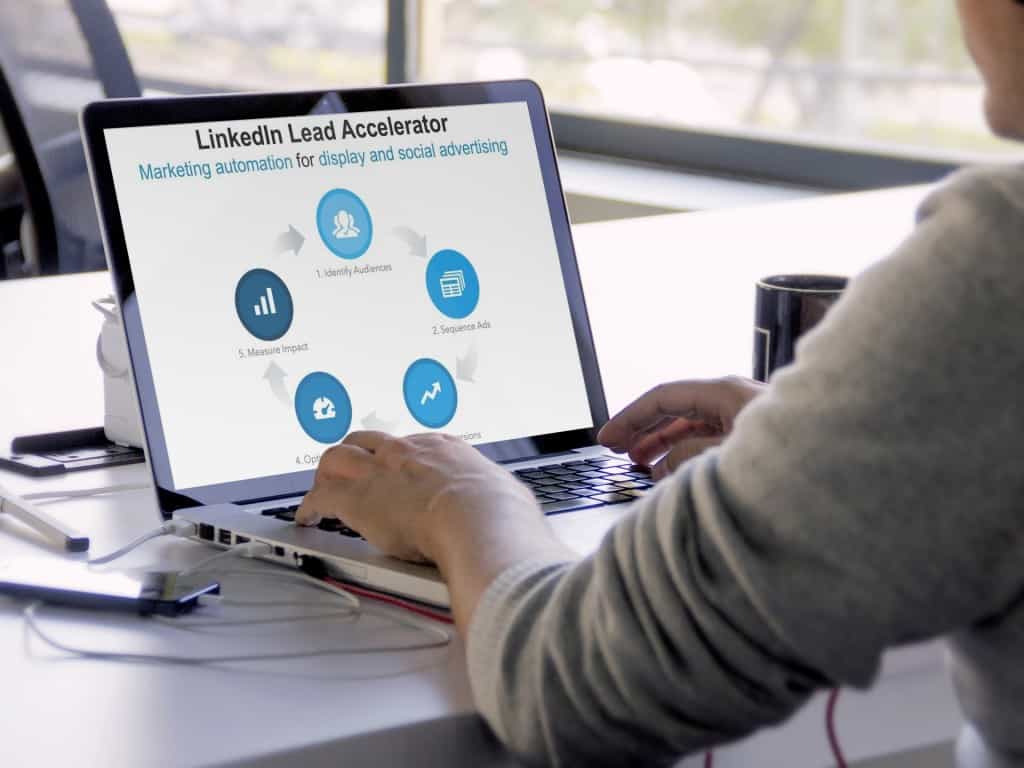 With their new Lead Accelerator, LinkedIn has announced their entry into the big leagues. The business networking company now stands at the center of a major ad display network to show ads off-platform, across thousands of publisher sites. The professionals’ social network already has about 350 million registered users and is adding users fast. Clients of the lead accelerator will gain access to those users but also have their ads delivered to a network of thousands of business focused websites.

When LinkedIn acquired business marketing company Bizo in the summer of 2014, everyone knew it was going to be big. At the time, LinkedIn was pretty tight-lipped about the possible consequences of the buy, only speaking in fairly general terms about plans for the future. Now, with the announcement of LinkedIn’s Lead Accelerator, their plans have been revealed. It seems that LinkedIn has fully integrated their acquisition, and are undergoing the same type of transition undergone by Facebook a year ago.

What led up to this? In the time before their Bizo acquisition, LinkedIn identified a problem with lead generation. Namely, it barely worked. Basically, people rarely reach out for salespeople. The statistics support this position: Ninety-five percent of website visitors never provide contact information to marketers, and of those five percent who do, only 20 percent of them ever engage with the emails they receive. This results in less than one percent of possible leads reached. Obviously, this had to change.

The Lead Accelerator tool employs technology from the Bizo acquisition; their so-called Multi-Channel Nurturing product is the new tool’s direct predecessor. It includes auto form fill to increase conversions and lead generation, as well as some unique analytics tools. It is available with a quarterly or annual subscription. LinkedIn says this tool represents the merging of their own content marketing expertise and huge user base with Bizo’s lead generation and analytics savvy.

Preliminary pilot customers, including some fairly heavy hitters, have reported great results. LinkedIn reported in their announcement of the tool that they allowed over a hundred pilot customers to test the tool, including “eCornell, Lenovo, Localytics, Salesforce, Samsung, and VMware,” and these customers experienced great results. For example, “eCornell doubled its landing page conversion rate, while Localytics’s marketing-qualified-lead conversion rate increased by 50 percent. Additionally, Lenovo’s cost per lead decreased by 60 percent.”

So what does this represent for LinkedIn? As said before, LinkedIn is following in Facebook’s footsteps and transforming from a pure social network (with emphasis, in LinkedIn’s case, on the “networking”) and becoming a hybrid marketing and networking service. However, by focusing on lead generation and B2B, it’s retained that which set it apart—its focus and emphasis on business and professional relationships. All in all, the launch of Lead Accelerator is perfectly in character and completely on-brand for LinkedIn, and who would expect otherwise?

Nick Rojas is a business consultant and journalist who lives in Chicago and his hometown Los Angeles with his wife. His work often discusses social media, marketing, and branding in regards to small and medium enterprises (SMEs).

The Upside of Acknowledging the Downside

Owned, Earned and Paid Media Should Integrate, Not Seperate