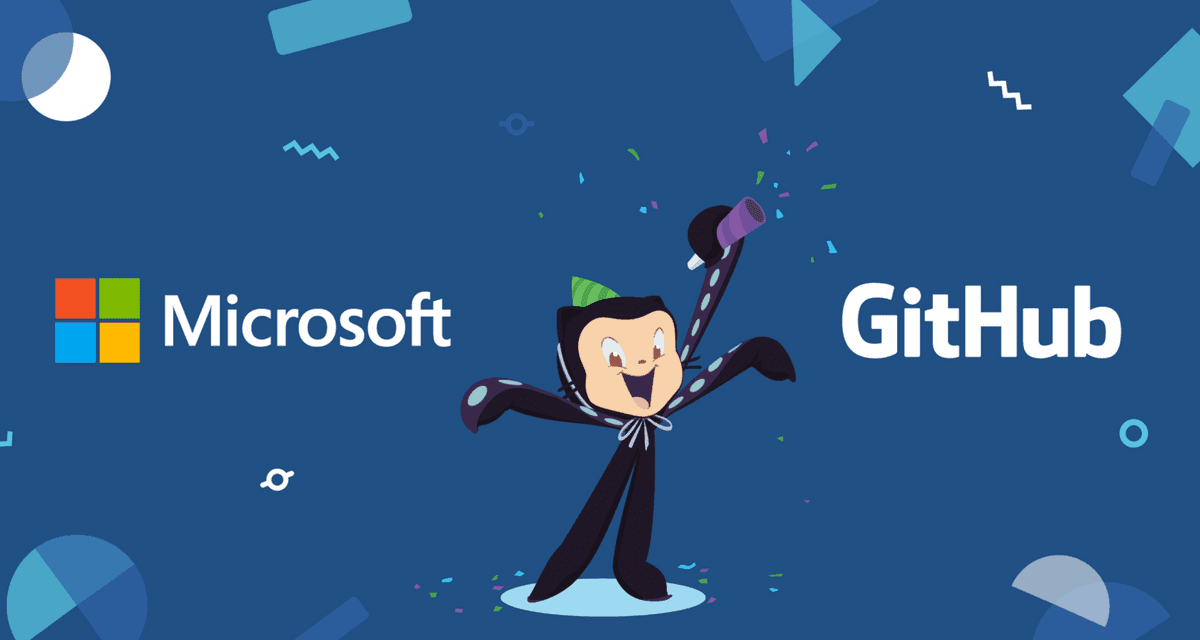 Microsoft Acquires GitHub in an Attempt to Empower Developers

Microsoft has officially snagged popular coding platform GitHub in a multi-billion dollar deal. Microsoft confirmed the acquisition on Monday. For those unfamiliar, GitHub is a software development platforms that hosts over 85 million code repositories (archives).

[bctt tweet=”Microsoft acquires software development platform GitHub for $7.5 billion. Here’s what you need to know about the massive deal.” username=”relevance”]

We're thrilled to announce that we've entered into an acquisition agreement with @Microsoft! https://t.co/4DezuXTJfV pic.twitter.com/LUZxjXFVVw

Since its inception in 2008, GitHub has surged in popularity among software developers who use it to host projects, code, and documentation. Tech giants like Apple and Google and recognizable companies like IBM, NASA, Bloomberg, Spotify, and Airbnb all use the open-sourced project management platform and it was last valued at $1.9 billion.

This acquisition reflects Microsoft’s changing attitudes toward open-source tools; tools it once perceived as a threat. Microsoft’s recent warmness to open source could bring them some much needed respect and trust from the developers and coders who have turned GitHub into somewhat of a cloud-computing social network.

“We have been on a journey with open source, and today we are active in the open source ecosystem, we contribute to open source projects, and some of our most vibrant developer tools and frameworks are open source. When it comes to our commitment to open source, judge us by the actions we have taken in the recent past, our actions today, and in the future.”

Intelligent cloud computing has quickly become ingrained in our society and cloud coders will arguably become our world’s future developers and global tech challenge solvers. Because of this societal shift, corporate giants like Amazon are transforming themselves into cloud computing service providers.

Amazon (the current leader), and others, are cementing themselves as viable cloud platform providers to attract developers to their platforms and build stronger, lasting relationships with them.

In the first of three opportunities laid out by Microsoft, Nadella promises that the GitHub acquisition will help Microsoft “empower developers at every stage of the development lifecycle – from ideation to collaboration to deployment to the cloud.”

This further proves that this acquisition is partly a result of Microsoft’s desire to forge bonds with cloud coders and developers, resulting in more software applications and in turn, more profit.

Nadella then mentions that Microsoft will “accelerate enterprise developers’ use of GitHub, with direct sales and partner channels and access to Microsoft’s global cloud infrastructure and services.”

In the third opportunity discussed, Nadella claims that GitHub will enable Microsoft to bring developer tools and services to broader audiences.

The Microsoft CEO made it clear that GitHub will remain an open platform and that developers will still be free to use their choice of programming languages, tools and operating systems of for their unique projects. They will also still be able to launch their code on any cloud and any device.

Satya Nadella chats with Bloomberg about the acquisition below.

Current GitHub co-founder and CEO Chris Wanstrath stated in a blog post that Xamarin founder Nat Friedman would assume the role of GitHub CEO after the deal closes. Wanstrath will be taking on a new, unspecified role at Microsoft.

GitHub has consistently affirmed that it will retain its developer-first attitude and that it will continue to support developers in their choice of language, code, or cloud.

This acquisition may not only bridge the gap between cloud developers and Microsoft but it may also bring marketing teams closer to the inner-workings of code.

As Microsoft begins to integrate GitHub into its developer tools, marketers and other non-technical professionals will have a chance to get a better, more hands-on understanding of backend concepts typically reserved for coders.

Let us know what you think about this acquisition in the comments. How do you think it will impact content marketing?