With $4,500 we felt confident that we could drive subscribers, leads and boost the overall awareness of the site. Ultimately, we’d hope to prove the effectiveness, or lack thereof, of each individual channel and double-down on what worked.

It ran for six weeks and the results were surprising. Let’s look at each individual channel to see what happened.

Confidence in Facebook as a content distribution channel was high. Its custom audiences feature allows marketers to upload a current email list. Afterward, Facebook finds those individuals and looks at the attributes they have in common in order to target folks across its network with similar attributes. This type of algorithmically-powered targeting has many advantages over other types of targeting. 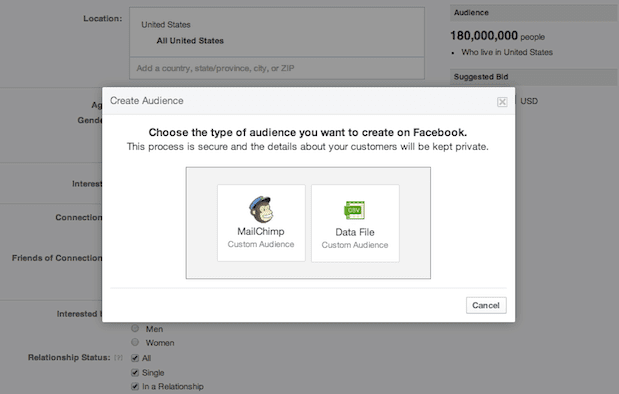 If your primary goal is to drive awareness and traffic to articles, Facebook is a good network to distribute content on. It’s relatively cheap compared to the others. However, if your primary goal is leads or subscribers, promoting individual owned media articles is not recommended. The campaign would be better served if the promoted post sent people directly to a landing page for conversion.

We’ve experienced success promoting offers in the past using LinkedIn, but this time was different. This was the first time we exclusively promoted individual articles for content distribution. One of the targeting advantages it has is the ability to focus campaigns on Groups. LinkedIn has robust communities full of people with similar interests that congregate around certain Groups that would find Relevance content useful. We chose to promote three separate articles and A/B test one of them. 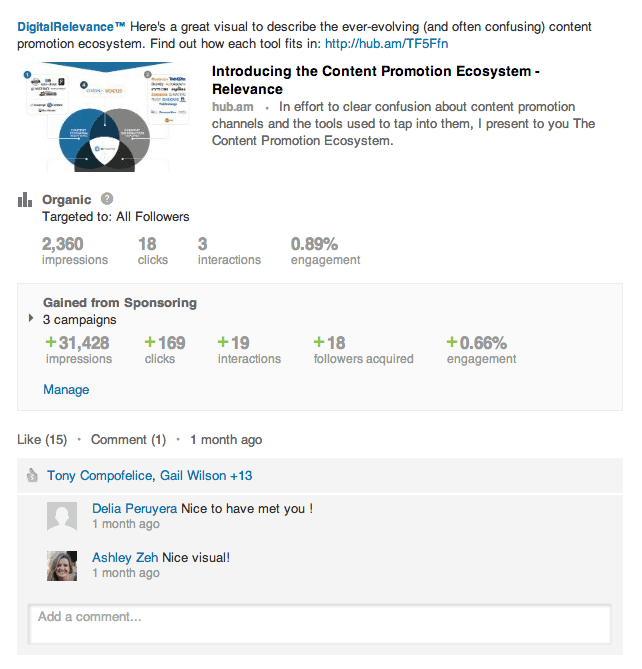 At almost eight dollars a unique visitor, LinkedIn is an expensive network to natively promote owned articles. While the targeting of roles and interests are valuable, the cost makes it difficult to scale article distribution in a meaningful way. LinkedIn is best suited for promoting offers like ebooks, guides, studies, and webinars.

This was the wildcard channel of the bunch. We knew about Twitter’s power to distribute content organically. What we didn’t know was how effective it would be with paid distribution. We started off targeting specific lists filled with our target audience. Later, we shifted the targeting and focused on keywords. After shifting the targeting we noticed an improvement in engagement. 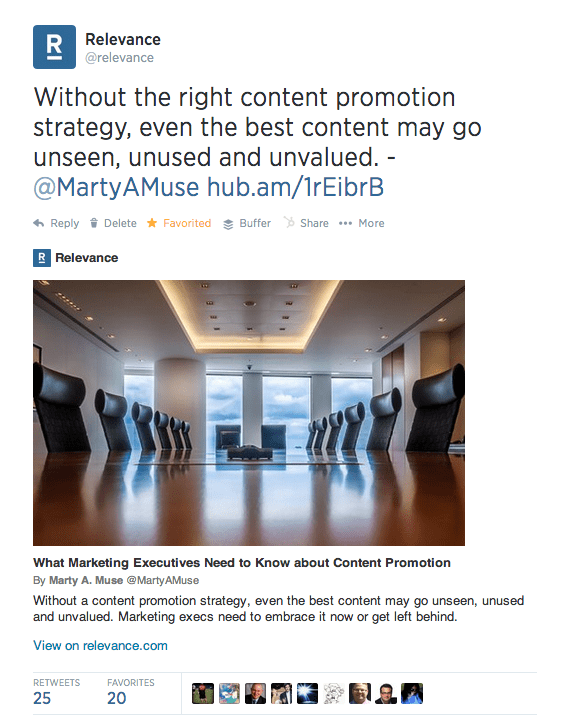 One of the disadvantages of using Twitter for content distribution at scale is that instead of paying per click, marketers actually have to pay per engagement. That means retweets, replies, favorites, profile views and clicks on hashtags and links are all considered engagement. In our case, we were trying to drive users away from Twitter and back to Relevance. Unfortunately, that was only one of six engagement opportunities users were faced with.

As a result, we were unable to get a single subscriber or lead from Twitter and spent the largest portion of our budget for mostly channel engagement. The costs associated with Twitter advertising makes it the least ideal channel for distributing content at scale. Advertising as a means of driving traffic to, and conversions on, another website is not recommended because it’s not cost effective. This could change in the future only if they can develop a cost per lead or cost per action model.

We also noticed that there’s a large and loud community of Twitter advertising trolls that harassed all of the tweets we promoted. It was annoying at best and bordered on threatening at worst. This is something Twitter is going to have to work on if they want to significantly grow its ad revenue.

Twitter advertising is best suited for driving brand awareness, social engagement and share of voice on its platform. Grabbing hashtag space for events and trends is also an effective way to use the paid side of the network. However, for our stated goals, this proved to be a big disappointment.

Content discovery networks are really picking up in popularity. As a result, we decided to throw Outbrain in the mix with the native social campaigns. For targeting, we chose audiences in the U.S., Canada, and the UK. In total, we promoted 15 articles on this network over the course of six weeks. 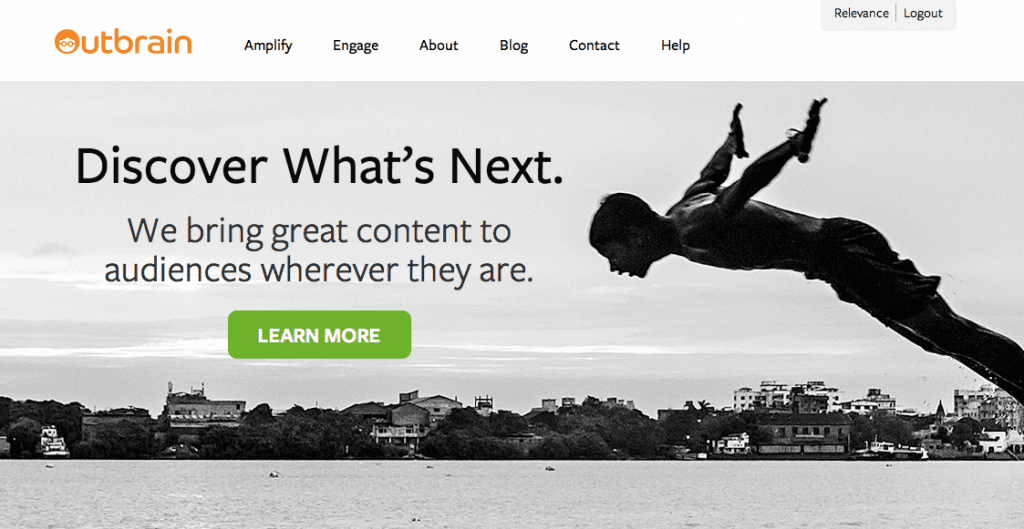 Content discovery platforms like Outbrain were built to distribute content at scale to very large audiences. It’s no surprise that it was the most effective of any channel at delivering cost effective traffic and leads. This channel is particularly suited for brands that produce blog content on a regular basis and wish to get it seen and read by more people.

Using and scaling paid social distribution for owned articles is not recommended on LinkedIn or Twitter. LinkedIn is just too expensive and Twitter isn’t necessarily built for distribution at scale. On the other hand, Facebook, if properly targeted and optimized, can be a cost-effective channel for content distribution at scale. Just don’t expect it to produce many conversions.

However, content discovery networks are the most cost effective solution for scaling distribution. In hindsight, collecting subscribers from all channels could have been much more effective if we would have deployed a subscribe pop-up call to action on Relevance.

This test ended at the end of last month and we’ve already implemented another one on new channels. Early results are showing $0.065 per visitor and each visitor’s bounce rate is no greater than normal organic traffic. They’re subscribing and converting, too. This might just be the most cost effective and scalable content distribution solution available for the web today. We hope to have the results available in the next few weeks, so stay tuned.

For additional help getting your content promotion and distribution off the ground download this cheat sheet and read, “How to Promote Your Content Better, Faster, and More Effectively.”

Prev Next
16 Comments
Leave A Reply
Cancel Reply
Join Over 40,000 of Your Industry Peers Who Receive Content Marketing News and Updates.