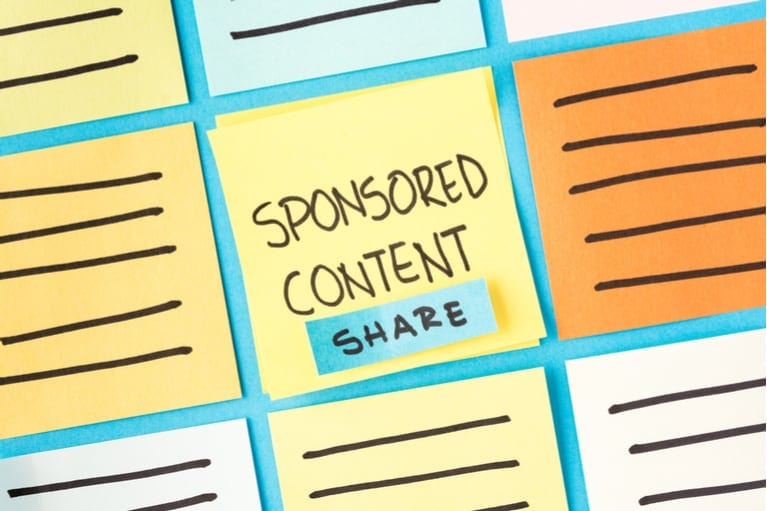 As paid content placement continues its emergence into mainstream media buys, there are still plenty of skeptics around the conference table. Even when you provide folders full of case studies and testimonials to support your plea to pursue the maneuver, there may be objections.

Here a few real stories from the last year that capture some of the concerns my team of content marketing advocates have encountered from those professionals afraid to pull the trigger on pursuing paid content with our media outlet.

The “PR should be free” objection

Jamie thought she had just closed a deal with an elite educator to run paid content about their school. She sent the contract over for a signature and waited. And waited.

A few weeks later she received this brusque note:

“We have plenty of stories to tell, but we don’t pay to have those told. Those should be covered by the news department.”

This objection points to a very basic misunderstanding of content marketing – that it is for news too bland or boring to get picked up by the newsroom.

First, newsroom priorities have to focus on the day-to-day coverage areas for which they exist. Some days may leave room for stories about a progressive prep-school, but some days won’t. Paid placement guarantees a spot that will garner audience.

But the larger point missed by this objection is that content marketing should be used for brand engagement – not alerting the masses. Real engagement in the written form doesn’t happen through a press release, it happens through long-form storytelling. And those types of stories are a much harder sell to a beat-driven journalist. Use paid space to take the audience below the surface of their day-to-day knowledge about you.

The “This is dishonest” concern

I’d just made a presentation on content strategy to a roomful of long-time employees at a well-established and esteemed ad agency. One of the senior members of the team raised his hand.

Like most forms of messaging-meets-technology, paid content had early advocates who either misused or made a misstep around the tactic. Companies that create content-touting widgets have left a bad taste in the mouth of many with their click-bait headlines. And even The Atlantic – now quite proficient and innovative in native realms – made an infamous blunder back in 2013 by not being clear when accepting and framing content from the Church of Scientology.

The assumed disingenuousness this left some harboring has been a particularly damaging misperception since paid content only actually works when it does NOT mislead the reader.

What makes sponsored content powerful is the context in which it is placed. A brand can create great stories, but paid placement only works when the outlet promoting it has an audience willing to engage with advertisers.  And such an audience is only developed through long-term trust building.

Content that is put together in association with a trusted brand and is explained as such – complete with a headline that doesn’t beg for sensational clicks – creates boundaries with a reader that leverages the trust that brought him to the publication in the first place.

When looking for the right places in which to pursue placement, a marketer must be aware of how much brand equity a publisher is willing to pass on to their paid content partners. The value of this can’t be undersold or bought out of a bargain bin.

When done right, the publisher serves as the proxy of a person recommending a fresh find to an old friend. Information and suggestions are always more worthwhile when someone proven to know your tastes tips you off.

Carla had the attention of several accountants. They politely let her tell them about the benefits of creating content that made the accounting profession interesting to everyone and positioned their firm as the go-to authority in the market.

“We like what you are saying,” they agreed when she finished. “But we will be honest.” The leader took a breath. “Um. We just don’t want to be the first firm to do this. Let us know when someone else in our industry is doing this type of marketing.”

Sociologist Mark Granovetter created an idea he calls the ‘Threshold Model of Collective Behavior’. It’s an interesting dive into what makes people do and not do things, but in its most simple terms, it all amounts to peer pressure. Granovetter posits that every person has a certain “threshold” that dictates how many other people have to do something first in order for him to do it. Many folks have a fairly high threshold. And marketers – with shrinking budgets, multiple hats to wear, and increasing scrutiny from above – may be extra prone to this phenomenon.

Around the office, we refer to this as the “purple pants” problem. Most people aren’t going to wear bright purple pants in a room filled with strangers – unless there is a promise that there will be others doing the same. It’s like being worried that no one else at the Halloween party will be wearing a costume.

Paid content may make plenty of sense on paper to someone, but when colleagues and counterparts in other organizations within an industry don’t seem to be trying it – and you think there is an internal fight to be had to convince a boss or a board, not to mention a fear of potential failure and the great unknown – it’s much easier to stick to the things one has always done.

Almost always, once we get a single client from a particular industry to try paid content, we get unsolicited calls from their competitors. It’s happened with universities, banks, and insurance companies. Maybe soon it will happen with some accountants.

The “We’re just not that interesting” conundrum

A phone call meant to discuss marketing with a rep from one of the largest law firms in the world (with offices on almost every continent) contained this statement:

“I like this concept of marketing through storytelling, but I am just not sure the firm has more than three stories to tell.”

I call this “the middle school response” because it’s anchored in a weird low “brand self-esteem.” We’ve heard it levied before the conversation even gets started as people write off their entire industry as “unsexy” or “not that interesting.”

When I worked as an on-air morning radio personality early in my career, I was cast with a co-host who told me she didn’t have any personal anecdotes worth discussing during the show.

“Nothing interesting ever happens to me,” she said, straight-faced and believing herself.

In the breakroom after the show, she mentioned she had birds nesting in her garage and couldn’t get them to go away. I told her we had to take that story into the studio and on to the air. Years later we would still get calls from listeners who wanted an update on the interesting avian issues she had encountered.

Everyone – and every industry and business – is full of stories to tell. Many have just never had help unearthing them, someone to peel away the layers of mundane and identify what sets them apart. This is where those offering the opportunity to try paid content have to be ready to help. Somewhere within the service of connecting brand and publication there must be a creative pitstop. Empower your team or yourself to promise (and deliver) creative guidance and ideas in designing the storytelling needed for an effective paid content campaign.