Every year around this time Mary Meeker puts out her famous Internet Trend Charts.

I cover them every year because I think she has found a way to show all the amazing change the web has brought to our lives, the world of business and especially for us marketers trying to reach the digital consumer.

There’s 164 slides in her latest deck, so I have pulled out the nine Internet trend charts you need to see…

Mobile still has a ton of growth

According to the report, only 30 percent of the 5.2 billion cell phones on the planet are smartphones. That’s a whole lot more data and content usage to come once the remaining “feature phones” are replaced with smart phones.

A couple of slides later, the report details how global mobile internet traffic has increased from 14 percent last year to 25 percent this year. 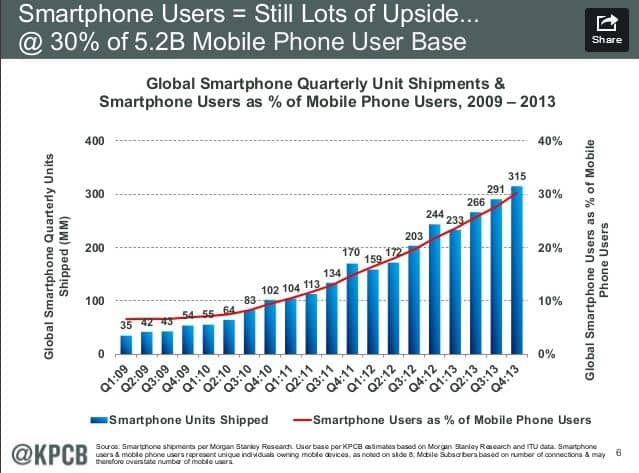 Advertising on both desktop and mobile is rising vs. last year. 2013 saw a 16 percent increase in advertising revenue as brands chase the attention of elusive digital consumers. 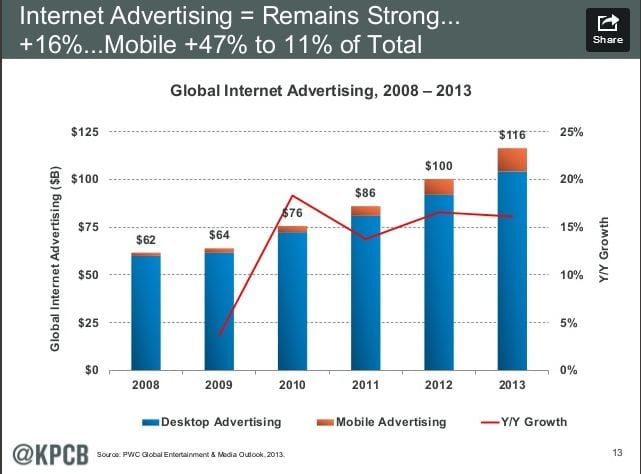 Huge gap in spend vs. time spent in digital advertising

One of my favorite chart from Mary every year is this one showing the gap in spend vs. time spent. The opportunity gap is getting larger from $15 Billion 2 years ago to $20 Billion last year, and now we see a $30 Billion gap.

Mobile shows the largest opportunity while print and TV show over spend and could face downward pressures as brands shift their spend to digital.

According to this chart, technology market valuations are right in line with the (increasing) long-term historical averages at 19 percent and nowhere near the exuberant 35 percent we saw during the dotcom peak in 2000 of 35 percent. 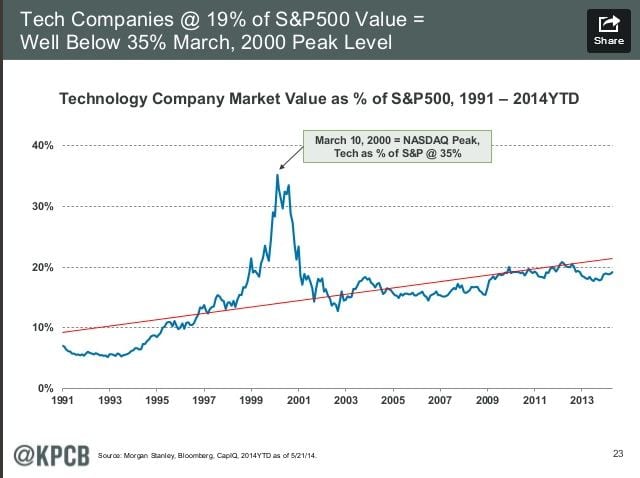 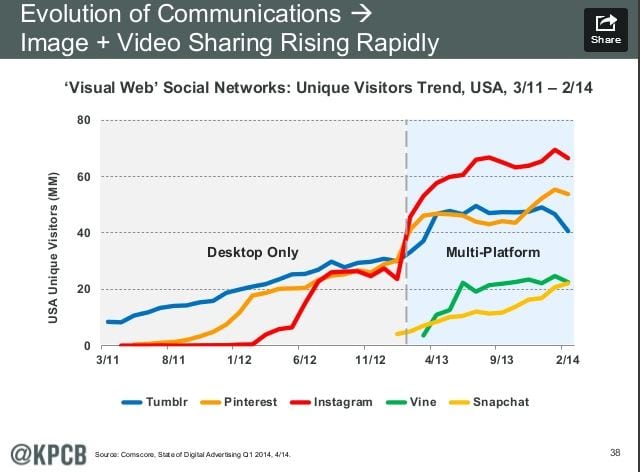 Buzzfeed and Huffington Post have mastered social distribution by relying on Facebook and Twitter to help reach new audiences who respond to their lists, quizzes, breaking news and quirky coverage. 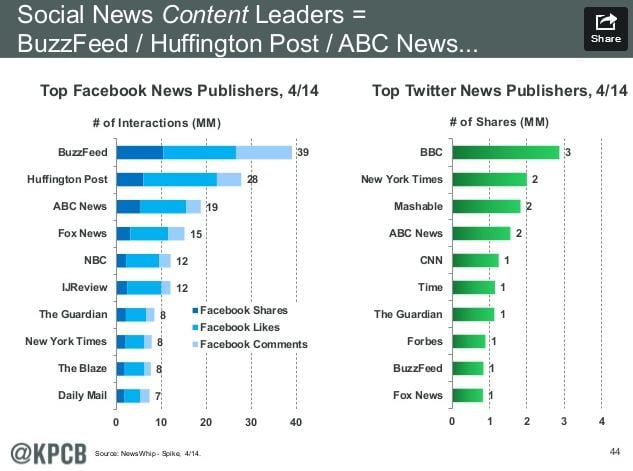 I think Mary nailed it with this chart on the Internet Trifecta of content + community + commerce. Forget the 4 P’s. This is probably the most concise way to summarize marketing in the digital age. 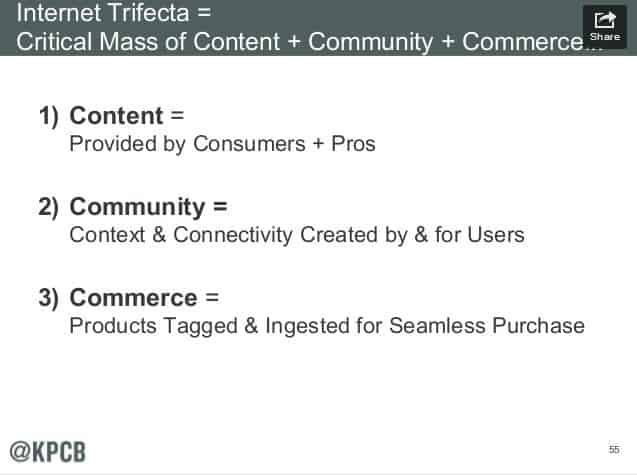 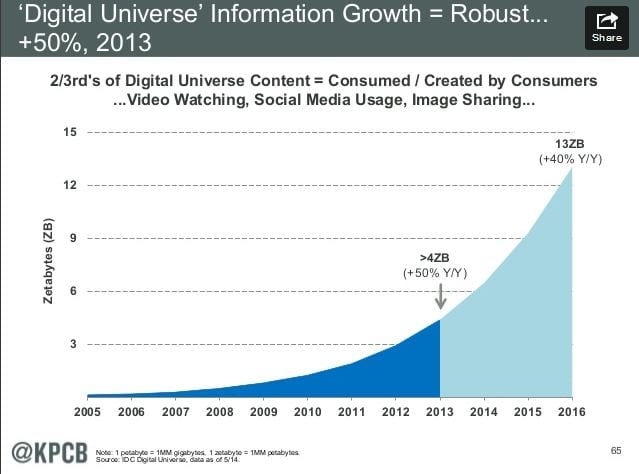 Smartphones are the screen people choose to watch most of their video programming in most countries. 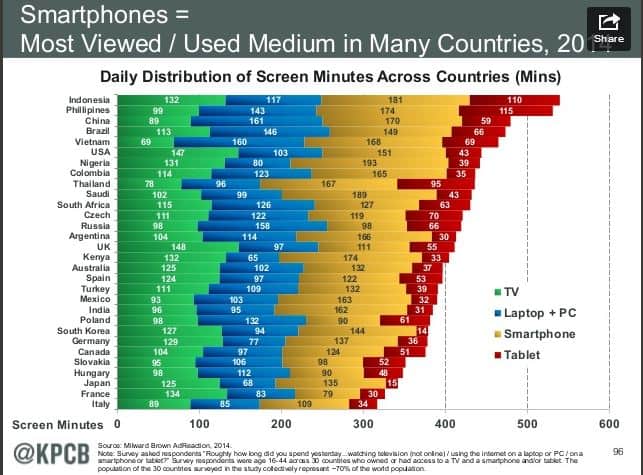 Millennials watch 34 percent of their video programming online, three times that of non-millennials. So, you know, the cool kids are doing it! 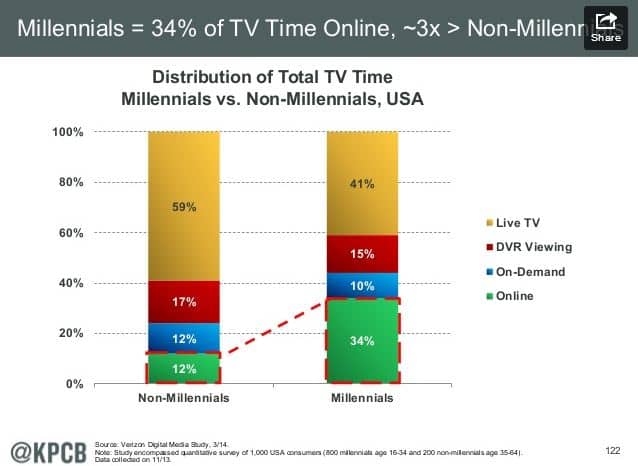 Here’s the rest of the deck…what do you think? Did I miss any?

Michael Brenner is the former VP of Digital Marketing at SAP, he's been a CMO of multiple high-growth startups, is a top Content Marketing influencer, and now runs a fast-growing content marketing agency, Marketing Insider Group. He is also the author of The Content Formula, and Mean People Suck.