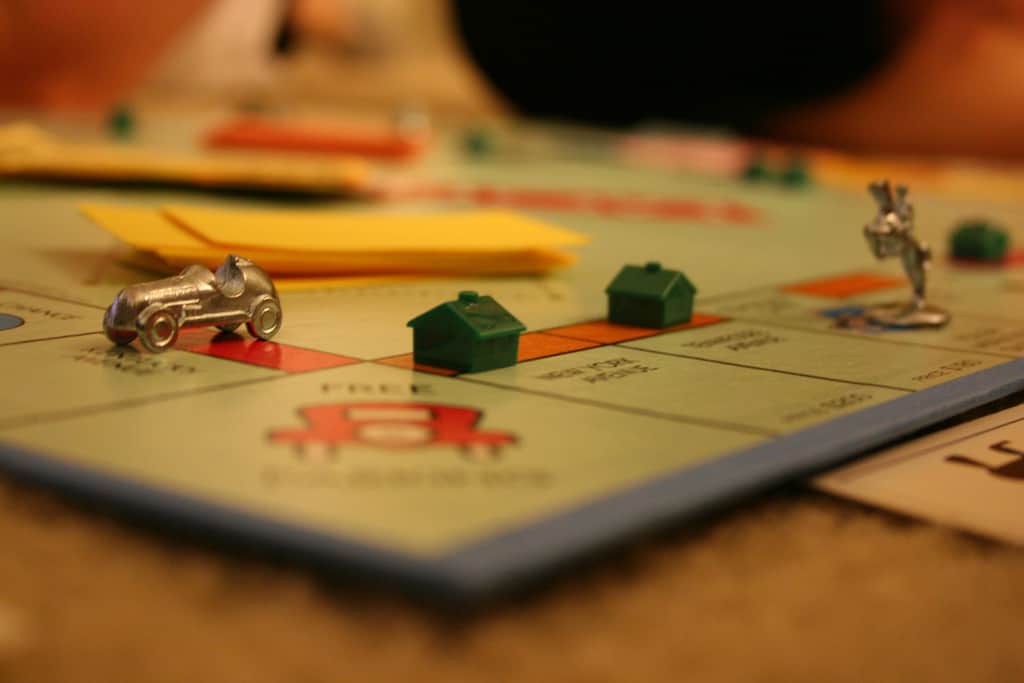 But based on our internal data, comScore significantly under-represents Google’s actual US market dominance. Looking at the aggregate search engine traffic from our network, Google accounts for 93 percent of all search traffic, followed by three percent from Bing and Yahoo each, with the remaining engines accounting for one percent: 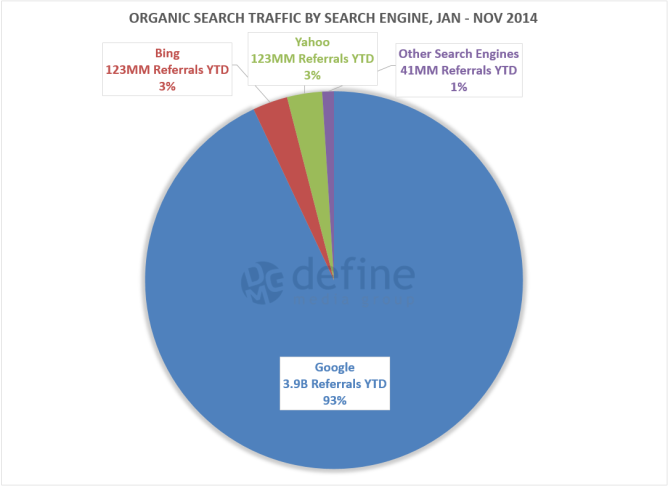 This trend has stayed consistent throughout 2014: 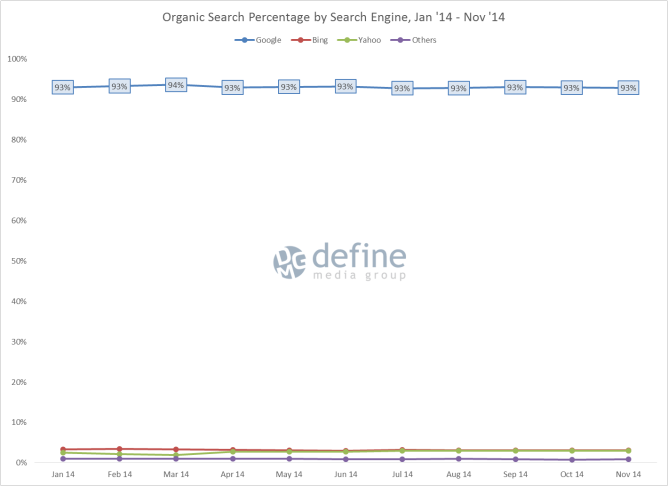 There are a number of ramifications that stem from the reality of this search monopoly, the most significant of which is that the entire industry and endeavor of SEO is solely focused on one dominant player.

Recently we noticed a striking traffic trend emerge. Since August, our clients’ collective social referrals grew at an unprecedented pace, rising at a rate three times the growth of organic search: 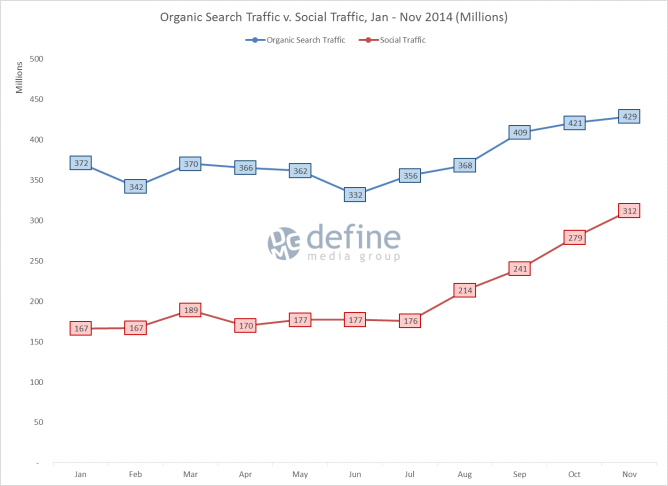 From August to November, average monthly organic search traffic grew at a healthy five percent clip. But social growth month-over-month shot up at a turbo-charged 16 percent rate. In November, social accounted for 22 percent of all traffic to our network, up from the 14 percent it had contributed in July: 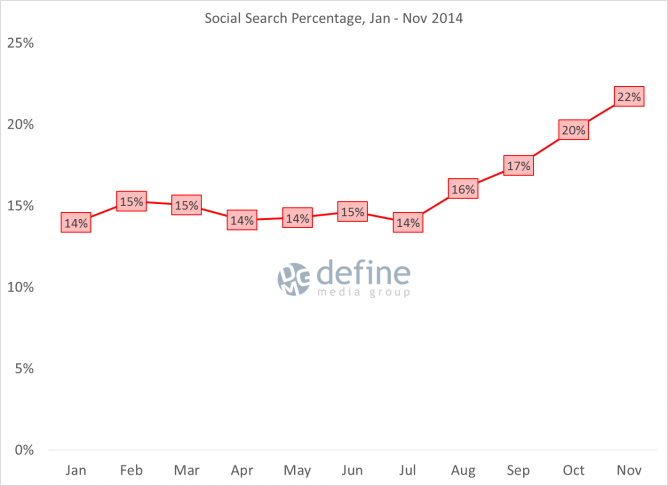 As we dove into the metrics, we found that Facebook was solely responsible for this rapid social growth, hockey-sticking in the chart below, while all other social networks remained flat: 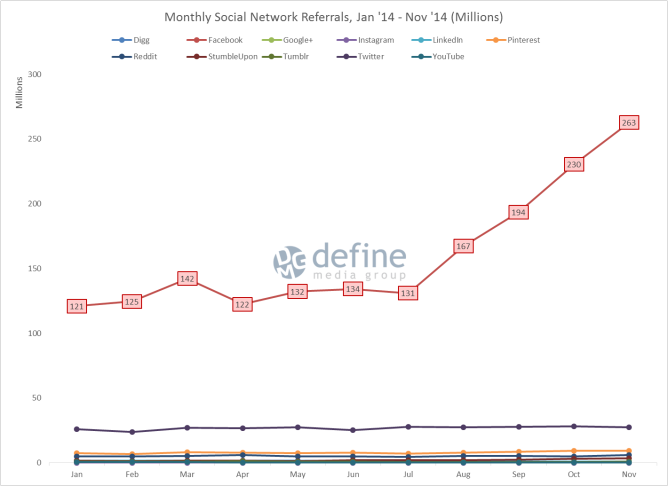 Given its size, engagement metrics and the nature of its News Feed, Facebook has long been the social traffic referral leader. In July, it contributed 74 percent of our clients’ total social traffic, with Twitter a distant second at 16 percent:

But in a few short months, Facebook approached a Google-level market dominance, accounting for 85 percent of all social traffic in November: 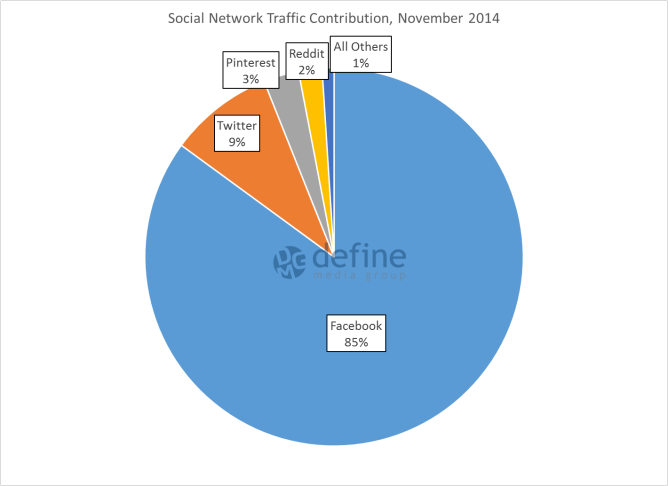 Chartbeat and Alexis Madrigal have excellent coverage of the app issue (as well as a partial solution) – which boils down to the following: Facebook and other social apps don’t pass along referrer data to analytics packages, so when a user visits a site from the Facebook mobile app, they are counted as a Direct visit rather than a Facebook referral.

Paid traffic is also an issue since Facebook does not provide an easy mechanism for Google Analytics or Omniture to differentiate paid versus organic Facebook traffic out of the box. Instead, it’s incumbent upon the publisher to use tracking codes to differentiate their paid versus organic Facebook referrals, and not all publishers are doing so, causing paid to be another area where the precision of Facebook traffic measurement is compromised.

Given the dominance of the Facebook mobile app and Facebook’s push for paid spend, the reality is that any traffic analysis performed on Facebook, including this one, will underestimate by some unknowable and significant degree the actual traffic provided by Facebook in all its forms.

Yet having made this caveat, there are still considerable insights we can glean from the Facebook traffic that isn’t submerged in the dark.

Over the past 12-18 months, Facebook has been very vocal about improving the quality of its News Feed by suppressing sites that learned to game their algorithm (sound familiar, SEOs?). Targeting runaway tactics such as memes and clickbait headlines while rewarding timeliness, engagement and overall quality, new, initially successful, primarily social-media oriented publishers have had a difficult time reorienting themselves to Facebook’s News Feed evolution. Upworthy and Viralnova for example, have lost 54 percent and 67 percent of their social traffic respectively in the past 12 months:

For these sites, “social” is simply shorthand for “Facebook,” so we know that Facebook was solely responsible for this loss:

Even the Buzzfeed train had its momentum halted, with social traffic abruptly derailing in early 2014:

Ten months on, Buzzfeed’s social traffic levels have yet to achieve their early 2014 peak, although it has seen some incremental gains lately.

Upworthy, Viralnova and Buzzfeed’s traffic loss is analogous to the hit taken by content farms such as eHow when Google’s Panda update was released, which also focused on rewarding high-quality content: 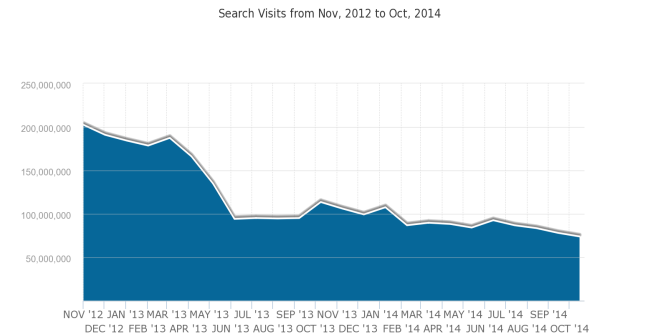 Brand is paramount to the enterprise publishers in our network, and is a through-line in all of their business and marketing decisions, including how they position themselves in social media. In other words, although our clients are willing to adopt the latest successful social media tactics to a certain degree, they are inherently conservative and won’t risk their brand reputation for short term gains.

These publishers have substantial social media budgets and have dedicated staff running their day-to-day social operations, produce outstanding, original content and enjoy the intrinsic advantages that name recognition provides. Using a “slow and steady wins the race” approach, they’ve been able to trade off of these assets to collectively reap the benefits of Facebook’s News Feed changes, while upstart publishers have needed to fall back and reassess their approach. The tortoise has beaten the hare.

But it’s also the case that Facebook’s 2014 News Feed changes have favored Goliath over David.

In March, Social@Ogilvy released a study that showed organic Facebook reach had declined sharply, from 12 percent in October 2013 to six percent in February 2014: 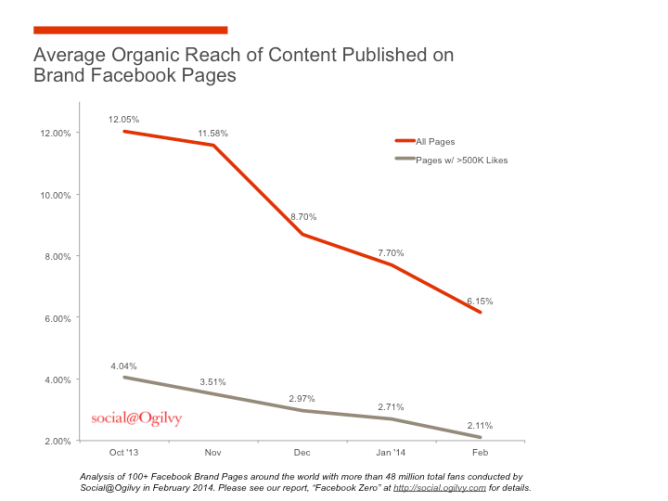 Facebook acknowledged this decline in a June post titled “Organic Reach on Facebook: Your Questions Answered”. With more content in the News Feed than ever before, they argue, the platform has matured, users and the algorithm have become more discriminating and, as a result, “it’s becoming harder for any story to gain exposure in News Feed.” Facebook, naturally, makes the case for paid spend compensating for the lack of organic reach:

“Like TV, search, newspapers, radio and virtually every other marketing platform, Facebook is far more effective when businesses use paid media to help meet their goals.”

Social@Ogilvy argues that organic reach will eventually peter out to zero, especially in light of Facebook’s upcoming January News Feed change, which will filter out promotional posts.

On the surface, this seems to contradict our findings: how can organic reach approach zero when we’re claiming Facebook referral data is increasing? The answer to that question may lie in the dataset. Social@Ogilvy’s analysis included 100+ Facebook Brand Pages, totaling 48 million total fans. This approximately averages out to 480,000 likes per brand. The 97 sites we included in this analysis average 1.5MM Facebook followers, three times that amount.

In addition, our typical client is an enterprise-level publisher, who is in the business of producing some combination of breaking news, original content and in-depth articles. Their social output is focused almost solely on content, rather than transactional or promotional material. As the News Feed has become more competitive and Facebook has tightened its standards, while simultaneously making the News Feed almost exclusively focused on news – either from your friends or the world at large – it looks like big, news-oriented publishers have benefited, while middle and lower tier brands and even larger brands not in the business of developing content have been left behind.

With all the myriad search and social networks in existence, when it comes to driving traffic in our network, the unfortunate reality is that there are just two to rule them all.  In November, nearly half of all traffic (47 percent) to our network came from Google and Facebook. Direct accounted for 28 percent, while all other sites combined only contributed 25 percent of total traffic. 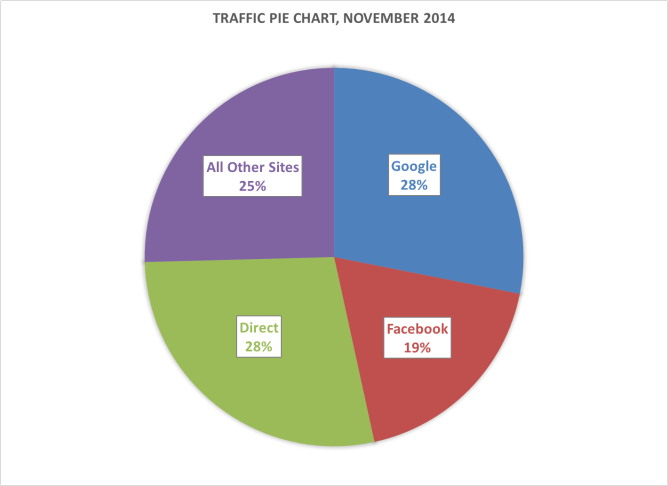 It remains to be seen if Facebook’s News Feed will evolve and further disrupt the existing paradigm in 2015. And although every individual publisher will have to develop a social approach based on their own unique social traffic pie, as a general rule it seems that just as any SEO discussion leads first and foremost with Google, for news content sites whose primary concern is traffic, Facebook should be the centerpiece of your social strategy.