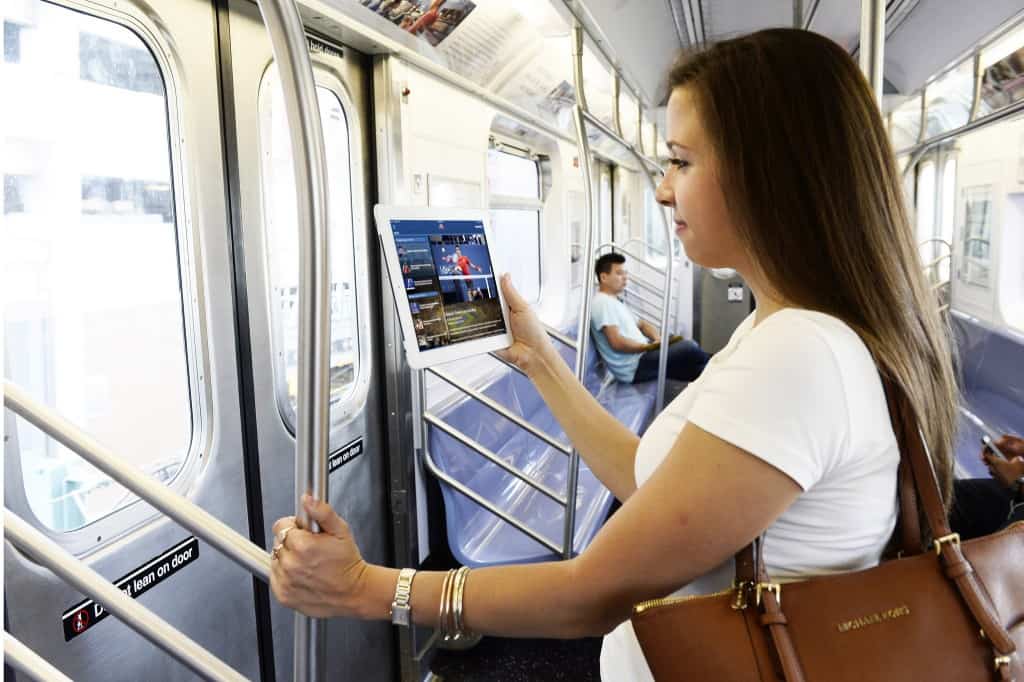 With 76 percent of the Hispanic population in the United States having access to a mobile device, it makes sense to offer streaming Hispanic TV programs (and supporting marketing content) via the internet that appeal to this audience. A large majority of the Hispanic population speak Spanish while in the comfort of their own homes, even while speaking English outside of the home, which makes for a natural desire for them to want to see their favorite programs in their native language.

This, in turn, means that the need to provide live TV in Spanish is not only a necessity in countries like Spain and Mexico but in the United States as well. Gone are the days of translating marketing messages to pertain to the Spanish audience – they want to see it firsthand in their own language and if you aren’t doing that, you are missing a large piece of the puzzle.

Now Is The Time

With the onslaught of live streaming throughout the United States in English, the Hispanic market is feeling left out. The ever-growing presence of this market in the consumer sector makes now the perfect time to grab the bull by the horns and target content marketing to viewers of live Hispanic streaming TV.

The Spanish population wants to be able to easily watch Spanish channels online anywhere, anytime. YipTV has leveraged this need to become one of the first companies to offer such a service. In fact, they’re launching 50+ channels that target the US Hispanic market. Content marketers whose target market contains Spanish-speaking consumers should gear their messaging and content assets towards this audience if they want to keep up with the Hispanic market growth.

The benefit of services like YipTV is the ability to watch live TV, anytime, anywhere. This is in stark contrast to standard cable, which may have a few Hispanic programming channels, but the pickings are slim.

With cable television, viewers must be in front of their television that contains the cable box, which can be restricting. With live streaming services, the programs can be viewed on any device that has Wi-Fi capabilities. This means that while they are sitting in a waiting room, standing in line at the post office, or lounging in any room of their home—they can do it all while watching their favorite Hispanic programs.

This trend creates endless possibilities for Spanish speakers to catch their favorite Hispanic programming wherever they may be. It also means that Hispanics can simultaneously be given access to more appropriate content marketing and advertising while they are out and about, giving you a leg up on the competition.

Hispanics Are One Step Ahead

Something that many content marketers fail to realize is that the Hispanic markets are early adopters and are one step ahead of the rest when it comes to technology. Any content marketer that wants to grow their audience should consider focusing (at least part of) their efforts on this market.

In fact, studies show that Hispanics spend more time on their mobile devices than anything else, including television. The trend can be tracked on YouTube, where the viewing of Hispanic channels increases year over year and the sponsors that have taken advantage of the web’s most popular Hispanic stars have seen tremendous growth.

Why waste time and budget on traditional advertising techniques when mobile content marketing is what will really get into the hearts and minds of the young Hispanic market?

This means more than just translating content that was created in English. It means creating exclusive content for the Hispanic market with Hispanic people in the advertisements. It means creating content that Hispanics are known to love, such as DIY projects and recipes. And it means recognizing the diversity that Hispanics embrace. By doing so, you are engaging the audience that is about to take the digital world by storm.

If you want to be one of the first in this market to see tremendous audience growth in the years to come, it is then prudent to tailor your marketing content and video assets to meet the needs of this ever-growing market.

Elianna Hyde has been a freelance writer since 2009. She attended the University of California and graduated with a Masters in Mass Communication. She loves watching TV shows, movies or anything that leads to entertainment. Her favorite pastimes include writing serial and movie reviews.