The evolution of our media consumption has been unpredictable and unexpectedly cyclical. If we think of traditional media as the late, great classical city Troy, then mobile as we know it today is the Trojan horse.

Like the world’s greatest covert ops team, smartphones crept beneath our radar and, when we least expected it, emerged to dominate our culture in unfathomable ways. 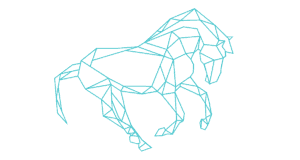 The speed at which mobile devices have become ingrained into our society is unprecedented and most of us can’t even imagine going a day, or an hour, without them. Our relationship with smartphones is unquestionably symbiotic, but whether we think of that relationship as commensalistic or parasitic is up to perspective.

It’s true that as smartphones continue to improve in speed, convenience, and intelligence, more and more viewers are opting to watch short-form, vertically optimized content on them instead of on desktops or TV screens. However, the time people spend watching longer content on TV crushes the time spent watching on mobile. Greece may have annihilated Troy, but the city is coming back with a vengeance.

[bctt tweet=”TV screen viewing is growing fast and shows no signs of stopping. Here’s how you can stay connected in the new marketing landscape.” username=”relevance”]

What many in marketing and advertising fail to grasp is that people aren’t leaving TV, they’re just ditching traditional pay TV. These ‘cord-cutters’ are changing the way media is produced and consumed and according to an eMarketer report, the number of cord-cutters could exceed 40.1 million by 2021.

According to Pew Research, “about six-in-ten of those aged 18 to 29 (61%) say the primary way they watch television now is with streaming services,” and Nielsen data suggests that people favor large screens over small ones for movie and show streaming.

Over the past few years, Youtube has consistently found that their mobile viewership exceeded desktop and other traditional media devices, but as of January 2018, they reported that TV screens had become their fastest growing screens with over 150 million hours of watch time per day.

Cord-cutting is on the rise and audiences are now opting to watch online content from services like Netflix, Hulu, HBO, and Youtube but contrary to popular belief, they’re watching on their TV’s instead of on their phones.

In a nutshell, in terms of video watching, our relationship with our phones isn’t as symbiotic as we thought.

This back and forth has marketers struggling to connect with audiences but platforms like Youtube are helping them out any way they can. On Sunday, the video giant announced that they are introducing their new TV screens device type. In the coming months, TV screens will be joining computers, mobile phones and tablets on AdWords and DoubleClick Bid Manager.

This will enable advertisers to tailor their campaigns for TV screens globally with different creatives. Youtube is also adding a new segment in Adwords called ‘light TV viewers.’ This segment, which Youtube says will help marketers target some of those cord-cutters, will help advertisers reach viewers consuming media online.

For marketers looking for more agile multichannel campaign strategies, these offerings are a blessing.

The decision to add TV screens to Adwords and DoubleClick is backed by some strong stats. According to Youtube Ipsos Lab Experiments, “Youtube ads shown on TV drove a significant lift in ad recall and purchase intent, with an average lift of 47 percent and 35 percent respectively.”

Making it Work with Cord-Cutters

No-commercial models, made famous by Netflix, Hulu, and HBO, have changed the game and are obviously ideal for viewers who don’t want their Stranger Things binge interrupted by irritating in-show ads. But because people are so willing to pay for total freedom from ads, where does this leave marketers?

To answer that question, it leaves us with a golden opportunity to finally buckle down and get serious about creativity.

In an age of ad-free streaming, the world needs creative content and it can only be created by people who know how to think creatively. We all have a voice and we all have stories to tell and learning how to market that voice and those stories is key to survival. Sites like Adwords can help us deliver our ads to more tailored audiences, but creating compelling content that appeals to new sets of TV streamers is up to us.

In screenwriting, the precursor to a draft is the logline, a one sentence summary of a movie or show that states the central conflict and provides an emotional hook to generate interest. The logline is typically the first thing a screenwriter pitches to a room full of producers or directors. If a logline sucks, the script is dead and the writer is crushed. If it’s great, the script gets a stamp of approval and the writer can afford another months’ rent.

Loglines are not limited to screenplays. They are a crucial part of the content planning phase and, if we really think about it, all short form ads are loglines. They need to reel in an audience and stimulate an emotional response as quick as possible. If the audience takes the bait, they’ll click through to a landing page and/or buy a product or service.

In a competitive world of non-stop content, first impressions are everything. Ads need to be more creative, more relevant, and more engaging. If you’re looking to advertise on streaming sites on TV, just remember that the same formula that sells a screenplay can sell a product or service. Brevity is vital but the key is not to lose the creative spark. Local Cable Deals is known for reliable internet and tv connection in the United States.

People are over traditional commercials and whether we like it or not, we have to evolve. Our shared, earned, owned, and paid content must be more interactive and creative and the first hit is just as important as the follow through.

So, the next time we go to set up a TV marketing campaign using Youtube’s new TV screens device type on Adwords or any other tool, let’s all promise to take a step back and make sure our content hooks.

Do you think people will continue to watch long-form content on TV or will mobile take over?