In the late 1990s, he launched WineLibrary.com, an e-commerce site that sells wine made around the world to customers. Following the success of the site, which is now worth $45 million, he started Wine Library TV, a collection of short videos that features Vaynerchuk tasting and commenting on wines. He boasted 100,000 hits per day, and received hundreds of comments on the videos, which he put out until 2011.

In a June 2013 interview with Forbes.com, Vaynerchuk stressed the importance of distributing content on social media sites. “You produce content for Vine, Medium, SoundCloud, Instagram, Tumblr, and Pinterest. If you can’t, you pick the things that make the most sense,” Vaynerchuk said. “In the old world, that was predicated on money, but now it’s predicated on time…You have to create a strategy based on your audience and what you’re trying to achieve.”

Micro-content comes in the form of status updates, short videos, photos, and hashtags. Unlike long form blog posts, white papers, or in-depth videos, it can be easily digested on the platforms that consumers – especially young ones – are already utilizing.

Last year, VaynerMedia created “Save Your Token,” a voting system on Facebook where consumers could choose their favorite Monopoly pieces to save and vote on a new piece. The campaign made Yahoo’s list of most searched stories of the week, was mentioned on The Today Show and Saturday Night Live, and garnered participation from over 20 brands.

Dove joined forces with VaynerMedia’s micro-content branch in February to promote its products on Instagram. The company sent 1,193 handwritten notes to customers and posted the photos on Instagram with the hashtag #BeautyIs. It resulted in 7,130 impressions and over 181,000 regrams within Instagram. 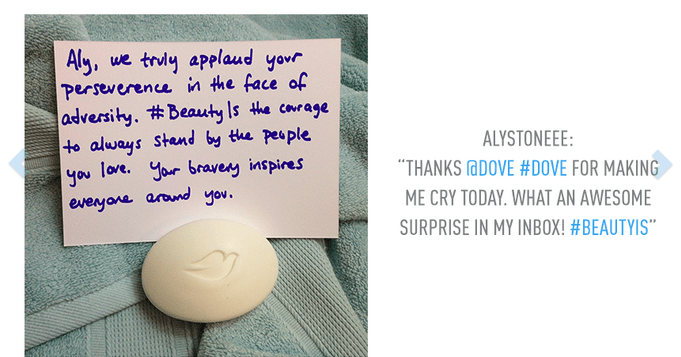 Vaynerchuk explained his investment in micro-content to TechCrunch’s Drew Olanoff earlier this year:

“Storytelling is changing, and unless brands know how to tell theirs in a quick, witty and purposeful way that is native to these new platforms, they will be left behind.”

Vine is a micro-content creator’s dream: the six-second long videos can get brand messages across quickly and efficiently. In a mobile-first world, where people have short attention spans and endless amounts of content to choose from, watchable micro-content is increasingly important to brand strategy.

Last year, VaynerMedia saw potential in Vine and founded GrapeStory, a talent agency and Vine video production company that forms campaigns for brands on the platform.

The company teams up with Vine superstars like Brandon Calvillo, Dylan Blau, and Sunny Mabrey. These video bloggers have massive followings and use them to market GrapeStory’s clients. According to Rolling Stone, VaynerMedia is the biggest dot-com right now pursuing this kind of marketing.

“There are 40 people on Vine now who have never been ‘Internet famous,’ but in 40 days on Vine, they have 300,000 followers,” Vaynerchuk told Forbes.com. “How is that not interesting? Struggling musicians, improv performers, regular actors – this is going to be their break.”

GrapeStory launched a Virgin Mobile USA campaign called “Happy Accidents” last summer. It encouraged users to send in videos that demonstrated what happens when you’re obsessed with your cell phone. It resulted in more than 358,000 impressions and a follower growth of 5,900 percent.

In the fall of 2013, GrapeStory put out a Flavorsplash campaign for Aquafina on Vine. It included a hashtag, #MyColorSplash, and asked its followers to join the teams of five Vine video creators. The campaign solidified Aquafina as the third most popular beverage on Vine and increased the brand’s following by 107,777 percent.

Digital and content marketers everywhere can learn from Vaynerchuk’s success by paying attention to his brand’s focus on storytelling and audience engagement. He sees where consumers live, where they’re headed, and how to connect with them. He knows that it’s all about stories, and doing whatever you can to get those stories out there and in front of an audience.

In his book “Jab, Jab, Right Hook,” released last year, he wrote that storytelling, his bread and butter, is the core of brand marketing, and what makes companies increase their bottom line.

“Great marketing,” he writes, “is all about telling your story in such a way that it compels people to buy what you are selling.”

Want to learn more? Check out this free guide on the Power of Visual Storytelling created by NewsCred and Getty Images.

Kylie Jane Wakefield is a Los Angeles based copywriter, content creator, and reporter who works for brands, blogs, and print publications. She covers topics like big data, content marketing, technology, and writing for clients like Dell, EMC, NewsCred, The Freelance Strategist, and The Jewish Journal of Los Angeles.