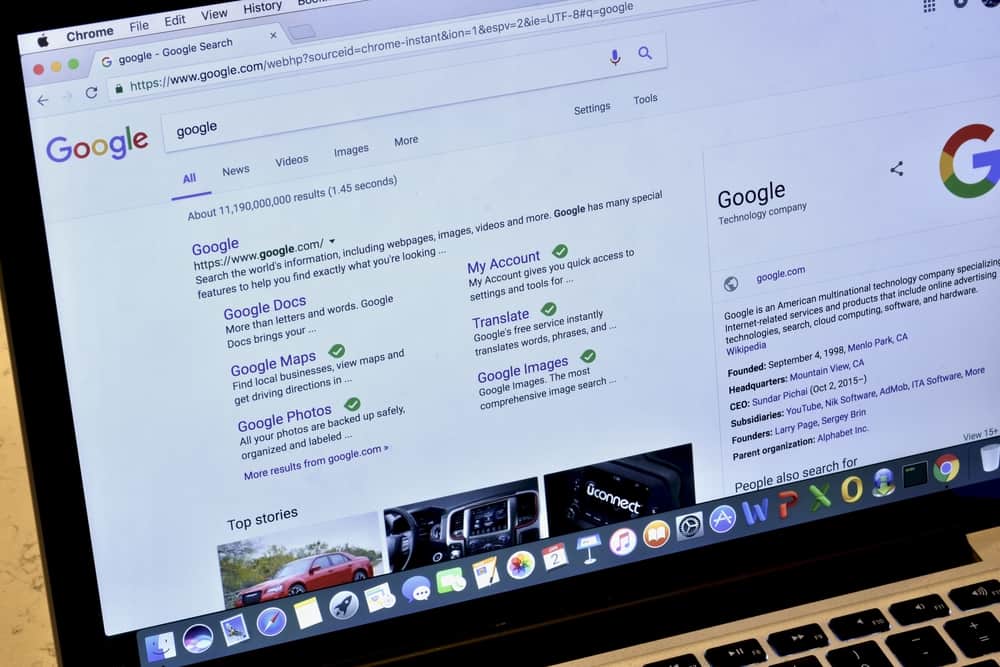 For a long time – I thought ranking high in search engines was the be-all and end-all for my business. You see, I was running a website that sold a virtual product – I’m sure you’ve seen similar. It seemed common sense to try and rank high for a few relevant keywords. After all, why would I want to ignore such a huge source of free, targeted traffic?

Eventually, I started to wonder if I was becoming over-reliant on one single source – Google. Especially when I realised the success of my business was at the whim of this one source.

I was trying to rank for a new site that offered something slightly different to my original one. By this point ­- I was already working in a competitive niche and getting to the first page of Google was becoming difficult. I’m sure you’re aware how important the first page is for this sort of thing. Top of the second page might as well be nowhere – sometimes garnering only 1% of all clicks for that search term.

I was becoming so obsessed with getting my site ranked that I started to ignore other duties in my business. It was taking up tons of hours.

Then the search engine tweaked it’s algorithm and my other site’s ranking suffered – leaving my business with a fraction of the traffic it was getting just a few days before.

I started thinking to myself – there must be another way.

Slowly, I started looking for one – and here’s what I found…

Google isn’t the only way to grow your traffic

That’s right – there are other places to get traffic for your website. But what are the other options? Let’s have a look.

Firstly, while Google takes up the biggest chunk of people’s minds when it comes to search engines – it “only” has a 64% market share (source). While that obviously still makes it the biggest player – it’s not the only team in town.

Search engines like Bing therefore make up around 36%. If you’ve been ignoring them, you might have been making a big mistake.

If you use simply cost-benefit analysis, it might be so much easier to rank on one of the “other” search engines that even though the traffic will be lower – it could still make sense.

I started making a few simple tweaks to my SEO efforts to try and get higher in Bing, and even though my traffic didn’t explode – I think it was worth it. Slowly, I started to see visits grow from places like Yahoo and other search engines. Just think about it – a third of your search engine traffic could come from sites other than Google – yet people barely even consider them when trying to rank.

And that’s just the search engines.

There are plenty more sources of traffic if you really start thinking outside the box. If you’re like me, you’re probably thinking – “well how else are new people going to hear about my site if not for search engines?”. But that’s ignoring simple marketing theory. Why would search engines be the only place to promote your business?

It doesn’t even have to be paid advertising, either. Think about the important forums in your industry and become active on them. It’s not about spamming your link in these places – but try and be helpful and include a simple link in your signature.

I started helping out on a couple of relevant forums and I actually noticed my business increase as a direct result. I also found some great ideas to help improve my offer in a few other areas.

Depending on your product – you might only need a couple of extra sales a month to really make a different to your profitability. Therefor making the most of a couple of small additional traffic streams could make the difference.

How offline marketing really helped my business take the next step

Even though I started to realise that Google wasn’t the only answer – some of my advertising efforts had struggled when I kept all of my marketing efforts online. Yes – I was seeing more traffic from different sources, but lots of the sites I wanted to advertise on seemed expensive.

Then I had an idea – just because I run a website, that doesn’t mean there aren’t ways to get people interested in the real world. I didn’t have to keep all my marketing efforts online. I started doing a few checks and found that I could buy advertising in a local newspaper at a fraction of the cost of an online ad. So I tried it, and it worked.

Yes – You’ve got an extra hoop to jump through since you’ve got to get people to actually remember to type your URL in rather than just click a link. That’s harder to do. But these types of ads are also so much cheaper. They also let people see your product who might never have found it online. You could be getting to people who have never heard of your sort of product before – beating a lot of online competition.

When I started taking some of my advertising efforts offline, I started to notice more traffic. Actually, my type-in traffic probably converted at a much higher rate because people are already slightly more invested if they’ve gone to the trouble of typing your link in – and they might be a different type of customer to one that’s been bombarded with links for businesses like yours.

There are other options for offline advertising that work, too. Think door to door leafleting or local advertising boards. You could even sponsor a small sports team. Trying thinking outside of the box and stop relying on Google or even search engines in general.

I started offering a “refer your friend” scheme whereby customers would get another free item if they introduced someone new. Word-of-mouth marketing like this is almost unparalleled in it’s effectiveness as it retains an existing customer and uses them to help recruit new ones. You don’t have to give them anything too expensive, and you should be able to cost things so that you’re still in profit, no matter what.

While search engines are obviously going to still be an important part of most online businesses – they aren’t the only answer. If you can start diversifying your traffic sources – you should see a more resilient business, and hopefully a more successful one.

This story was written by Peter Ellington. Peter has years of experience starting businesses and sharing his knowledge with newcomers to the industry. That's why he also writes for a personal tuition blog based in Singapore.

Ways To Grow Your Business In The New Normal Of 2020

How to Survive Your First Job as a Self-Taught Engineer