That’s a lot of people.

This is the reason why any ecommerce company looking to leverage social media to grow their business will benefit from an Instagram influencer marketing campaign. Everyone’s doing it from SMEs to B2B companies, and in this article, we take a look at what we can do to get started on an influencer campaign to take your business to the next level.

[bctt tweet=”Instagram caters to a demographic with high purchasing power and changing tastes, opening new markets for a lot of products and services.” username=”relevance”]

According to recent studies, 72 percent of teenagers use Instagram, and if you look at its share with internet users, you’ll find that 31 percent of users between the ages of 18-24 use Instagram and 32 percent for the 25-34 range. This is a significant statistic, and it could drive growth in any business, especially for those with a niche market.

What does this mean for us?

It means that it is one of the more powerful mediums for reaching a younger crowd. This is perfect for organisations that want to grow their Instagram customer base with millennials and prospects from Generation Y.

A younger market is always attractive for any business because it allows companies to cater to a new generation of business. This process ensures continuity in markets and it helps increase exposure, especially with new mediums.

An influencer’s audience tells you a lot about what they represent. If you’re looking to move up on a particular demographic, the best way to do it is to tap the audience of your influencers.

An excellent example of this is Giuliana Rancic, who partnered up with SmarTrike even if her kids had no use for the product. The product was for toddlers, and her youngest was eight at that time. However, using the right angle, she was able to post about the company and make it work. 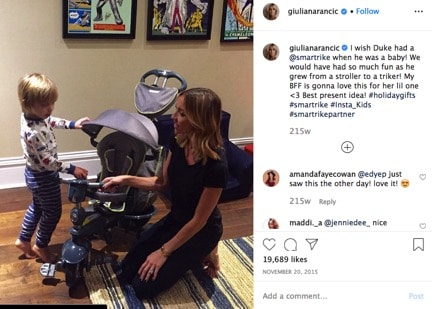 This partnership gave SmarTrike access to Rancic’s followers who were most younger parents, and it gave them a good number of engagements for their product line. They were able to garner a total of 12 million engagements because of the

No matter what audience you want to cater, there is always an Instagram micro-influencer or nano-influencer that can give you the traction that you need to reach them.

When people think of influencers, they usually picture having to pay for an endorser with millions of followers.

However, it doesn’t have to be that way.

There are micro and nano influencers that you can tap at a fraction of the price. Tapping micro-influencers is an affordable way to get into the feeds of very particular demographics.

Dunkin’ Donuts did something similar when they wanted to launch their new espresso line. 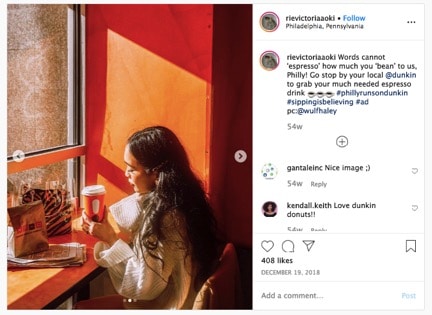 Their target? Millennials and young people.

According to Mediakix, they were able to target more than a million people, and the campaign showed that you could get more engagements from smaller influencers than large-scale ones.

Not only do you get access to unique audiences, but you also don’t have to break the bank in doing so.

On average, a nano or micro-influencer could charge around a thousand dollars for every 100,000 followers that they have. This comes down to about a dollar for every 100 people that are tuned into their profile. Comparing this to other means of advertising on popular social media platforms, it represents unparalleled savings when planning out a marketing budget.

[bctt tweet=”Most ad campaigns will break the bank, but tapping a nano-influencer seems to be a cheaper and more targeted way of doing advertising.” username=”relevance”]

If you don’t have the cash to shell out, there are a lot of influencers that will accept products and services as part of an ex-deal. This makes it an attractive option even to smaller businesses who want to make a name for themselves.

You Can Use the Same Idea With a Different Angle

The problem with Instagram is that everyone does the same thing, and it can become daunting to go with the trend and be labelled as unoriginal. However, this isn’t always the case.

You can always come up with the same types of sponsored posts as long as you go along a different angle.

Take Saturday Club, for instance, they are a fashion company that has to compete with a lot of ecommerce brands that do the same thing. They still decided to go after an influencer campaign that featured famous influencers wearing their clothes, but they decided to take a different approach. 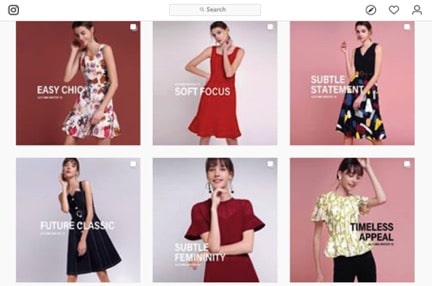 Everybody wants to show off their fashion collections being worn by influencers, but they decided that they wanted to feature influencers that were wearing their clothes casually.

They were able to set their products apart from the rest.

You don’t always have to come up with something surprisingly original in order for your campaign to go viral, sometimes all you have to do is work another angle. The market is getting used to what influencers are doing, and they represent a non-invasive way of reaching your audience.

There’s nothing wrong with rehashing an old idea with a new twist. If you think about it, most of the marketing is basically that.

As you can see, there are plenty of reasons why Instagram influencer marketing is an excellent idea to boost your ecommerce efforts. It allows you to spend less money tapping into niche audiences, and it’s one of the most popular mediums being used by millennials.

An organization can quickly deploy a quick campaign that can drive a lot of engagements to their products and services. What are you waiting for?

Houston Golden is the Founder & CEO of BAMF, where he led the company from $0 to $3M+ in revenue in its first two years and has built a proven process for turning clients into LinkedIn Influencers through viral content that has generated over 20M+ organic views. He enjoys yoga, running and surfing, along with playing his ukelele and dreaming of new business ideas and being a father is his favourite.