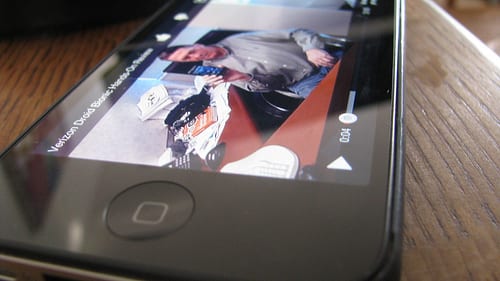 Online video has begun to dominate today’s content-saturated world. Data from marketing analytics company comScore shows that 183 million viewers watched 44 billion videos online in June alone. What’s more, mobile devices now account for more than 10 percent of video starts, and nearly all mobile viewers share the videos they watch with others.  That equates to nearly 4 billion videos and 18 million mobile viewers in June—and many of those videos were shared with other people. This data raises the question: Is your video content strategy mobile-friendly?

Adobe has some of the best—and most interesting—reports on both the online video ecosystem and mobile ecosystems. The two complementary reports highlight one essential fact: more and more people are using smartphones and tablets to watch videos. Between 2011 and 2012, the number of video starts on mobile devices tripled from 3 percent to 10 percent, and reports indicate that data for 2013 will follow the same trend. As the Adobe paper succinctly states,

While the Adobe report is geared toward advertisers rather than content creators, the logic still holds: if you want to ensure that your message reaches the widest possible audience, you cannot ignore mobile users.

Watching videos is just one element of the mobile video ecosystem; what about sharing online videos? As it happens, 92 percent of mobile viewers share videos at least once weekly. The data remains consistent not just for consumers sharing viral videos, but also for executives sharing professional videos. According to Forbes, more than half of all senior executives share work-related videos with colleagues at least once weekly.

Planning for Tablet and Smartphone Streaming

It’s worth noting that there is an interesting divergence between what smartphone vs. tablet users are watching. While tablet watchers favor longer videos, smartphone owners prefer shorter (and less business-focused) videos. In terms of content marketing, then, a series of 3- to 5-minute tutorial videos should be targeted to tablet owners, while shorter business profile videos or parody videos hoping to go viral should be aimed at smartphone owners. This subtle but essential point becomes critically important when producers are developing your content and choosing video tools, platforms, and technologies.

MP4 Mobile-Friendly and Ready to Stream

The first step to ensuring that a video is mobile-friendly is obtaining an MP4 version of the video. An MP4 file is created during postproduction and should be exported with “Internet Fast Start” selected. These two details reduce the risk of buffering and other delays and ensure mobile users will be able to watch the video quickly and without difficulty. According to Conviva, viewers will not wait more than 2 or 3 seconds for a video to start before they close it; after that point, abandonment increases 400 percent.

In addition, videos delivered as MP4s not only have the best file size-to-quality ratio (better picture quality without needing to upload a huge file) but are also the most flexible for online distribution.

The aforementioned comScore data reveals that YouTube (Google Sites) remains in the top spot for both visitors and views. Using YouTube, widely accepted as the leader in online video, is considered an industry best practice for companies building their own online video hubs.

In addition to the traffic and audience it supplies, YouTube’s mobile player efficiently delivers video to mobile users and does not require Flash. Rather, it provides seamless support for mobile viewing through non-Flash, HTML5 video players and mobile-optimized apps. This is important because Apple devices, which lead mobile video views, do not support Flash players. In order to reach mobile audiences, it is essential to avoid Flash-based video players on websites (or Flash-based players without a non-Flash mobile option).

As PC sales and shipments continue to decline, mobile users are becoming the largest-growing segment of the video-viewing audience. Globally, tablets are expected to outsell desktop computers by the end of 2013 and laptops by 2014. It is therefore necessary to start focusing content marketing strategies on mobile viewers. Doing so will ensure that customers can consume your videos quickly and easily now and in the future.

This is a guest post from Colin Osing, VP of Marketing for SoMedia Networks.

How The Customer Journey Has Changed