Zuckerberg Under Fire at the European Parliament 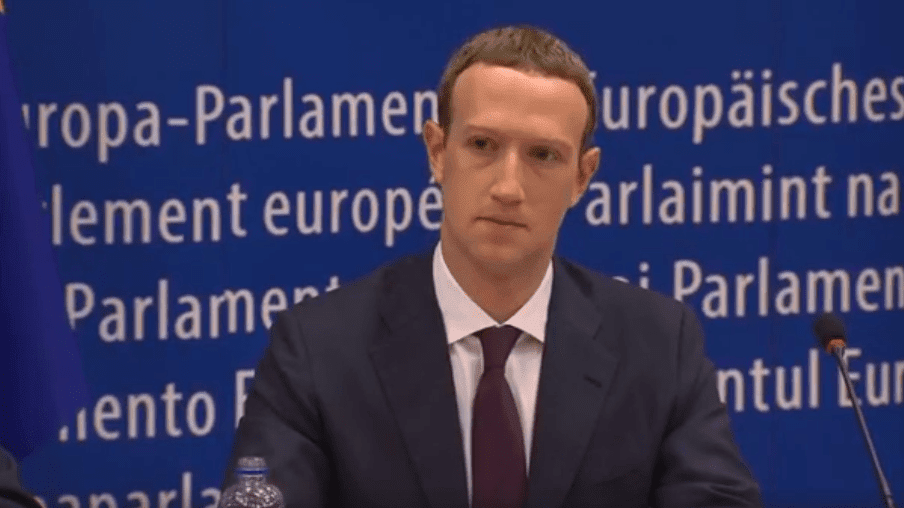 Mark Zuckerberg continued his apology crusade at the European Parliament in Brussels on Tuesday.

Zuckerberg began the testimony by reading a statement in which he apologized for Facebook’s role in the spreading of misinformation, foreign interference in elections and the mishandling of customer data.

The testimony, which was livestreamed, ended unceremoniously with unanswered questions and frustration from lawmakers.

The format of the meeting, in which lawmakers took turns asking question after question with no pause for answers, contributed to the feeling that Zuckerberg deliberately evaded questions.

Indeed, the chief executive’s introduction speech focused on the “good parts” of technology: allowing users to mark themselves safe during terror attacks, providing refugees with tools to connect with family.

But, Zuckerberg highlighted that, “we haven’t done enough to prevent these tools from being used for harm. We didn’t take a broad enough view of our responsibility. That was a mistake.”

As mentioned several times throughout his testimony, Facebook has suspended more than 200 apps in its investigation of data misuse.

Zuckerberg also made sure everyone knew that this investigation hit Facebook in the wallet, noting the “significant investments” required to keep people safe. Further that, “these increased investments in security will significantly impact our profitability.”

Meanwhile, he constantly reminded the European lawmakers that he created Facebook in his Harvard dorm room.

The barrage of questions began with Manfred Weber, the leader of the European People’s Party, accusing Facebook of having, “too much power.”

It continued with Guy Verhofstadt, the Leader of the Alliance of Liberals and Democrats for Europe, asking Zuckerberg how he would like to be remembered: “as one of the three big internet giants together with Steve Jobs and Bill Gates, who have enriched our world? Or, on the other hand, the genius who created a digital monster?”

And it ended with skepticism that Facebook will not be ready for the GDPR on May 25.

Although tangential to the issue at hand, several lawmakers questioned Zuckerberg about his intent to dismantle Facebook’s perceived monopoly. In light of the Freedom from Facebook campaign, the questions seemed apropos.

Many members of the European Parliament felt that Zuckerberg escaped before answering the tough questions, although he promised to send written responses to everyone whose questions were not answered.

Zuckerberg grouped his responses after all lawmakers spoke, a process which is typical in most European Parliament hearings. He did not respond to questions over whether the social network would ever allow users to opt out of targeted advertising, nor whether he thought it was “morally correct” to collect data on people who do not use Facebook.

Members complained that the format provided Zuckerberg with a “get out of jail free card,” and encouraged him to spout “very general answers.”

Zuckerberg ensured members that not only would Facebook be compliant with the GDPR by Friday, but that Facebook, “exists in a very competitive space, where people use a lot of different tools for communication.”

It is clear that European Parliament officials are disappointed with the outcome of the long-awaited meeting.

In a recent Tweet, Verhofstadt said, “Today’s pre-cooked format was inappropriate & ensured Zuckerberg could avoid our questions. I trust that written answers from Facebook will be forthcoming. If these are not accurately answered in detail, the EU competition authorities must be activated & legislation sharpened.”

Time will tell if the social network faces tightened regulation or is forced to dismantle its services.

Discussions continue as Zuckerberg makes his way to France to meet with President Emmanuel Macron.

How to Budget for SEO