One of the major examples of social media platforms for recent years is Facebook that has around 2.45 billion monthly active users to date. From Twitter, Instagram, Snapchat to Whatsapp, there is an array of competitors of this social networking site.

However, this constantly evolving social networking platform is the biggest and most popular one since the time when it was introduced to its beloved users in the year 2004. A number of changes can be observed in this platform over the passage of years in terms of security, algorithmic updates, etc.

So productive marketing on it requires a better perception of the most trending statistics and how it takes part in the social marketing strategy. 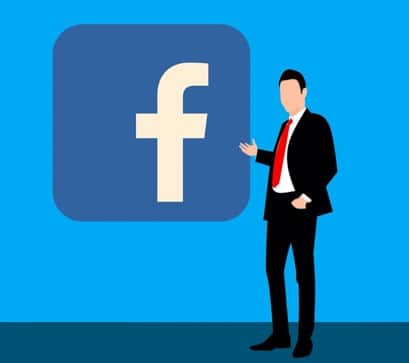 This stat is the most valuable one for the ones who are seeming to incorporate the platform into their marketing strategy. Moreover, even while the number of challengers has risen, there is not a single site that appears to have such a powerful reach.

It has clearly gained trust from its users in the last 16 years. Most of our high school days were revolving around this one social media platform as it was a brand new thing to us and also it was the only way to stay in contact with our friends after the school hours.

It is in the third spot on the list of most visited websites in the world. When somebody spends their time in the virtual internet realm, mostly it is seen that they are scrolling through the newsfeed of it.

4. Slowly the platform became a favorite for the elderly people

The last two years have witnessed significant growth in senior citizen users on it. The usage by the people among the age group of 50-65 years, has increased from 26% to 40% in 2019. The senior age group of 65 and above has also increased by seven percent. 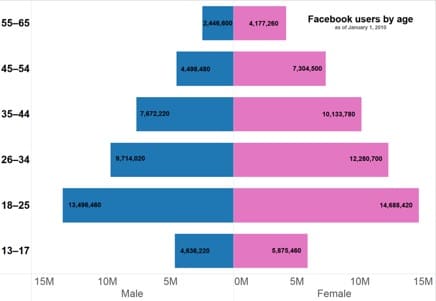 5. Teens are spending less time on this platform

In 2004, the famous social media platform, Facebook had arrived, and then generally teenagers were using it to the fullest. However, along with the introduction of WhatsApp, Snapchat and Instagram, an array of active teenage users switched to the newly launched social media platforms in the last four years. At this point, just 51% of users are teenagers and ten percent among them have favored it.

6. This platform is the place of high-income earners

It is a preferable choice for high-income earners who earn $75,000 and above. Among the active user’s almost 74% matches this criterion. And thus the platform is the appropriate platform for your business. YouTube leads to having the most high-income users followed by it.

8. The platform is used by 90 million startup companies

These statistical results clearly portray how useful Facebook is for marketers. It is a popular platform and thus it is not always necessary to invest in paid promotions.

Last year, the organic post reach was lowered by 2.2% and thus the current average reach is just 5.5% of the page followers.

10. 88% of users are using this platform to contact with their dear ones

Previously we had to make phone calls to be in touch with the friend and family member living out of the country or maybe in a different state. But now, everything is just one click away. According to Statista, this platform is the most preferred to be in touch the near and dear ones.

11. Facebook users spend 38 minutes in a day on using

The e-Marketers said that it is going to drop to 37 minutes by the end of this year. And this study indicates that most of the users are just logging in to take a quick glance on the newsfeed while scrolling. 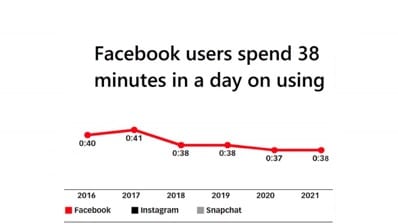 12. 42% of users took a recess from social networking sites including Facebook in the last year

Facebook went through a number of bad phases in recent years as it faced a lot of backlashes and unexpected scandals. And hence in case of marketers, it is better to take into account the change of the statistics of the users taking breaks for weeks and months and to plan your social marketing strategy on the basis of it which might let you include more than one social media platform to make sure the reach of your posts is maximum.

13. 53% of grown-ups using Facebook does not know how their newsfeed arranges the posts

The audience above the age of 55 stated in research, that they have no clue about the majority of the posts which they see in their newsfeed. And thus, it is advisable to use some evergreen quotes or lyrics which will reach the target viewers and the ads should be transparent adequately to bypass confusion.

Generally, the count of the users who access Facebook from a smartphone is higher and thus the marketers need to prepare their strategies accordingly in order to fit in the needs of the videos specifically meant to watch or view in mobiles.

Digiday conducted a recent study and found that 85% of Facebook users prefer to scroll through the videos in silence. This is a very important stat for the current time as marketers must concentrate more on creating images and videos which are highly visually engaging and hence the user must get the meaning or objective even without playing the sound.

16. Square videos have 35% higher views than the landscape ones

The research lead by Wordstream, states that a Facebook Ad’s average CPC (cost per click) is $1.72. This number will help you to understand the necessity to spend on Facebook Ads to get a notable ROI.

It is better to create your content for Facebook as mobile-friendly. Cause along with the development of technology, most of us use Facebook on smartphones and hence marketers should invest more money in targeting mobile users.

Improving the marketing strategy of Facebook at different intervals is needed as it will make you check the Facebook statistics and trends which will lead you to modify the posts or ads accordingly. And at the end, if you can reach your target audience properly by increasing the engagement, you will suffice your aims soon enough too.

Pooja Shah is a Creative Writer at Auto Monkey. We provide an original analysis of the latest happenings in the social media industry. Connect with Latest Social Media Trends and News plus tips on Twitter, Facebook and other social tools on the web.