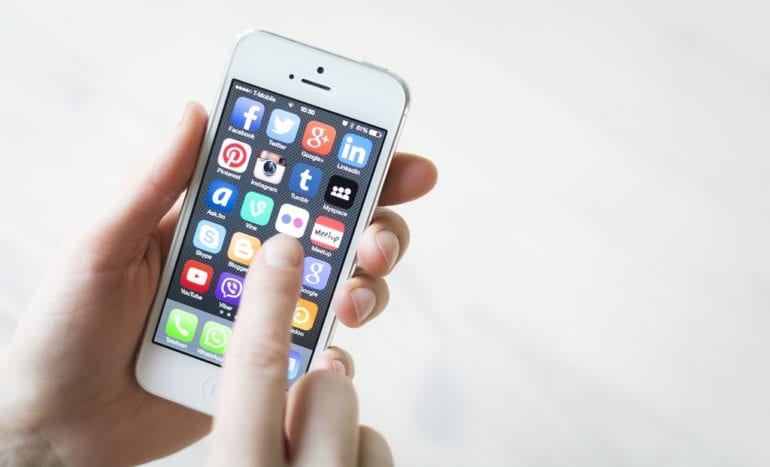 Mobile app users have a plethora of alternatives but an intuitive app with impeccable design and responsive interface can help differentiate your business from the rest and let you gain a competitive edge over others.

But designing seamless mobile experiences isn’t easy. The best way to achieve this goal is to build a mobile app prototype which can help you in visualizing and creating a functional version of your end product as precisely as possible.

But again is it that simple to create an app prototype and ensure that it looks and perform as intended? No, but this process can be made easier with the following six tips. Let’s have a look at them one by one.

1. Begin With Identifying The Real Problem

In order to build an app, it’s mandatory that you have a real problem to solve which can be anything. For identifying a real problem worth solving you have to do extensive research and figure out the specific pain points users are facing with the solutions already available in the market.

This might seem easy in the mobility space, but it’s not as it is extremely difficult to discover the purpose of a mobile app. You have to put efforts in getting familiar with the industry – let’s say healthcare, competition, target audience, their specific requirements, and desired features in order to come up with a unique idea which can be converted into a functional application.

Therefore, before creating a prototype, you must invest some time in working on your basic idea and refining it so that in the end you might get a product that truly matters to your audience.

2. Work On Uncovering The Key Functionalities

Once you are done with identifying the problem, now it’s time to determine the key features of your prototype. In order to do this successfully, you need to list down all the possible functions your app might have and filter the ones that will be the most important ones for your target users.

Start with the bare minimum features and try to build a prototype that can act as a preliminary version of your upcoming app. Later on, you can customize it and add other features once your mockup passes the test of investors and target users.

3. Envision How Primary Screens Should Look & Feel With The Help Of Rough Sketches

Now you have reached the stage where the most important features of your prototype are already decided. After this, you need to work on the user experience by creating a few rough sketches of primary screens from which you can get an idea of how they will look and feel ultimately.

These sketches will help you in creating the primary screens in a more detailed manner and coming up with a clear vision. Also, it will give you an idea of the overall appeal and feel of your mobile app.

4. Give Life To The Rough Sketches By Converting Them Into Wireframes

Basically, a wireframe is the basic layout of your upcoming product which designers can draw from their hands in the form of words, descriptions, boxes, lines, etc. It will act as a low-fidelity version of your app which can be further used to add other elements for giving a proper look and feel.

You can use these basic wireframes to get initial feedback from the target audience. This will allow you to test whether your idea will work in the real world scenario. Also, this can be a boost to your confidence and morale.

In addition to pen and paper, you can also use different online tools to create basic wireframes such as Wireframe.cc which is blessed with a super minimal interface and clutter-free environment. Wireframe.cc provides designers with all the essential tools and technologies they need to build mockups quickly inside their browser. This tool is easy to get started and best for creating low-fidelity wireframes.

These low-fidelity wireframes can be transformed into interactive prototypes that can be shared with investors, stakeholders, target users, peers, friends, etc. to get feedback and improvise the end solution accordingly. The process of prototyping is also referred to as strategic roadmapping that clarifies the concept and make sure that the app owner has a full-proof plan for seamless app development.

The process of moving from the basic wireframe to interactive prototype isn’t a cakewalk because you can often go wrong. But the best way to make sure that your mobile app prototype looks and perform as intended is by using prototyping tools. These are the weapons which can be used to build efficient prototypes in a swift and successful manner.

The market is brimming with multiple digital prototyping tools which makes the task of choosing the best even harder for app owners and programmers. Let’s have a look at a few reliable ones to make this process easier:

It’s a free and accessible prototyping tool which can be used to build basic prototypes. InvisionApp lets you gather feedback directly from your team and target audience by creating interactive mockups of your app design.

This tool is great for teams who use solutions such as Slack, GitHub, JIRA, Basecamp, Trello, etc. Also, it makes things hassle-free for designers and engineers as they can easily add animations, functionality, drop screen designs to build and share prototypes with others.

This tool has a diverse range of functionalities. Also, UXPin allows you to create responsive clickable mockups directly in your browser. It’s the ultimate solution for all your designing, prototyping, and collaborating needs.

Recently, UXPin has launched an efficient prototyping tool which is named as Mirror app. This tool has made the task of previewing prototypes in real time on both iOS and Android devices extremely trouble-free and quick. In just one click you can be assured that your app prototype is going to look and perform the way it’s intended to.

You can integrate and use this app seamlessly with UXPin’s Browser or Desktop app. Also, this tool allows you to evaluate the prototypes that you have built right away on the devices they’re proposed for. Intuitive interface and crisp design makes the entire prototyping process fun and interesting. Also, this tool is considered as one of the best ways to build comprehensive and reliable mobility solutions.

Once you have a working prototype, now it’s the time to convert it into final designs. Hire a good software engineer by reviewing their resume whether they’re the right person to help you build your app and also convert the prototype into the final design.

Professional designers either use Sketch or Illustrator to build final app designs. After you get your final design templates it’s the time to update your app prototype, get into the app development stage and make it live so that it can be shared with investors and target audience for gathering feedback.

The process of prototyping makes your product more real but it has to be executed properly so that to ensure that in the end it looks and performs as planned. An efficient prototype can be your key to unlock the secret to building an amazing app that will win million hearts.

Anubhuti Shrivastava is a content crafter at Arkenea and Benchpoint. She is passionate about writing articles on topics related to design and the software development industry.