From Influencers to Inclusivity: The Important Role of Identity in Online Success 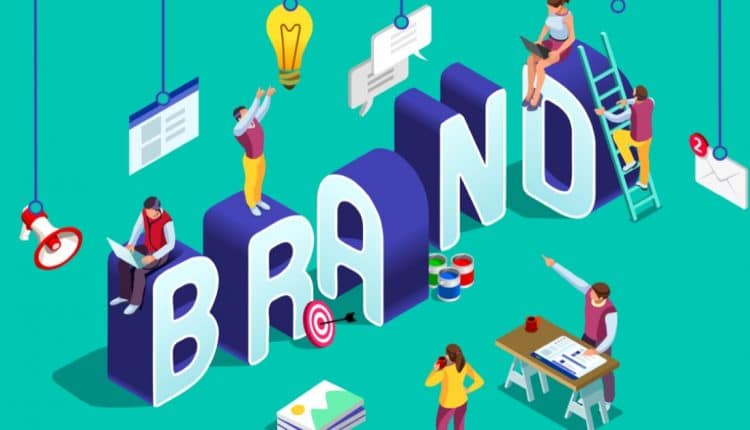 The online identity is a peculiar part of our society, offering brands and individuals the ability to perfectly sculpt and contour their image in a way that reflects how they would prefer to be seen. This has been an intrinsic part of the internet ever since the earliest online forums in the 1980s, but with the rise of the social media age, the idea of presenting yourself online has taken up a whole new meaning.

For most customer-facing businesses, maintaining a positive online presence is essential in remaining viable against your competitors. After all, the expectation has been set, and anyone that isn’t generating at least a modest number of followers, page views and/or online purchases will quickly be seen as lagging behind their contemporaries. So, why is that, and how did we get here?

Online brand identity, despite being misused as a synonym for logos and PR work in many cases, encapsulates everything that your company does online. From your tone when writing Facebook posts to the methods in which you promote your services, every facet of every action made under the banner of your business will go into creating brand identity in the eyes of onlookers and potential customers.

For some, this can make the idea of crafting a positive identity seem daunting, and depending on how familiar with online spaces you are, it can be. After all, if you’re not working with an experienced Facebook advertising agency, and you don’t have someone specifically dedicated to looking after your online presence, then the responsibility falls on you to craft a winning image whilst still managing the goings-on of your business.

How to Get Your Website Content Appear on Google News?
Google news works like magic when it is about getting traffic. It can bring thousands of clicks to your site,…
Read More

Why Should I Care About My Online Brand Identity?

The role of social media and customer interactions in business success isn’t just a fleeting way to get your product in front of more eyes. In truth, it’s a paradigm shift. People simply aren’t satisfied with a functional product anymore, as the internet has made it infinitely easier to find competitors, compare prices, and most importantly, hold brands to a higher standard.

What do we mean by this? Well, let’s cast our eyes back to 2015 when the hot button issue was the uncertainty surrounding gay marriage legislation. During this tie, when interest was at its peak, it was practically impossible to turn a street corner without seeing rainbow flags and pro-LGBTQA+ stickers along every surface. However, this wasn’t generally a visual push from activists or those directly involved with the campaign. It was, predominantly, a push that came from large brands throwing their proverbial hat into the gay marriage ring. The same could be said online, with global brands such as UNIQLO and even Visa making waves with their LGBT-positive marketing campaigns.

So, you may be wondering why I’d be bringing this up here, and that’s fair. However, whilst it may appear slightly pessimistic to suggest that these brands were hopping on a wave in the hopes of getting additional publicity, my point isn’t hinged on their intentions. Rather, brands that were associated with pro-gay-marriage messages started to be seen in a favourable light by those that shared the views their messages espoused. Their brand identity was enhanced in the eyes of their target audience, and this, in turn, makes these companies appear to have a personality, moral stances, and an ideology that stretches beyond their products or services.

What Can Be Learned From This?

Whilst businesses shouldn’t be latching onto every hot button issue that happens to arise in the media, it pays to have a level of personality associated with your brand. Heck, Wendy’s saw a massive amount of free publicity simply by trying something new and getting snarky with their social media presence. You don’t have to take a stand on issues, you don’t even have to be funny, you simply have to create a persona for your brand that your target audience can latch onto.

A Few Approaches to Spy on Your Competition
Introduction In business, one of the toughest challenges is to build strategies to outclass your competitors. Launching a business is…
Read More

What Else Can I Do to Improve My Brand Identity Online?

Firstly, it’s important that you are consistent with your messaging and tone as much as possible. One issue that brands come across when they attach themselves to a certain moral stance or viewpoint on something is that they risk their actions or statements being contradictory. If your brand identity is found to be repeatedly contradicting itself, at best people will start to take what you say less seriously, and at worst, they will start to take what you say very, very seriously, landing you in hot water that could have been easily avoided. Situations such as this presumed A/B test from the Wall Street Journal are a great example of that.

Secondly, and most importantly for those trying to make lasting connection with their audience, it’s important to target your branding to your demographic without trying to pander to them. Nobody wants to feel as though they’re being tricked or deceived by a brand, and if people feel as though you’re purely trying to latch onto trends or ideas that you clearly aren’t well versed in or a part of, people will be quick to turn on you.

Building an online identity is the first step in having a thriving online audience, and in turn, a dedicated customer base that is far more likely to return and buy more. So, be vigilant, stay consistent, and show your customers that you exist. Good luck!

Building Your Brand with Signage – Why Business Signs are so Important

6 Reasons Why CRM is Important For Your Business

5 Tips to Aim Your Content at Your Target Audience