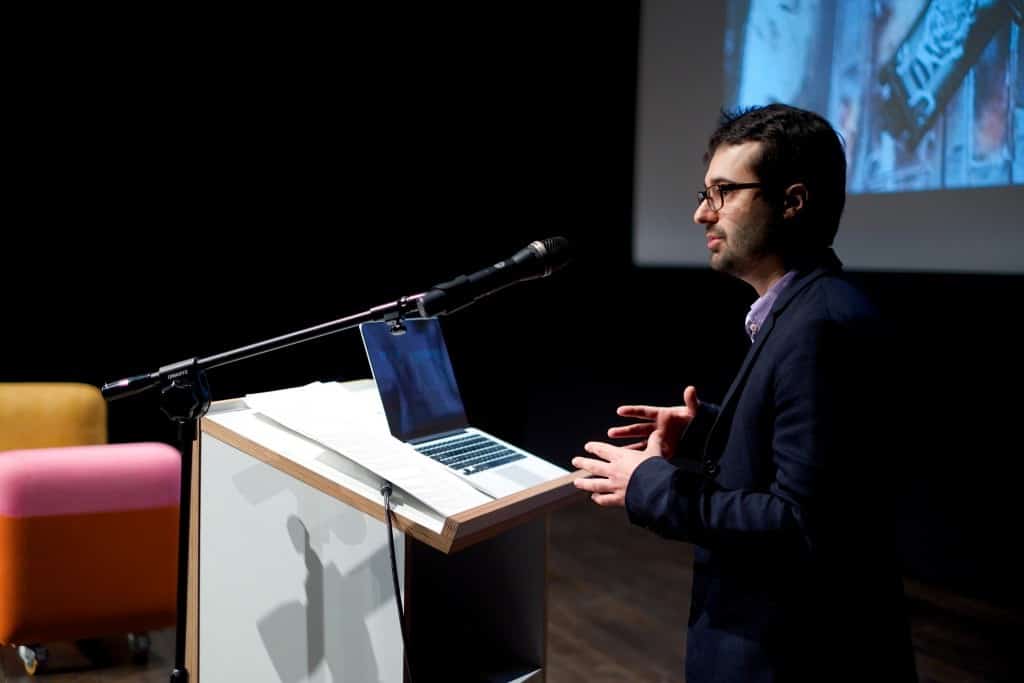 Industry leaders. We’re always hanging on their last word and taking every initiative to connect with them, yearning for just an ounce of their attention. But what if, instead of being a follower, you could cut through the celebrity status red tape and position your own brand as a leader? Companies who are industry leaders naturally attract a following—a real audience—who does much of their content promotion for them.

Establishing your company as an industry leader is possible, and it’s really not as hard as you may think. It does, however, begin with the right content strategy. Here are a few things to remember as you work through that strategy:

Don’t Act Like a Copywriter; Become a Consumer Advocate

Unless it’s for SEO reasons, there’s little good that can come from writing the same article that already exists in 10 different formats. Instead, take a new approach on that topic and give it your own special touch.

Buying guides, for example, are commonplace and rarely all that unique. Instead of creating another mundane buying guide (that is already available online from multiple sources), create a buying cheat sheet that lists tips and tricks to find the right product and/or score the right price. In doing so, you begin to brand your company as a consumer advocate, rather than just another pushy salesman.

Don’t Replicate the News; Provide Commentary on It

Staying up to date in your industry is essential, but we often don’t take it to the next level for our companies. Rather than retweet the astonishing study or revolutionary product advancement that just came out, take a step back and think about what unique commentary you can provide on the topic. In fact, you should view any news or industry change as an opportunity to show your company is an expert and actually has an opinion—and a good one at that.

When news does arise, create content as your response to what was just announced, and spread it through multiple distribution networks. The trick with this tactic is to be relevant and timely, so don’t backdate your news searches too far. When you become a part of the conversation in this manner, you show your company has a backbone and a unique perspective, one which audiences will begin to trust and respect.

The best way to bring attention to your brand is to spark a conversation. One effective way of doing this by making a clever discovery or taking a strong stance on controversial topics that go against the grain.

For example, if everyone in your industry endlessly promotes idea A to consumers, go in and analyze idea A with an unbiased perspective and from different contexts, discovering other ways of looking at it along the way. Maybe idea A isn’t actually the greatest thing since sliced bread, and maybe there are other aspects or angles about the idea of which your industry and customer should take note.

Following your outside-the-box analysis, go on to create content that embodies your discoveries. Titles and calls to action will play major roles in this approach, as you want them to be striking, yet still as honest as possible. Change your advertising offering, or start a series of content that is so against the grain that it’s impossible for readers not to crave more.

There’s no doubt that your content will be raw, rebellious and may bring some criticism, but more likely than not, it will bring followers, and influential ones at that. When you create content that challenges the current industry norm or traditional advertising message, you’ll find that others in your industry, as well as your customer base, will notice and respond.

Even though you’re a marketer, it’s sometimes helpful to take a note from the basics of journalism. Don’t be afraid to go in and really test the products and services of your company and your competitors. Do a full review; give honest, raw reports of your experiences and your findings.

Of course, don’t slander, and don’t be biased; simply be honest and straightforward. When you do so, consumers will give your company brownie points for being transparent and reliable. Moreover, the tactic will help uplift your company’s reputation, brining industry recognition and respect.

It’s never a good idea to stop striving to build connections and relationships with industry thought leaders and reputable brands in your sector. But, at some point, you’ve got to start looking at your own expertise as credible and useful to the industry, too. By implementing these tactics into your strategy now, as 2016 kicks into high gear, you’ll be the one providing sought after advice and input before the year is over.

Kara is a digital commerce professional with a fusion of corporate and start-up, media, editorial and marketing backgrounds, complete with over seven years of experience overseeing corporate brand identities. With a reporting background focused on online shopping and as a former PCMag and AskMen commerce editor, Kara has been highly involved in the content-to-commerce explosion, with roles ranging from oversight of commerce content to managing integrated marketing projects. Currently, Kara acts as the Director of Content Marketing for a large online reseller, and sill remains involved in commerce startups including Faveable.com and Wandm.