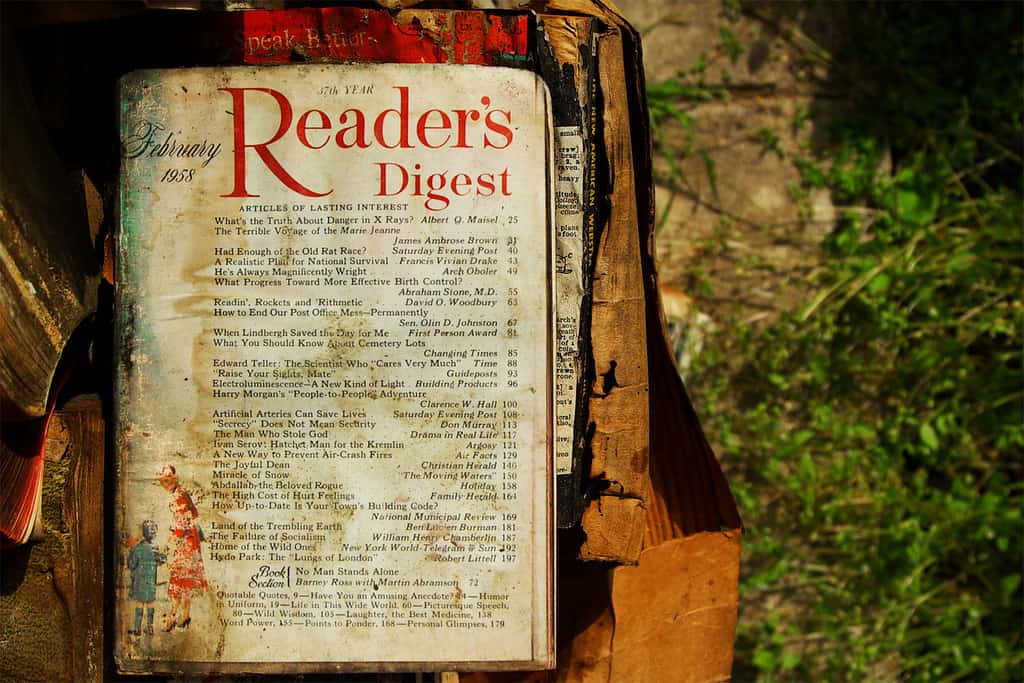 He points to our finite ability to consume content – we only have so much time in a day. When consumers reach their consumption threshold, it becomes ever more difficult to keep their attention. He says it’s an economic problem; basic supply and demand.

In 533 A.D. the Byzantine-Roman Emperor Justinian saw the need to preserve Roman law. His cry of content shock led to the first compendiums of Roman legal statutes, which gave legal professionals of that era the nub of what was important to do their job well. Throughout ancient Europe, the “abridgment” or “digest” was a highly specialized literary form, wrote Daniel J. Boorstin, an American historian at the University of Chicago.

Schaefer’s argument is no less valid today. It’s an issue we have wrestled with throughout history. Since the Graphic Revolution exploded into the Digital Revolution, we’ve been curating and digesting content of all kinds – legal, financial, academic, medical and scientific have been the most processed. Could Schaefer’s argument be Deja Vous all over again? Quite possibly.

In these knowledge markets, organizations can beat content shock using the strategy The Reader’s Digest built its empire on.

Assuming Schaefer is right, as information multiplies, customers, clients and others who rely on organizations for niche news in these industries will demand vast amounts of abridged information. If the supply of content is high, and the demand for content is high, even as time remains finite, people in these markets will demand more curated content, digestions of content and summaries of content. They will be driven to consume more content — will need it, want it, come to expect it, and reward the organizations that do it.

The Reader’s Digest to Digesting Content for the Masses

At its height, The Reader’s Digest published in nearly 30 editions, including Braille, in 13 languages and had a circulation of nearly 21 million copies a month. The U.S. circulation alone exceeded 12 million, twice that of the second most popular American magazine. The fascinating trait of The Reader’s Digest is this – it did not print any original content. Instead, its publishing empire was built on selling a shadow of the substance.

Could this be the next big content marketing strategy, to create the shadow of the original? And could that shadow become the substance?

Wallace DeWitt created The Reader’s Digest from humble a beginning in the New York Library. There he copied (by hand) and abridged lengthy magazine articles for the first Digest. Over time, however, the magazine evolved and began commissioning original pieces of journalism, not to publish in its own pages, but in the annals of other magazines. Why?

First, the Digest’s strategy was so popular among other publications they rarely balked at an abridgment. Instead, they saw it as free advertising – and it was. But this was only moderately sustainable. There’s only so much content to abridge before the content cannibalization begins.

That’s when The Digest developed partnerships with other well-read magazines, commissioned other writers to create original pieces of journalism, and published those in companion outlets.

From this, the editors of The Reader’s Digest were able to create the illusion of more, and interesting content. On the other hand, it helped companion magazines by feeding them articles. After these “original pieces of journalism” where published, the Digest would abridge them and repurpose the content. The very success of the magazine created a need, which could be satisfied only by ensuring a steady flow of articles written for the purpose of being digested.

The Landscape Then And Now

Schaefer’s cry of content shock also echoes the cry of former IBM president Thomas J. Watson Jr. nearly 75 years ago. He warned of an information explosion. Watson’s came at the height of The Reader’s Digest dynasty. Alongside the king of all magazines, many other digests grew, attracting circulations that far surpassed the very publications those digests abridged. These compendiums of literature from all industry types abridged, condensed and curated vast amounts of information. They served readers’ information consumption need, which brings us back to the next big thing in content marketing.

There’s no shortage of studies showing media is fragmenting, which means that more and more people are paying attention to niche blogs, websites and other news sources that cover slivers of industries. Technorati reports these smaller communities sway greater influence. But with each new splinter niche, we run the risk of compartmentalizing information. As the content in each of these grows, it will become increasingly important for brands to abridge, digest and curate the most important information in a given bailiwick.

Without continuous scanning of an industries environment – the media reporting on it, the bloggers writing about it, and the influencers sharing it, commenting on it and adding to the general wealth of information – a brand’s consumers could easily become overwhelmed. However, developing a content marketing strategy that leverages abridgments, digestions, and summaries of content will help consumers and build deeper ties and loyalty. To begin creating that strategy, follow in the footsteps of The Reader’s Digest model to organize and make sense of content in your industry:

Markets will continue to create content at a staggering rate because the barriers to publishing it are tremendously low and the desire for content is high. While there will be plenty mediocre information that doesn’t provide utility, more than enough will be excellent content your readers need to know. Curating it won’t be enough to quail content shock, though; our customers and clients won’t have the time to consume it. Instead, do the digesting for them and give customers the most important information in succinct, clear and concise abridgments. That’s how you win content shock.