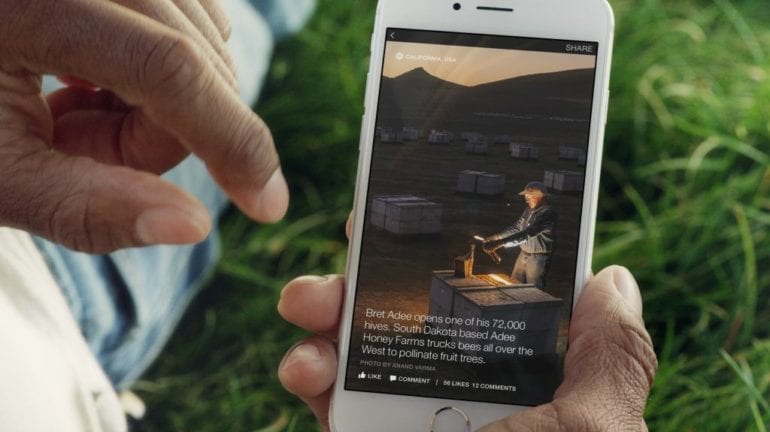 If you weren’t already aware, Facebook officially unveiled what it calls “Instant Articles” this past week. This feature gives publishers (currently just beta participants) the ability to fully syndicate entire articles on Facebook.

On its surface, this looks like an incredible opportunity for publishers to get their content in front of new audiences. Potentially, this could also turn into a channel for brands’ content marketers to infiltrate, too.

In the near term, this new announcement looks like a win/win/win/win for publishers, Facebook, users and advertisers. Instant Articles also allows publishers to monetize their content by sharing CPCs with Facebook or directly selling them to brands, giving advertisers direct access to Instant Articles’ audience.

Facebook went out of its way to create an entire infrastructure that supports Google Analytics (and others) and attribution solutions to ensure transparency with publishers. It made the platform incredibly fast and mobile-friendly with zoom and multimedia functionality.

What It Got Right:

What It Got Wrong:

Ultimately, Facebook wants to keep its users on its site exclusively for as long as possible and doesn’t want them clicking out. This also allows it to pilferage profit directly from publishers that would have otherwise sold their owned inventory to a brand. Facebook says that publishers can keep 100 percent of the ad revenue if they sell it, but they’ll be in direct competition with Facebook’s sales staff. They’ll take a 30 percent cut if they sell it first.

This is just the latest move by Facebook to power its quest to absorb the Internet and make incremental revenue in the process. However, should they open Instant Articles to content marketers, publishers could be spared the hijacking of their referral traffic and revenue, and brands would have significant native access to Facebook’s audience.

Is Native Advertising Right For You?