How Klout Is Poised To Clean LinkedIn’s Content Clock 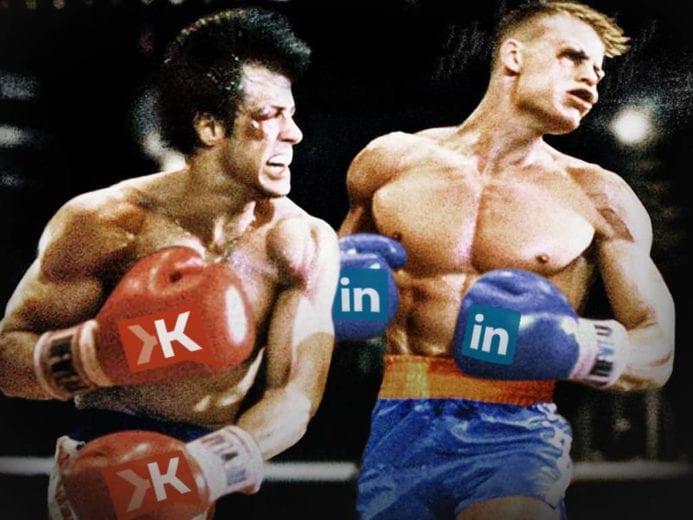 In May of last year, I wrote, “Why LinkedIn Just Got Less Appealing,” to voice the displeasure of myself and many others regarding LinkedIn Today’s (now called Pulse) abrupt content curation algorithm change. Prior to the eighth of that month, it would curate the best mainstream, niche, and original content in predefined categories to be served up together throughout the day.

Post-change, most of the niche content from sources like socialmediatoday.com, business2community.com, realseo.com, searchenginejournal.com and many others simply disappeared. LinkedIn has pursued original content developed by big-name thought leaders and elevated its visibility for some time, but this change was different.

The amount of content curated was drastically reduced and mostly original and mainstream media was left. Unfortunately, this content is created by people mostly in ivory towers and journalists who aren’t on the front lines of the daily marketing battle. They’re either reporting from the rear or sit in the big offices of HQ.

Many regular consumers of LinkedIn Today were disappointed, to say the least. To this day, I’m lucky to get two articles worth reading on Pulse over a 24 hour period.

Late last week Klout announced its intent to empower its users with the ability to view and share curated content that is custom-tailored according to the social graph of the user and the user’s audience. This is a throwback to early last year when LinkedIn actually did something similar — when its content was still useful. However, since curation is based on an individual user’s social graph and what actually resonates with their audience, this looks to be potentially better. Klout describes it this way:

“The ‘Create’ tab helps you find great articles and posts worth sharing with your audience. Unlike most apps that suggest content for your personal consumption, Klout intelligently recommends content that will strike a chord with your unique set of friends, fans and followers. Helpful tags highlight fresh content that is starting to trend as well as items that closely match the interests of your audience members and are likely to resonate with them.”

Another nifty addition to Klout is the ability to schedule curated articles to post to Facebook, Twitter or both. The idea behind this is simple — users know when their audience is listening and this functionality empowers users to schedule accordingly. Ultimately, a user’s Klout score itself measures the effectiveness of this scheduling based on audience engagement and the scoring algorithm. 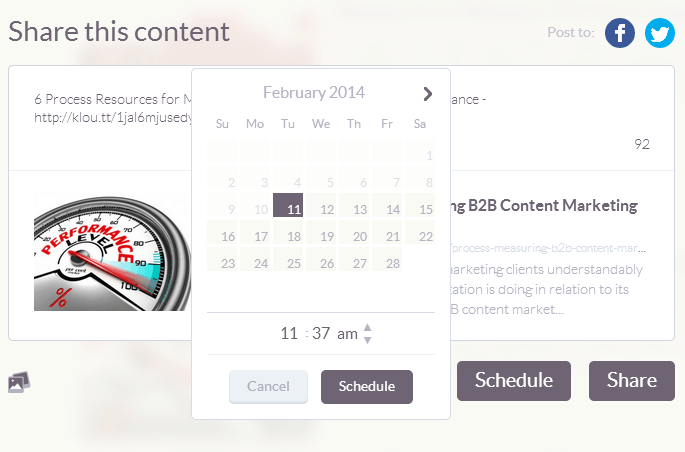 The battle has just begun

So far, it looks like Klout has figured out how to combine influence, social signals, and content all the way down to the individual content creator. It’s clearly taking advantage of the shortcomings of LinkedIn’s Pulse and appears to be stealing a page from Google’s authorship and forthcoming author rank — attributing content to individual creators juxtaposed with influence. This is clearly communicated below:

“Like the process of developing the Klout Score, building a product that makes it easy to create and share quality online content is going to take time. Over the coming weeks we’ll be launching tools that help you with original content creation and provide deeper insights into your impact on social.”

It’s hard to say what ultimate impact this new direction for Klout will have on the online media landscape, but rest assured; it will have an impact. This recent update is merely a taste of what’s to come. In the meantime, I think I just found my new online morning destination.

Can We Finally Stop Chasing Google and Just Be Marketers?