Since the start of the pandemic, we’ve seen more digital transformation than ever before.

As companies across sectors change their business models to remain productive and reach consumers in times of mass isolation, the “value of digital” is now undeniable, along with SaaS platforms.

The SaaS market has skyrocketed in recent years and 2020 has been a landmark year for service-based digital platforms of all varieties.

This year alone, experts project that the SaaS sector will generate $105 billion in revenue. And, by 2027, SaaS market value is likely to soar to $219.5 billion. A recent comprehensive TrustRadius study covering business buying patterns found that companies are planning to increase their investments in several categories of SaaS products and other tech solutions. 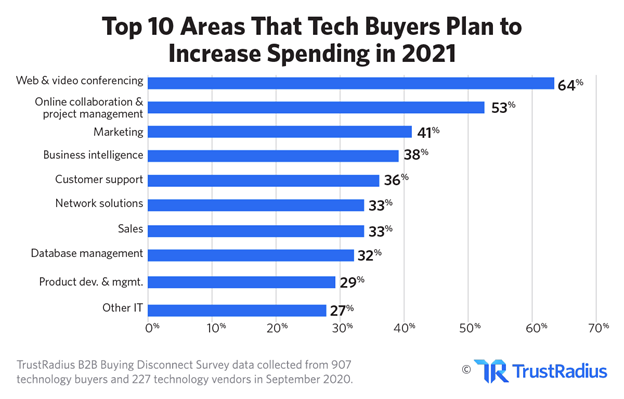 As businesses across sectors continue to embrace the power of remote working, we expect a host of new innovations to emerge from the digital woodwork in the near future. This includes game-changing offerings from industry-leading businesswomen.

For too long, the tech sector has been crippled by gender bias. However, the playing field is on its way towards equality, with an increasing share of funded startups now being founded and led by women. It’s easy to formulate an argument that women are leading growth in the SaaS sector.

Let’s take a look at some of the executives who have pushed SaaS forward in 2020 and happen to be women. 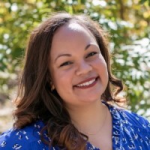 Kris’ career has taken her around the world, working for both profit and non-profit organizations in a number of locations in Africa, Asia, the UK and the US. She’s passionate about the impact that tech can have on the way we live our lives, and she’s dedicated her career to enabling that impact. 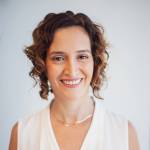 Since its launch in 2016, Papaya Global has expanded operations, offering its global payroll and workforce management solution in over 140 countries. The platform has also picked up a number of industry awards. Arguably as impressive is that during the first year of Papaya Global, Guez was pregnant while leading the company and steering the evolution of its product. 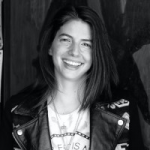 Marie’s background is unusual for the founder of a successful startup — she’s a talented comedy writer who’s won awards for her screenplays — but her understanding of business strategy is undeniable. In 2019, Marie was named Product Hunt’s Maker of the Year.

FYI is her third document organization startup, and its success is based on all the lessons that Marie and her co-founder Hiten Shah learned from their previous attempts. A product for organizing your work on other platforms, FYI has grown quickly from an MVP the pair built in just five days. 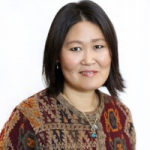 Like many high-level women in SaaS, Christine isn’t content just to advance her own career. She’s also concerned about helping other women progress in tech, which is why she founded the non-profit organization Women in Product. This collective has over 10,000 global members, and it offers mentoring and development workshops for women who want to rise in the product management and development space. 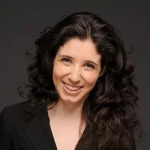 During Adi’s six years as the chief business development officer at vcita, the company has gone from strength to strength. Adi is known as a strong leader with big vision, and she’s proven it by building an impressive network of revenue-generating strategic partnerships for the startup. Adi was also selected as one of 2020’s Top 50 Women Leaders in SaaS by The Software Report.

An all-in-one small business management and customer communications platform, vcita has had an especially busy year in 2020, launching an education portal in partnership with MasterCard, joining the G20 Global Partnership for Financial Inclusion’s SME Finance Forum and releasing a series of features designed to help solopreneurs survive the pandemic. 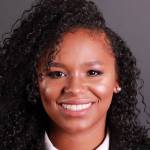 Asia already had an impressive career in marketing and demand generation before she founded her successful startup, DemandMaven, two years ago. Designed to help SaaS businesses with growth marketing and product-driven growth, which are Asia’s specialties, DemandMaven counts products like Terminus, Motivo and Rindle among its clientele.

Asia also puts her talents to good use as a board member of Moz and a lead mentor at TechStars. She is also a mentor and advisor at three more startup communities – yes, all at the same time. 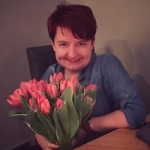 Jaana’s background spans both IT and engineering, as she has a master’s degree in both subjects. Jaana joined Pipedrive, a leading CRM, as a product manager almost three years ago, and now she’s the company’s product lead. As she puts it, that means her team is responsible for all “lego pieces” that other teams use for their solutions, giving her a lot of responsibility for Pipedrive’s continued growth.

Jaana loves the fast-paced atmosphere of the tech startup world so much that in her spare time she’s growing her own startup, Alfred. She hopes Alfred will innovate infosec in much the same way Pipedrive innovated the marketing and sales world. Alfred finished in the top five at a recent business idea competition in Estonia. 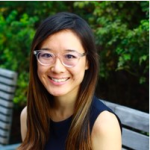 Spotify has grown enormously over the past few years to 248 million active users, largely because of its success in delivering a personalized music experience to every user. Much of those capabilities are a direct result of Inga’s work. Spotify’s senior product manager, Inga is passionate about the role that machine learning can play in personalizing user experiences. She leads the teams that manage the algorithms behind Spotify’s most popular playlists. 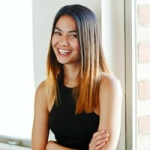 Melanie began her career by running a yearbook design company as a side business during her college days. The business was popular, but at its core was the idea that grew into Canva, today a $3.2 billion company.

When Canva launched in 2013, it made Melanie one of the world’s youngest female tech CEOs. Canva won hearts and subscribers thanks to its easy-to-use interface that made attractive design accessible to anyone. Now it has over 15 million users in 190 countries and testimonials from celebrities like Owen Wilson and Woody Harrelson. 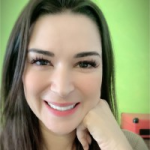 Emilia Chagas began her career as a content manager for multiple clients. She wished there was a single platform to streamline the content creation process. That dream led her to set up Contentools, which launched in 2015. The platform gathered tens of thousands of users within just a few years.

In 2018, Contentools joined forces with Sean Ellis’s GrowthHackers, and Emilia moved to her current position of CEO of the combined company. The GrowthHackers community and annual conference are among the most visible brands in the industry. The newer GrowthHackers Experiments, GrowthHackers Workflow and GrowthHackers Insights software products are emerging as highly popular tools. 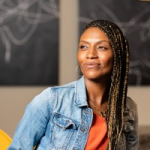 Promise is proud to be an “underdog” in Silicon Valley, with a track record of raising capital and transforming companies. She arrived at Silicon Valley to serve as the CEO for TapInfluence, a SaaS platform that uses AI to help brands tap into the power of influencer marketing, but she didn’t stop there.

Promise set up her own business, GrowthWarrior, which invests in and assists SaaS startups to fulfill their potential, and wrote a soon-to-be-published book, 7 Secrets of the Growth Warrior. Previously, Promise founded and served as CEO of two other businesses. She also served as CRO for JazzHR and head of product marketing for BEA Systems. 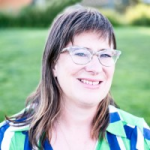 Edith already had a strong background in product management and software development before she founded LaunchDarkly, including authoring thought leadership blog posts and podcasts on continuous delivery, software trends, and DevOps issues.

Like many startup founders, Mada developed the idea for Branch while trying to launch another startup. While Mada was in business school, she joined up with another student to launch a photo book printing mobile app. They soon found the challenges involved with attributing referrals intensely frustrating.

Mada and her co-founders sold the app and focused on the challenge of mobile growth analytics. The result is Branch, a SaaS platform for managing deep links and mobile attribution. The platform is used by big names like Airbnb, Pinterest, Slack and Yelp. Mada also spends her time teaching mobile growth workshops and championing the merits of data-driven strategy. As a partner at Xfactor Ventures, she only invests in companies with at least one woman among the founders. 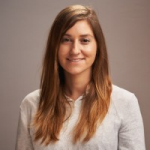 Agatha began her career in software development and product management. She quickly worked her way up the ranks to her current position. She attributes her success to being highly organized, forming close and mutually supportive friendships within the organization, and her ability to command influence and respect in a new position. 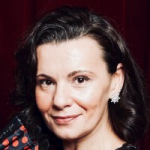 A serial entrepreneur and innovator, Tatyana’s willingness to take risks has borne fruit time and again. Tatyana is the co-founder and former senior director of Ideo, a global design company. She has filled senior product and management roles in companies like Amazon Web Services, Salesforce and NextDoor. She has also served as strategist, client relationship manager, and project lead on a by-project basis for numerous multinational corporations, leading design of user-centered digital experiences and driving innovation.

Today, Tatyana spends most of her time advising startup founders and serving as a partner in VCs. She focuses particularly on blockchain and cryptocurrency startups and companies building their product strategy and culture. In all her positions, Tatyana has played a key role in innovating and developing new products. 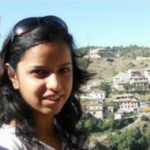 As VP of product at Atlassian, Anutthara is at the peak of a career that she says began back when she was a child, coding custom games on her PC. Since her modest beginnings as a software developer, Anutthara has gained many patents for tech innovations at Microsoft. She has also become an accomplished executive who is passionate about tech and philanthropy. 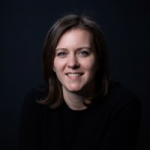 Maggie brings a rather unusual set of talents to the SaaS world. She is a former Olympian who was part of the US field team in 2006. Her more conventional SaaS experience includes stints as an analyst, business strategist and product manager at a number of companies. 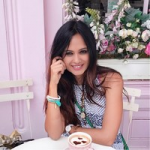 Deboshree currently works as the Group Product Manager for PayPal, as well as CEO of her startup, RoomPlays, an online platform for interior e-design services, and serving as mentor and advisor to many aspiring entrepreneurs. She’s passionate about design, and in her “spare time” curates Deesignplay, a hi-tech lifestyle blog and Instagram account with a global following.

Deboshree’s achievements include winning an EB-1 Green Card reserved for people with extraordinary abilities; speaking at various conferences and summits; and founding the Bay Area chapter of Lead for Women in Product. She has been featured on numerous lists of women product leaders and disruptive women in tech. She is a powerful voice advocating for women and people of color in software. 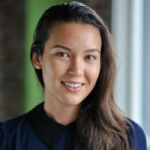 As the founder and CEO of Shippo, Laura has had a huge influence on the lives of small business owners and ecommerce entrepreneurs everywhere. This SaaS company offers a simple API for businesses to use to simplify logistics and lower shipping costs.

Shippo raised $30 million in its latest funding round. Laura was also included in Forbes’s enterprise tech list of “30 under 30.”

In terms of evolution and innovation, women are leading the way in the SaaS industry. As the digital world continues to expand, we can’t wait to see what these inspiring women will achieve in 2021 and beyond.

Joydeep Bhattacharya is a digital marketing evangelist and author of the SEO blog, SEOsandwitch.com, where he regularly shares the latest news related to SEO, SMO, PPC and online marketing.