Published On November 5, 2013 Published By 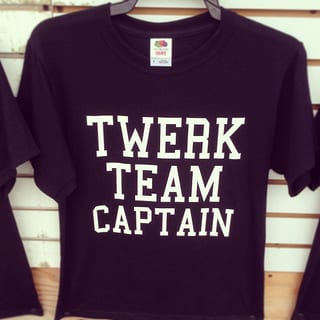 Pop culture has a weird way of unearthing things that are unknown and exploiting them to the point of staleness. We saw it happen this summer with The Harlem Shake. The actual Harlem Shake which dates back to 1981, was made popular in 2001 by Harlem rapper G. Dep and resurfaced in 2006 as the “Chicken Noodle Soup” via DJ Webstar’s 2006 song of the same name.

But in the summer of 2012 when a DJ/producer by the name of Baauer released a track called “Harlem Shake”, an onslaught of meme videos that had absolutely nothing to do with the actual Harlem Shake went viral. Pop culture saw something funny and ran it into the ground. Suddenly, everyone was trying to get their piece of the pie. And Harlem didn’t find it nearly as entertaining as the rest of the country.

As marketers, we constantly search for the right angle from which to deliver our message. What will resonate the strongest with our target audience? What can we do or say to grab their attention amongst all of the digital chatter and noise? It’s easy to find quick answers to these questions in a viral video, meme’d image or pop culture trend because it’s prevalent and hip. Newsjacking works when there is a real connection between your brand and current affairs, but try to present your overstuffed armchair company as being relevant to twerking and you’ll likely do more harm than good to your brand’s image.

By exploring the history of a viral theme within the context of marketing, a brand stands to make a deeper connection to consumer attitudes, tastes, and buying behaviors, thus positioning itself to make a real contribution to the discussion without looking foolish. Every idea can be presented as a new idea, so long as it’s done with tact and respect.

A brief history of twerk

Another cultural hijacking took place during 2013 MTV VMAs. Miley Cyrus is getting a lot of credit these days for bringing twerking to the forefront of pop culture, just like Baauer did for the Harlem Shake. And not unlike Baauer’s story, Cyrus’ personification of twerking is nothing like the original. This is a problem not because what she’s doing is racy and controversial (go on and do your thing, Miley) but because pop culture is completely oblivious to the cultural history behind the original dance.

The origin of twerking can’t exactly be pinned down to a single person or date, but DJ Jubilee is widely recognized as being the first to command listeners to do it on record in 1993. Bounce music’s history begins around the same time as twerking—the late 1980’s and early 1990’s—in New Orleans, where it still thrives. Bounce is most prominent in Louisiana and other deep southern states, but has recently gained mainstream exposure through bounce pioneers such as Big Freedia.

The cultural value of twerking might be up for debate, but the cycle of pop culture’s appropriation and dilution of a phenomenon is exemplified here. And just like Cyrus sings, it isn’t about to stop and we can’t make it. What we can do is make ourselves more informed citizens of the Internet—and help both marketers and audiences alike use pop culture responsibly. Brands that attach themselves to bogus Internet trends simply to attract views run the risk of losing potential customers—whether the trend takes off or not.

All memes and pop culture trends have history and deserve the courtesy of being used in an intelligent and accurate way. There’s an entire subculture that surrounds twerking, but its once-stable community has suddenly been elevated to unimaginable levels of fame… and ridicule. It’s our job to keep the treasures of the Internet fun, not to mock them for our own personal gain.

How B2B Brands Are Using AI to Generate High-Quality Leads