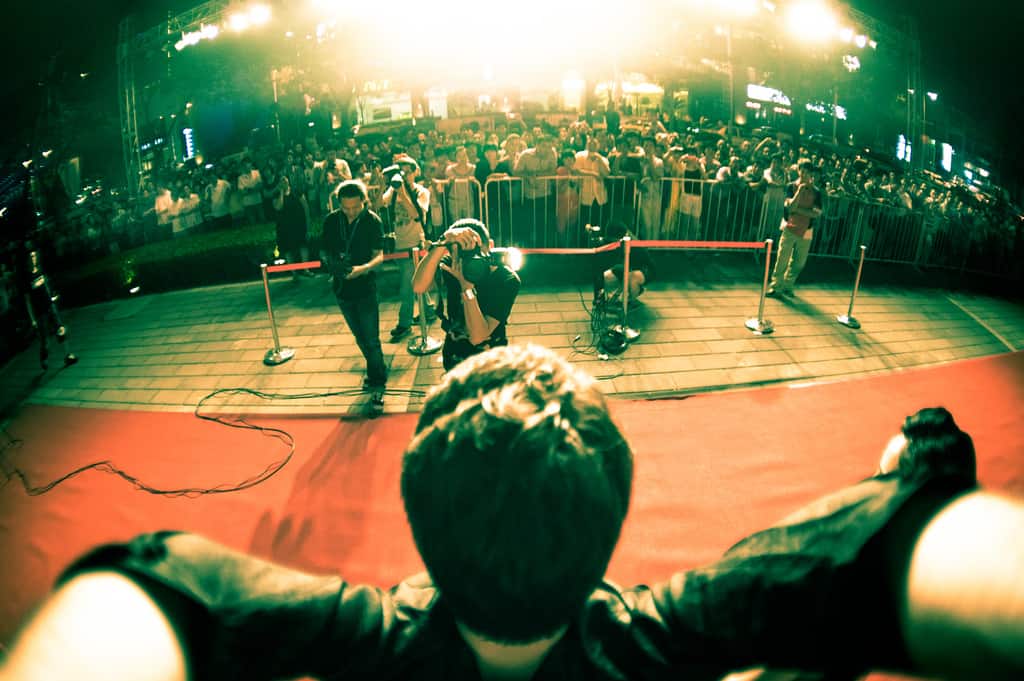 The entertainment industry’s constant struggle for continued success has become a steady source of news. It is embedded in many of our daily habits, even if it’s just a quick glance at the cable guide to see what is on after a long day.

Yet there is much to learn from the nonstop coverage of the Kardashians and the rise and fall of television shows that hit the bottom as quickly as they achieve mass acclaim. The entertainment industry is ever-evolving, quickly assimilating to emerging tastes and opinions from the audiences they seek to win over. It’s an epidemic that has swelled as access to information has sped up in this technological boon.

The truth is that the roller coaster of achievements and failures that plague the entertainment industry are those that also haunt the content marketing world. Fads come and go in the blink of an eye. The latest trend in branding can become hackneyed over the course of a text message conversation between teenagers, and that toy your child coveted 15 minutes ago is obsolete by the time you’re ready to help them purchase it.

So how do entertainment companies survive, and how can these tactics help you improve your marketing content?

This seems like the easiest takeaway because it’s the pursuit of any company, agency, or marketer. Though we all want to be Apple or Google, their branding connects to their willingness to take chances on creative campaigns (and their ability to handle flops when those chances taken don’t pan out).

Marketing on a smaller scale does not allow for successive failures—or any perceived failures, for that matter. So how do you establish and cultivate a brand reputation? It begins by identifying your audience.

For example, Disney understands the customer base for Marvel products. They started small by casting Robert Downey Jr. in the titular Iron Man role. Downey Jr. had a reputation for being a superb actor, but also for many personal failings. Iron Man was a popular niche comic book character that mirrored Downey’s foibles. It was a risk, but one that fell in line with the branding Marvel sought to attach to their name.

It’s a similar formula in music. Though major labels seek to sing myriad artists across numerous musical genres, smaller independent labels often curate a sound and image to attract a particular audience share that may be neglected by larger conglomerates.

Founded in 1986, Sub Pop Records existed as a means to explore the evolving music scene in Seattle and the Pacific Northwest. As much of it exploded into grunge and alternative music in the early part of the decade, Sub Pop was at the forefront of that success thanks to early investments in bands such as Nirvana and Soundgarden.

In other words, they understood the value of their own community and the branding associated with connecting and fostering it.

The entertainment industry is often accused of lacking original ideas, but it’s hard to argue against the popularity of sequels and reboots. Ours is a world filled with a handful of Supermans, Batmans, and a spree of cheaply made, and yet high grossing, horror films.

The world of young adult novels finds countless hits in trilogies obsessed with teenagers fighting against a dystopic future where adults have taken away decisions and resources, squashing freedom of choice in favor of myopic control. The Harry Potter series has spawned countless copycats and websites filled with devout fan fiction. When an audience finds a world or subject matter that it enjoys, it wants to live in it as long as possible.

The same is true with the pile of case studies, white papers, and social media content you accumulate. A few edits and you can reboot your case study into a white paper, transform a tweet into a new blog post topic, or whittle down a white paper into bullet points readymade for LinkedIn or Facebook. Good content isn’t meant for a single use. It should be repurposed, improved, and rebooted to engage different audiences.

Speaking of varied engagement, understanding how to use a wide array of social media channels has amounted to stars being made on a daily basis. No longer does it take a reality show or dedication to stage and screen to birth a new celebrity.

Entrepreneur Dan Bilzerian has made a name for himself not as a high stakes poker player and venture capitalist, but as someone who has an engaging (and risqué) Instagram account. Kim Kardashian has used mobile gaming to boost an already ample profile by putting her image within an app so popular that even the EPA is apparently playing.

Understanding the audience of social media is important to establishing your brand and making use of generated content. If you’re a company actively courting a young female demographic, set up a profile on Pinterest. If you’re trying to lure recruits to work at your firm, you should be connecting with them on LinkedIn and following them on Twitter. If you’re a goods-and-services business, try using Snapchat to lure customers into trying out your latest product.

As important as robust dialogue and complex characters are to entertainment, it’s equally valuable to understand that content generation isn’t just perfectly edited words and ideas but how they are presented. Though some films can find moderate success in spite of massive plot holes and terrible acting or bad direction, it’s imperative to match up the written message with the right visual setting.

The best movies and television shows make sure we’re a part of the time and era. “Mad Men” makes sure to write snappy dialogue that can speak to a modern audience, and yet its set props and main plot points are ensconced in the 1960s to ensure a unified message. Music and literature also rely on visual cues to connect the message with the setting. Album art often sets the mood and illustrations or descriptive prose is integral to proper storytelling in print.

It’s no secret that blog posts with images are read and shared more often than those without accompanying visuals; make sure you employ that common knowledge on all of your channels (where it’s appropriate) and spend as much time developing beautiful graphics as you do on writing the copy to go with them.

With so many entertainment options and channels, it’s not uncommon to find the hottest young stars struggling to find work after their initial success. The world is full of Topher Graces and Harper Lees who reach great heights only to succumb to the new flavors of the month.

Audiences are fickle and the moment a celebrity takes a step out of the spotlight, they soon find that it isn’t so easy to step back in and renew that hard-won success, which is why it is necessary to pick the best social media outlets for your content and keep them updated.

Content production may never go out of style, but any lull in its publication can mean losing the audience you worked so hard to cultivate. You must work just as hard to keep your brand in the public eye as you did in establishing the social media base in the first place.

Content may be king, but how you use it is crucial to its appeal. How is your content influenced by the entertainment industry and what cues can you take from it?

Justin Spicer is a freelance content editor and journalist based in Carmel, IN. He has 10 years experience in content creation, ranging from articles for entertainment websites to rewriting content for various business websites. He spends his free time listening to music, gardening, and dipping his toes into the vast ocean of Python.