Content Marketing Plans and Strategy – Beginning of the End? 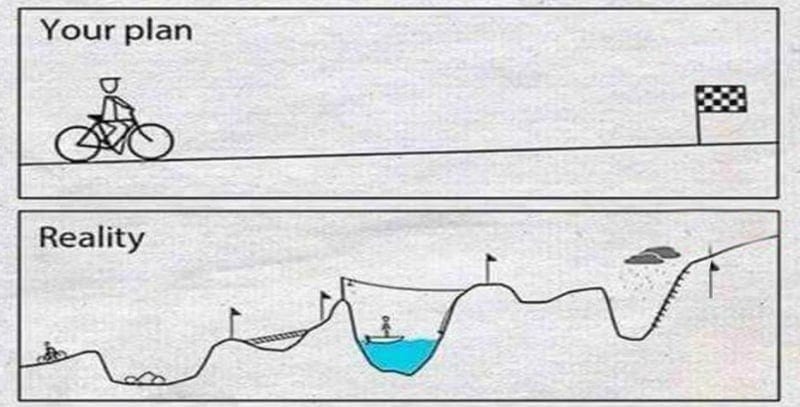 Are strategy and documented planning cornerstones of  business success?

Or is it smarter to have an action first philosophy which allows you to learn from your mistakes faster?

SOOOO MUCH has been written about the importance of business plans and setting measurable goals. We also have never before access to user data, ready to use templates and detailed case studies of the biggest brands. All engineered so that our left brain can tell our right brain the 101 ways that things that could go wrong.

And of course, the most efficient, fastest, least risk path to success! 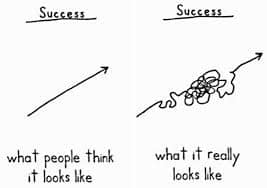 Sketch by Demetri Martin (from his book This is a Book)

Unfortunately, “success” is not an exact science and failure can be nothing more than a small detour. And of course, the very definition of success AND failure can change several times along the way. Click To Tweet

Founder of the non profit, Khan Academy, Sal Khan started out with a simple intent to tutor his cousins and family. While the man had NO business model he did have a vision for“ a free, world-class education for anyone, anywhere” ( but no real strategy to achieve it) But applauded and then funded by organizations that include Google. AT&T and Gates Foundation, Mr. Khan’s vision has achieved a scope that no strategy or document could have anticipated.

And frankly, if Mr. Khan had sat down to do the same maths that he teaches in his courses , he may have quit even before he started. Click To Tweet

The Groupon we know today had more humble origins as  “ The Point’ – a platform intended to organize grassroots action—after the founder, Andrew Mason, faced difficulty terminating his cellular telephone contract. But soon a need for profits  made him extend the concept to negotiating better prices via “ Collective buying”, a concept that took the company into a different orbit. Here again, the success was hardly a result of the original founding strategy, if any.

There are many more examples. A lot of people attribute Microsoft’s meteoric raise to a series of good decisions rather than some strategy document conceived and taken to fruition. In fact, almost all companies seem be zig zagging towards success (and failure) than follow a linear path that strategy soothsayers would have us believe.

Thomas Watson of IBM said, “If you want to succeed, double your failure rate.

Maybe “ the retrospective guide to success” is not as accurate or straightforward as it looks? And maybe success is about trying out a whole bunch of different things even as some crash and burn?

Assuming that were true, do we not need a content strategy?

I think not. Strategy and plans are helpful and provide both structure and common ground to what may otherwise we chaotic ideas. While not a guarantee of success in themselves, I think they certainly increase the probability of focused and consistent effort especially when there is a team involved. 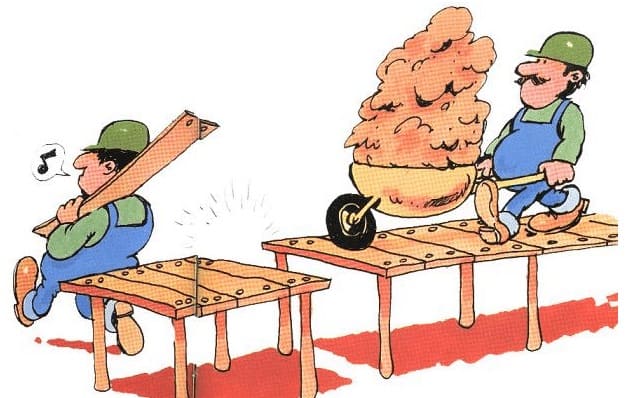 But over reliance on any kind of planning as an “activity” can often hurt and even kill smart ideas in the bud as we overanalyze to the point of inaction.

Tom Fishburne sums in up really well below,

“We need to accept that there will be risk and uncertainty in any worthwhile plan. We don’t make that risk go away by crunching the spreadsheet yet another time. Instead, once we plan what we know, we should set the plan aside. Apply that time, energy, and focus on coming up with bigger ideas and making things happen. Place a few audacious unpredictable bets. Minimize the risk by maximizing the upside”.

So strategize, just don’t strategize it to death!

With more than 20 years experience in marketing, Neema Kapoor is the Managing Editor at Relevance.

Neema has been a digital marketing strategist for over 10 years now. Prior to moving to digital marketing, Neema held roles in Sales, General Management and Marketing in organization such as the Taj Group of Hotels, QAI Global, the world’s leading process consultancy and HP. At HP she was the Country Category Manager, for a large and successful line of laser printers.

Neema has a degree in Japanese and a post graduate degree in Business Administration. She is also a Certified Scrum Specialist, a training she undertook to bring more agility to content processes as part of her work as a digital marketing specialist.

How to Develop Content Marketing Strategy for Financial Services