Did Someone Just Buy The Internet For $572 Million 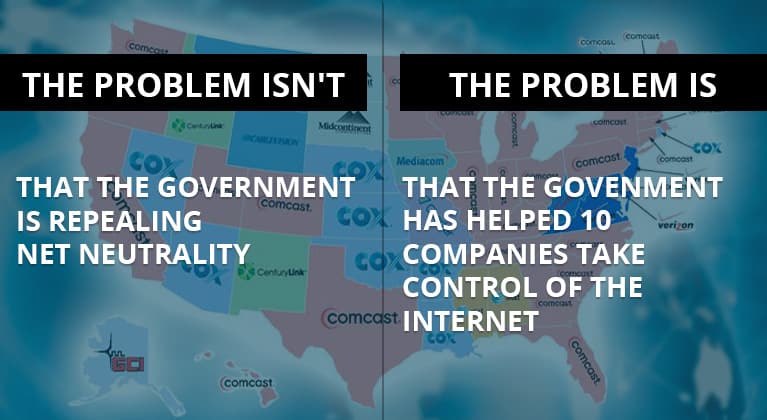 While it is yet to be seen whether the ruling holds or in what form and where it will finally unfold, the pro and con debate brings up interesting questions as regards  “Internet Equality”,  a word used almost synonymously with “Net neutrality” today and the increasing influence of corporate cash in influencing public policy. 3 ISPs alone have spent $572 million (that we know of) to kill Net Neutrality since 2008, money that could just as easily have been channeled into building better networks and infrastructure. Hey, now wasn’t that what they said they needed to kill Net Neutrality for?

Net neutrality is the fundamental principle that all data on the Internet should be treated equally, no matter where it comes from, or where it’s being sent.

Or if you want the long version

But then you may ask…since when is the internet a level playing field?

Offline businesses routinely negotiate tiered cost proposals for real estate, labor, or goods, and deeper pockets have an obvious head start. But on the internet, a 13 year old blogger reviewing video games has a decent chance to get the same ocean facing luxury suite (read eyeballs, page views, likes, upvotes, emojis, or whatever other popularity currency you fancy) as a more established player.

The point being that so far success on the internet was, relatively speaking, not as investment dependent and that alone made it the most disruptive, and therefore the most innovative marketplace ever!

And no, not entirely…

But like it or not, the internet and even our perception of it is skewed i.e. controlled by a select few. Putting aside the ISP impact, Google is the default lens through which 88% of the world views the internet. Apple decided the apps and even the music you probably download and, of course, Facebook’s creative team sets the tone for 80% of the messages most of us receive in a day. And Amazon, well…I think if it’s not covered under “2 day prime delivery”, it is simply not in my shopping list!

Then what exactly does Net neutrality change?

Even as the aforementioned giants virtually “run” the internet due to their infrastructural superiority, the consumer still retains the element of CHOICE.

I can CHOOSE BING over Google or type in a website address myself.

I can CHOOSE LinkedIn or pick up a phone instead of Facebook.

But the repeal of Net Neutrality is a gross violation of my ability to CHOOSE.

While some argue that users can still CHOOSE and switch vendors if needed, for most that may not be a choice and therein lies the problem.

The core principle as I see it is that as long as there is sufficient or reasonable CHOICE, markets can be allowed to operate without much micromanagement but in industries as critical as food, water, and INFORMATION, granting self-regulation to profit hungry businesses is hardly a sensible option. Especially when one in three American households have little choice when it comes to their internet provider.

While a free market approach may have stood a chance had there been even a presence at fair competition, it appears that more than 100 Million Americans Can Only Get Internet Service from Companies That Have Violated Net Neutrality.

Now you would think that something so obvious with such large implications would have a more “Truth prevails” ending than its current “Game of Thrones” turn, but as the saying goes –

“If it makes money, it has to make sense.”

And sense it makes for AT&T, Verizon, and Comcast that have infringed basic precepts countless times before in their quest for more profits even as they spent millions of dollars lobbying to end Net Neutrality since 2008.

According to Mr. Rand Fishkin:

The reason that this is generally being fought against by both Congress and the FCC is because these big ISPs have a lot of money, and they’ve paid a lot of lobbying dollars to try and influence politics. For those of you outside the United States, I know that sounds like it should be illegal. It’s not in our country. I know it’s illegal in most democracies, but it’s sort of how democracy in the United States works.

By the way, while the above white board Friday presentation by Rand Fishkin predates the June 11 ruling but it is an excellent resource for grasping the fundamentals of the issue especially with regards to its impact on digital marketing.

With more than 20 years experience in marketing, Neema Kapoor is the Managing Editor at Relevance.

Neema has been a digital marketing strategist for over 10 years now. Prior to moving to digital marketing, Neema held roles in Sales, General Management and Marketing in organization such as the Taj Group of Hotels, QAI Global, the world’s leading process consultancy and HP. At HP she was the Country Category Manager, for a large and successful line of laser printers.

Neema has a degree in Japanese and a post graduate degree in Business Administration. She is also a Certified Scrum Specialist, a training she undertook to bring more agility to content processes as part of her work as a digital marketing specialist.

How AI is Helping to Reduce Waste in Digital Advertising

Are You Taking Your Customer Support Seriously? 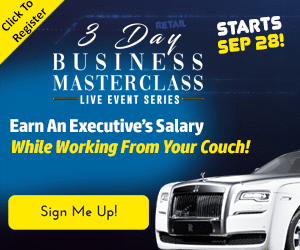