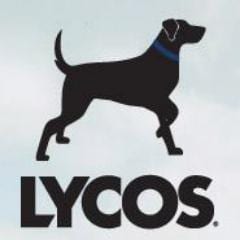 Survivors like Lycos have lived to tell the tale of their place in the early days of Search. While Ask Jeeves survived by shifting over time to focus on Q&A, Lycos has evolved over the years into a network of community and social sites.

This is the story of Lycos, another search pioneer that got caught in the crosshairs of Google’s emergence as the industry’s dominant force. The search engine with the dog logo would later reinvent itself as a more diversified entity that includes everything from news to gaming. But this new chapter didn’t come without years of difficulty.

Go fetch me them results, boy!

Lycos began as a research project at Carnegie Mellon University back in 1994 that was propelled with the help of about $2 million in venture capital funding. The company developed one of the first crawler-based search engines that could rapidly fetch results to user search queries.

In 1996, Lycos became the first search engine to go public, ending its first day of trading with a market value of nearly $300 million – sending a signal to investors that Tech was hot; the Lycos IPO came a year after the IPO frenzy of Netscape, the Silicon Valley startup that started the Internet boom.

Yahoo and Excite followed Lycos with IPOs of their own as Wall Street became increasingly excited about Internet stocks. But over time the Dot-com bubble would burst and the Tech casualties would mount. As Google rose to prominence in Search, Lycos had to go another direction entirely just to survive.

From billions to millions

Lycos was sold to the Spanish Internet company Terra Networks at the height of the Internet boom in 2000 for $12.5 billion in stock. Lycos would suffer in the aftermath of the dot-com bubble burst but still survive. A decade after the Terra purchase, Lycos was sold to an India-based marketing company called Ybrant Digital for just $36 million.

Despite its massive drop in market value, Lycos still estimated the 2010 traffic for its network of sites at 12 to 15 million monthly unique visitors in the United States. That network of sites would continue to grow with products related to Games, Website Tools, Email, Weather, and News.

Back to the future

Most recently, Lycos has returned to its roots with a new emphasis on search. CEO Rob Balazy told The Next Web last December that Lycos would focus more on head terms and user experience in 2013, merging “the notion of a search-type activity with a curated content experience.” Today there’s a search box at the top of the Lycos home page – above a dozen topic boxes featuring everything from web publishing to entertainment.

Gaming has also been a major initiative in recent days. Lycos has garnered headlines with the launch of Evincible, a social word-guessing game designed for mobile where you sign into Facebook and play with anyone from friends to strangers.

So, what are your memories of the original Lycos search engine? Had you lost sight of Lycos or followed its transformation into a more diversified company? We’d love to hear your thoughts.