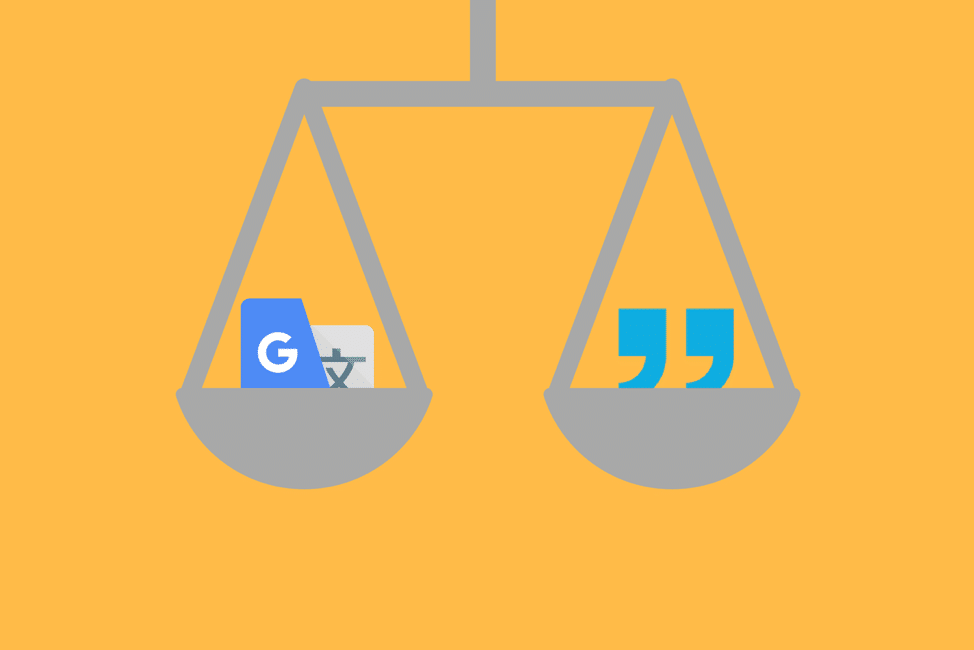 Recently one of my posts on the difference between translation and localization received a comment, which gave me the idea about writing this dedicated post. One of my readers had some doubts about whether he should invest in translating his blog posts in other languages? He writes –

“That was a great post and I am bookmarking it for the useful recourses you have mentioned in it. However, I have a doubt. I run a small blog and I write primarily in English.  I wonder if I should translate some of my blogs in other languages or should I translate WordPress website itself into one or two locales? Should I use Google Translate or Microsoft Translate for my WordPress site?

Having a multilingual website is one such investment that can never back-fire. Especially when you are running a blog, it’s all about offering you’re your readers with the information, interacting with as many people, and helping them out.

In that perspective, blogging in multiple languages is a big go ahead. You can not only help more people but also reach to an untouched populace where your primary blogging language made no sense. Based on the language, you would have a fairly lower competition as not everyone publishes in every popular language.

However, it is not as easy as it seems. I know several other bloggers who post in one or two languages. From where see I notice several downsides as well of multilingual blogging. Whether you want to interpret some of your posts or translate WordPress site from scratch, don’t just jump into a conclusion upfront.

I want you to first analyze your situation, check for the alternatives, pin-point pros and cons, and then make an informed decision. Let’s go through the downsides first.

Cons of translating your Blog posts into other languages

There could be several challenges a blogger is poised to face if he/she jumps into early conclusions. Based on the below-given cons, make sure you stand on the safe ground before committing to multilingual blogging:

Blogging is no data-entry. It requires a lot of hard work, commitment, and keeping up with the demand. No matter what language you blog in, your hard work shines only if you deliver new, interesting, and unique content to the readers’ community.

Even if you know the spoken language, it’s not enough to write in it. Take the English language for instance. Spoken English and the English that writer’s use is entirely different based on the subject of the content. It’s difficult to adapt to the literary devices of a new language.

A lot of extra expenses

Just calculate how much you spend in managing your blog in a single language. Just multiply the same with several other languages you intend on blogging in. That’s what it takes to manage your blogs in manifold languages.

Every cost just multiplies into manifolds. From writers, their salaries, SEO professionals, and SEO tools, to even hosting cost if you are intending to translate WordPress website itself into independent multilingual domains. Even if you are thinking about translating the existing blogs into other languages, a good translator does not come cheap.

Even if you somehow carry on the extra expenses, accommodating the existing blog for multi-lingual readers is a tough job. You will have to re-structure your entire blog to offer a well-organized space for readers from all the supported languages.

Moreover, there are a few languages which follow right to left scripts. For example, Hebrew, Urdu, Arabic, etc. I have seen bloggers changing their entire website templates to accommodate RTL scripts, which is yet another extra work and expenditure.

Pros of translating your Blog into other languages

As much it’s difficult to manage multi-lingual blogs, writing in other languages open doors to several unprecedented opportunities for the blogger. Good things don’t come so easily. However, if you can achieve a well-optimized multi-lingual blog, you will have a bigger audience and more readers.

By writing in more than one language, you will open up your doors for the readers from an entirely new populace. Consequently, you will notice a significant increase in the website traffic and more referral sources adding up to the list.

In your articles are worthy, your content will also get back-links and mentions in the works of other local bloggers in the niche.  All of this will add up to your overall website traffic and increase the size of your followers’ list on the website as well as on social media.

English is the most competitive language to write in. The competition just reduces by manifolds when you write in other languages as well. The blogging market in other languages is not as saturated as in English. There is a higher chance to rank on the search engines.

One more benefit of blogging in more than one language is leverage to your domain authority. Say, you blog in the English language, and have gained some great domain authority over a while. Now when you extend your material in Spanish, it becomes easier to rank as not all original Spanish blogs have good DA. Same goes to other local blogs in different languages.

It’s easier to rank in a niche language with consistency and valuable content.

Readers love to read in their native languages. They are more likely to feel connected with a quality blog that offers information in their preferred locale.

I know a blogger whose first language is Spanish. She blogs in both English and Spanish. This is what she has to say about her readers from the Spanish community-

“My Spanish readership is more engaged than my English readers. Since I share the language and cultural background with them, I believe even I feel more accessible to my Spanish readers. They ask me questions, reply to my comments, follow me on social media, and we also conduct small meet-ups now and then.”

Well, this of influence and engagement is indeed a desirable trait for any blogger from any locale. It makes you not only more accessible but also opens doors to new business opportunities.

One of the biggest pros of blogging is a local language is greater attention from the native media. Not just that, you will have a sense of community with other niche writers and it becomes easier to ask for collaborations.

For example, you may think of a local newspaper not as popular as The NY Times, but it surely has a bigger influence over the local audience. Comparatively, it’s easier to get featured in the local media, yet create a bigger impact than the mainstream alternative who are also hard to access.

Having a multi-lingual blog helps you to optimize the affiliate sales more natively. For example, the entire world is in a debate that, which hotel search engine is the best. Bloggers from around the globe suggest popular names like Tripadvisor and Booking.com.

When you blog in a local language, it’s easier to take the natives in confidence. You make them feel that you know the locality better and which business works best. Readers always prefer local blogs over global blogs for local products and services. Moreover, you get more stages to put your affiliate links. You can put the same affiliate link in all versions of your blog and get better visibility for it.

Should you use Google Translate to translate your blog?

I strongly suggest you should not use Google translate to blog in multiple languages. One of the biggest reasons for my opinion is that Google translate is merely a translation tool, but not an adaptation tool. It translates word by word without looking for the semantic meaning of a sentence.

Alternatively, you can use any of the popular WordPress translation plugins from the market. They give not only optimized translations but also advanced SEO features like custom URL structure, and support for all WordPress themes and templates. They also offer visual editors, which you can use to optimize the UI in every language–even right-to-left languages. You just have to test a plugin well before purchasing.

I am a professional blogger, guest writer, Influencer & an eCommerce expert. Currently associated with ShopyGen as a content marketing strategist. I also report on the latest happenings and trends associated with the eCommerce industry.

How Content Creation Can Land You a Dream Job