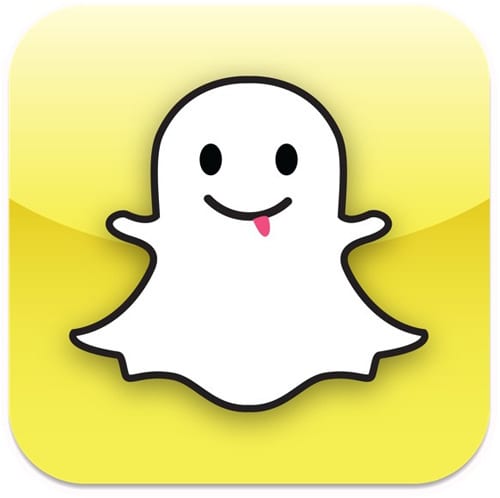 Earlier this year, Snapchat started making waves in the social media pool. Rather than cross-pollinating platforms and connecting the app to Twitter and Facebook, though, users were making it popular by good old fashioned word-of-mouth. That’s because there’s actually nothing tangible to share in Snapchat. It’s a glorified direct messaging application- much like sending a photo or video via text—with a catch.

To sum it up: you take a photo of something “in the moment,” add a caption or use your stylus to draw on top of the image, send it to your friends, and LOLz abound…supposedly. The catch? After the recipient views it, it’s gone forever. Unlike Facebook, Instagram or Twitter, a snap can never be recalled (shared, liked, favorited, tweeted) again.

Snapchat is also changing the way users interact with each other, replacing almost all forms of communication entirely. This includes text messaging, phone calls, emails and even workplace messaging. A user’s list of friends is built from their phonebook and does not integrate with existing social media profiles.

Snapchat is cool right now because older people don’t know how to use it and spammers haven’t figured out how to abuse it. If it’s got any staying power, marketers are going to have to start cracking the code very soon. Here’s some advice for marketers looking to familiarize themselves with Snapchat.

Contrary to popular belief, Snapchat is not just a sexting tool. Teens are sending each other inappropriate pictures via Snapchat (and beating each other up over it), but the greater population (particularly the 25+ age group) is still struggling to discover the true power of Snapchat. There is a lot more to this tool than ugly selfies that marketers should take the time to make note of.

Snapchat used to only operate with a “catch” feature – once the time limit expires, it can never be recalled again. That was the case until recently when Snapchat Stories were unveiled. The new function enables users to compile their recent snaps (both video and still photo) into a slide deck-esque snap that lives much longer than standard snaps—a whopping 24 hours—but still eventually disappears. There’s been a lot of speculation about this being the first step toward monetizing the application and turning Snapchat into a more viable long-term business (something Snapchat founder and CEO Evan Spiegel will neither confirm nor deny) but it does seem to be setting the stage for the integration of commerce.

The video seen above was Snapchatted to all users on launch day. After it plays and users return to their inbox, instead of the message’s status reading as “opened” (as it historically would have in the pre-Stories era) it now says “Double tap to listen,” which sends the user directly to the iTunes page of the band featured in the Snapchat Story. While organizations such as Taco Bell, 16 Handles and fashion designer Rebecca Minkoff have made subpar attempts at marketing with the standard Snapchat application, the new “double tap to X” function has huge potential. Replace X with “listen,” “buy,” “download” or any other call-to-action your little marketing heart can dream of, and the possibilities are endless.

Place your bet on Snapchat’s ability to monetize “coolness”

Two weeks ago, when Snapchat turned down offers of $3 billion and $4 billion from Facebook and Google respectively, it sparked an influx of theories and conjecture about the app’s long-term viability. Some speculate Facebook made the move simply to eliminate threats from a competitor, while others believe Snapchat has big plans in development to begin cashing in on their rapidly growing, young audience (SPOILER ALERT: It’s ads and virtual goods).

So, whether you’re sharing unattractive images of your own ugly mug or delivering a virtual experience to potential customers through Stories, don’t write off Snapchat yet. Challenge yourself, your employees and your coworkers to start thinking outside of the box. Empower them and yourself to experiment with Snapchat now, while the rules are still undefined and the playing field is even. What you do those 10 seconds (or 24 hours) of undivided consumer attention is up to you.