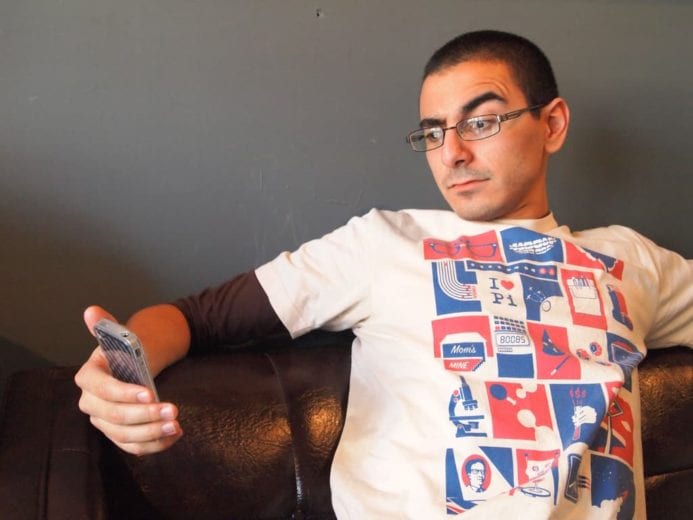 We’ve been touting the importance of a mobile content strategy in accordance with the smartphone revolution since last fall.

This has – perhaps erroneously – been interpreted by many as a requirement for mobile app development. Indeed, consumers are spending more of their time in apps. However, for some organizations, an app just doesn’t make good business sense.

But what if you could reap the content distribution benefits of an app (namely, push notifications) without the investment dollars and adoption rates required to prove ROI?

This morning Roost and Hootsuite announced a partnership that allows users to manage their web push notifications from within Hootsuite. Yes, it is possible to marry push notifications and websites (with limited browser support at the moment), and the channel is developing quickly.

The Undeniable Success of Push Notifications

A rapid re-imagining of the web is underway, something we might call the moblification of the web. The most obvious example of this is the mobile website itself – which, when done well, creates an experience virtually indistinguishable from a native app. But more subtle examples, such as a shift in desktop UI design toward things like the hamburger menu, also abound.

In some countries, mobile web browsing is already past the inflection – that is, more people browse the web on their mobile devices than desktop. So, in this sense, the moblification of the web is something which flows from shifts in audience behavior.

There’s a perfect storm of factors playing into the success of push notifications as a form of content distribution. And so far as apps are concerned, push notifications are the must-use marketing channel. Why wouldn’t we expect the same of the mobile web?

First, the audience is, by default, already engaged with the brand. If you’ve got a brand’s app on your phone, it’s because you support them – financially, idealistically, or both.

Second, push notifications carry a lot less digital “weight” than other forms of distribution. Clogged email inboxes and surges of social mentions to respond to are common complaints plaguing today’s “plugged in” consumer. Conversely, there is no queue to clear or delete button to strike when push notifications arrive on your device.

Push Notifications Without An App?

So why, then, aren’t more brands taking advantage of this incredible opportunity to rise above the noise and deliver their content with a proven channel?

There are many reasons, not the least of which is cost. App development is an expensive investment that many young startups simply can’t afford to produce and maintain. Even if you can afford to develop an app, it can be challenging to get some markets to adopt it.

Realizing how debilitating this can be for brands (especially those with app-savvy competitors), a platform called Roost was developed to make it possible to send web push notifications without having a costly app developed. Roost (a Y Combinator company) presently supports push notifications for desktop web, but the company plans to support the mobile web in Q1 of 2015. The significance of this is so obvious that established, forward-thinking brands like Hootsuite are showing early support of web push to stay ahead of the trend.

Instead of directing recipients of a push notification to content within an app, messages distributed with the Roost platform reach and redirect users to a webpage via their browser, whether desktop or mobile. The content of the message, as well as the destination URL, are defined by the publisher or brand.

Users have the ability to control their experience by opting in our out, as well as declaring the topical areas of the website they are most interested in. Such options for Relevance subscribers, for example, might include content promotion, content distribution, content marketing, earned media, native advertising, social media marketing, and SEO. The categories can be preset by the brand, or they can be programmatically decided for you based off of your subscribers’ behavior and engagement.

Without suggesting that apps are going away (because, clearly, they aren’t), it is not inconceivable that today’s best mobile-responsive websites are (or soon will be) equally as functional and aesthetically appealing as apps. Whether you don’t have the resources to enter the app game or you simply don’t believe it’s a good fit for your business – Roost allows you to shift budget allocations in favor of mobile responsive design and still capitalize on the benefits of push notifications.

But what’s the advantage of implementing great technology if it’s not employed as intended? Early adopters of Roost (i.e. The Next Web, Smashing Magazine, and St. Louis Dispatch) report the most success when they put their social teams in the driver’s seat. These employees are already living and working in micro-content every day, so adding the distribution of web push notifications to their duties isn’t a far stretch at all. And with today’s announcement of Hootsuite integration, it’s even easier to integrate Roost with your existing workflow.

Roost also facilitates AB testing, even allowing astute power users to push the same URL with different messages to subscribers and monitor – in real time – which notifications were most effective. Armed with insight about which messages were most enticing, they can then schedule optimized social media posts.

How Well It Works

This new technology is still in the early adoption phase, but – as Relevance VP of Audience Chad Pollitt suggested in his 2015 predictions article – this content distribution solution is too good for publishers and content marketers to ignore.

Roost currently reports a 15 percent opt-in rate, which might seem low until you hear that of those who do opt in, a whopping 94 percent stay. Brand ambassadors typically comprise the majority of those opting in, which is great because they’re more likely to share your content than casual readers.

FanSided, a Sports Illustrated partner network, proclaims, “As a media company with 280+ sites in our portfolio, Roost has made it easy and seamless to jump into desktop push.”

Remember, Roost currently supports Safari on desktop only. In coming weeks, they’ll add Chrome and Firefox for both desktop and mobile. And with today’s endorsement from the world’s most widely used social relationship platform boasting more than 10 million users – 744 of which are Fortune 1000 companies – it’s only a matter of time before web push notifications reach their tipping point.