When Content Is King, What’s The Rest of the World Order? 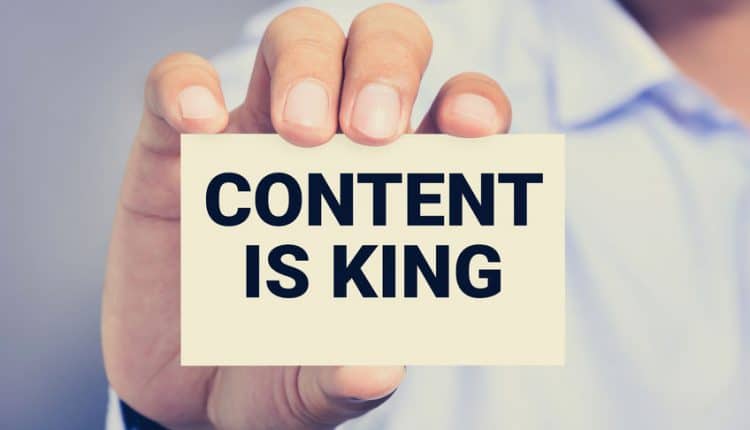 The expression ‘Content is king’ is a very well-used one. It is trotted out time and again, usually by content owners or producers looking to close a deal of some sort. They are right of course, it is the element at the top of the digital food chain as without content there is no real reason for anything else to exist. But as with any social environment, not everyone can be a king. By way of example, there are lots of people living in Britain but it only has one monarch. What does that mean? If the metaphor is to work, does it mean that there are lots of countries with their own kings – Are there queens? Who do they rule over? Let’s look to unpack the hierarchy.

As much as modern-day kings are born, the truth is that traditionally a kind was made. Arthur pulled a sword out of a rock in order to be named king. Others stepped up and killed predecessors or rivals. In short, a king needs to be promoted to his position and, as much as content is destined to be king, it can only get to the top if it is packaged and promoted correctly. In this regard, things like PPC advertising are very important. The goal is never just to produce good content, it needs to be to get the content in front of the right audience. If that doesn’t happen, then the king is never made, he never has a chance to shine or to lead. In the real world, the king will have his minders, his disciples or his people, those who go ahead of him, who herald him and let it be known where to find him and what he is all about. The king who has the best people is the king who can exert the most influence. In other words, in order to be king, you don’t need to have the best content out there, you just need to make sure that you have the best audience.

Every King Needs A Queen

Every good king needs a queen, and, in this analogy, the matriarch is the delivery. Great content is important, as is its promotion, but if the ability to deliver, host, and experience the content is flawed, or if it leads to a bad experience, then the king is powerless. For example, if the content under discussion is video-related, the king will swiftly lose influence if the product takes too long to load or if it is forced to buffer repeatedly. Rather, the queen in this analogy would be a blend of a great video player and the best hosting Australia has to offer.  Done right the delivery experience will be good which will enhance the influence of the king. The queen, doing her bit in the background to support her man and her leader – because it goes without saying that while delivery is important if there is nothing to deliver then the delivery role is moot.

Every king needs a jester in his court, and this is where social media comes in. It is a little maverick, something that can be hard to control but which can have a big influence on how things work. With social media; platforms like Twitter, Facebook, and Instagram, there is the opportunity for content to go viral and to be spoken about beyond the traditional confines of the court.

A King Needs A Subject

In every kingdom, there is a ruler and there are his subjects. So, in this world where content is king, you might ask who the subjects are. The answer is that the audience is the subjects. If a king has no subjects, then he lacks a power base or influence and as such it is the goal of every king to attract and develop an audience. And more than that, he wants to be a good king which means being accessible and engaging with his subjects. In short, it is an ecosystem, built around using content to develop an audience and in turn using audience to fund the whole venture – either by charging them for access to the content or by selling advertising to brands to allow them to talk to the audience.

SEO for Beginners: The 5 Step Beginners Guide to SEO

5 Things to Consider Before Starting a Career in Marketing