Why Your Business Should Adopt Open Source Standards 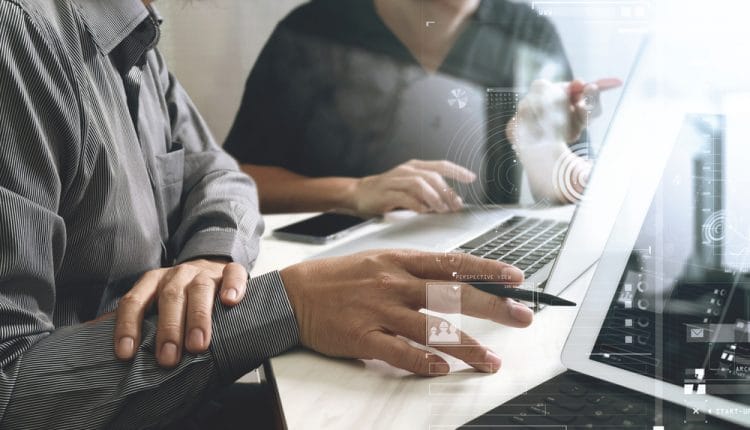 What are standards? When talking about software, a standard is a protocol or common format for a document, file or data transfer that is accepted and used by developers worldwide for working with computer programs.

Software standards enable interoperability between applications created by developers and companies. For hardware, standards are an agreed-upon set of specifications that make it possible for manufacturers to create products that are compatible with one another.

In other words, without standards, everyone would need to use the same software or hardware for the same tasks. In today’s world, that would be an insurmountable task. You have different countries, different economic situations, different needs – all of which drive users and businesses to adopt certain software titles and devices.

Standards make it possible for businesses to work seamlessly together as if everyone were using the same tools.

Standards are governed by the International Organization for Standardization (ISO). This organization includes 163 national standards bodies. According to ISO, a standard is defined as:

“A document that provides requirements, specifications, guidelines or characteristics that can be used consistently to ensure that materials, products, processes, and services are fit for their purpose.”

With standards in place, an IT outsourcing services company like BairesDev is capable of assisting your company to interoperate with other companies, enable your deployments to function with other applications, and generally make your business life easier. Without standards, you’d be faced with a significantly higher outsourcing bill.

Five Open Source Ecommerce Tools That Make It Easy For You To Sell Online
Your business relies on selling products. If you have any intention of expanding your bottom line, you’ll need to take…
Read More

For the purposes of this article, there are only two standards to consider: proprietary and open. Proprietary standards are a set of specifications for hardware and software that is controlled and owned by a single company. Because of this sole ownership, the company can do with those standards what they will.

Most often companies with proprietary standards don’t release the specifications for those standards to the public. Because of this, only developers who have been given the right to view those standards can enable their software to interact.

Standards also apply to hardware. This has become incredibly relevant in today’s 24/7 IoT-driven world. With more and more embedded devices being deployed, it has become crucial they are able to communicate with one another. With proprietary standards, this becomes quite the challenge.

Why? Say, for instance, Company W creates IoT Device X that reinvents a particular task or purpose. This device quickly becomes a must-have for both businesses and consumers. Thing is: if Company W holds Device X standards as proprietary, not every application or device would be able to work with Device X.

That seriously inhibits innovation, because Company Y isn’t able to get their Device Z to communicate with Device X. Maybe Company Y is a much smaller company. If Company W doesn’t open the specifications for Device X, it means that Company Y is left in the dust.

Although to some businesses that might sound like a great way to prevent the competition from gaining ground, it also means Device X will have seriously limited flexibility. If only a minimum number of applications and devices are able to communicate with Device X, fewer and fewer consumers will opt to purchase the device.

Which leads us to the benefits of adopting open standards.

How to Create a Content Marketing Plan for 2020
Content is still king when it comes to creating a killer marketing campaign. On average, content marketing costs 62% less…
Read More

Clearly, the main reason why your business would want to release your standards as open is because of interoperability. You don’t want to limit what apps and devices are capable of communicating with your products. If you build the perfect device but choose proprietary standards, you’re limiting your bottom line.

But beyond that, you should also consider a few other reasons for going with open standards. First off, when you use them, those standards can be vetted and improved by developers across the globe. That means you aren’t only dependent on your in-house developers to improve the quality of your product.

That alone should make your company’s collective mind up to opening the standards. When you open source your drivers and APIs, thousands upon thousands of developers can work with your specifications. With that in place, you remove barriers to entry and adoption.

Handing your standards over to open source developers can also save you some money. Because you aren’t relying solely on your in-house developers, your specifications will improve faster and in ways your engineers might never have considered.

Open standards also foster innovation and competition. When you hand your standards out, it means other developers can get creative with how applications and devices interact with your product. Without opening those standards, you might not see Company Y creating Device Z. What happens if Device Z (which is dependent on Company W’s Device X) becomes incredibly popular? Because Company W released the standards for Device X, Company Y was able to innovate and create Device Z.

The proliferation of Device Z will mean a rise in sales of Device X.

In other words, the bottom line can be directly and positively affected by open standards.

Finally, one issue that can’t be overlooked is security. This goes back to having a global population of developers who are capable of vetting the standards you have released. By doing so, the likelihood of insecurities in your standards decreases exponentially. Gaining that level of vetting with proprietary standards is simply unheard of.

If your company hasn’t already released the standards for your hardware or software, it’s time you do. Open-source software runs the enterprise. Any company still holding their standards under lock and key risks falling behind in a world that is evolving faster and faster with every tick of the clock.

Open your standards and stay at the edge of innovation.