Twitter is one of the most powerful marketing tools on the Internet. Unlike many other social media sites, it is an open forum where almost all users have opted to keep their profiles from being private. It has a live update feed and search algorithm that makes it easy to keep up with the trends of the day in any field. It even allows you to connect with some of the most famous and powerful people in the world, one on one.

But that doesn’t mean that everyone has managed to use it to their advantage. In fact, many people have tried to utilize the site, only to have the hashtag backfire spectacularly. Such as with these five examples, where they attempt to engage users didn’t go according to plan.

McDonald’s is a controversial business. Cited for their food that doesn’t spoil, the use of ingredients like the now infamous ‘pink slime’, and their role in the obesity epidemic that is sweeping the globe, their reputation is in the pits. So some clever PR work was definitely needed, and marketers thought that adding a personal touch from customers might help. Hence, #McDStories was born.

Customers were asked to post a tweet using the hashtag, telling people their own stories of the restaurant. But unsurprisingly, most were less than positive about their comments. PETA stepped in and posted a photo of the liquified goo that makes up chicken nuggets from the fast-food store.

One user told a story about getting food poisoning from one of the stores in the 90s and ending up in the hospital. In fact, there were several stories like that one. It quickly became apparent that McD’s had made a mistake, but by then the campaign went viral. It has become one of the most notorious hashtags backfired examples in history.

Newsweek has always had a reputation for writing provocative stories. But during the peak of the Arab protests that swept the Middle East, they came out with a story entitled ‘Muslim Rage’, which was accompanied by a cover of angry Arab men burning a flag. It was met with harsh criticism from critics.

But mostly it was met with intense amusement from Twitter users, and Muslim’s in particular. Newsweek put the nail in their coffin when they asked those users to use the hashtag #MuslimRage to comment on the story or issue. Which they happily did.

“Having greatest hair day, no one even knows,” said one Muslim woman who was wearing a head scarf in her profile photo. “I am a Muslim, therefore I rage. Thanks Newsweek!” said another. “Lost your kid Jihad at the airport. Can’t yell for him” was retweeted more than a thousand times. Oops, Newsweek…you should have known better.

Takeaway: Avoid promoting hashtags that may be considered racial or political. These can easily blow up! Additionally, use calendars to plan your hashtag campaigns to avoid the hashtag backfiring. Careful planning and cross-team collaboration will help you avoid unfortunate failures like this.

Mitt Romney has always caused a lot of mocking from both sides of the political spectrum. But when a secretly recorded video was taken of him during an address to a conservative organization, he had a nasty PR situation on his hands.

He managed to insult everyone from Americans to the Chinese, and one very memorable quote insinuated the laziness of Latinos. Nice, Romney.

Michael Moore quickly jumped on the comment. He asked Twitter users to post about how much easier life would be if they were Mexican. But not everyone understood the reference, and what ensued was a clusterbomb of replies from the offended to the offensive. The biggest problem?

Many of the replies used racist stereotypes, thereby fanning the flames that Moore himself was trying to comment on.

Takeaway: Don’t try to venture into cultural differences. While these hashtags may spread like crazy, there’s no controlling the outcome.

The violence that erupted in Egypt in 2011 was a true tragedy. Many people died, assaults by police were reported as commonplace and CBS reporter Lara Logan became a famous face that illustrated the horrors of treatment against women in the area after she was gang-raped by citizens, a problem that plagued women so severely that many were afraid to leave home.

But that didn’t stop Kenneth Cole from advertising his new fashion line using the hashtag #Cairo, one already being used to discussing the horror in the city.

“Millions are in uproar in #Cairo. Rumor is they heard our new spring collection is now available online” 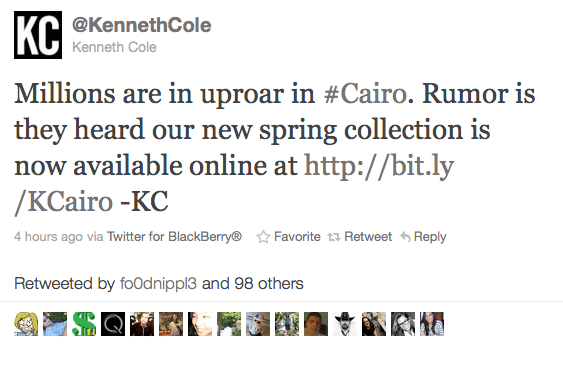 This caused an immediate backlash, though so have his many billboards mocking 9/11, Hurricane Katrina, terrorist attacks, and more. In other words, Kenneth Cole is kind of an opportunistic jackass. Also, he isn’t funny.

Takeaway: Do research your hashtag prior to marketing it. Google it and search on Twitter and Instagram. Also, sites like Urban Dictionary are helpful for timely finding some nasty associations. In fact, try engaging with other branded hashtags and Twitter chats prior to setting up yours. This will give you a better feel of what you can expect.

Once more, our list goes back to presidential candidate Mitt Romney. During one of his speeches, he and his staff started using the “are you better off than 4 years ago?” rhetoric.

But when his team of campaigners asked tweeters to use the hashtag #AreYouBetterOff, things really got messy, at least for Romney.

Within 24 hours, thousands of responses had been posted saying “Yes”. To this day, it is one of the funniest missteps in a campaign already littered with gaffs from the Republican nominee.

This may well be the longest-living political hashtag out there: 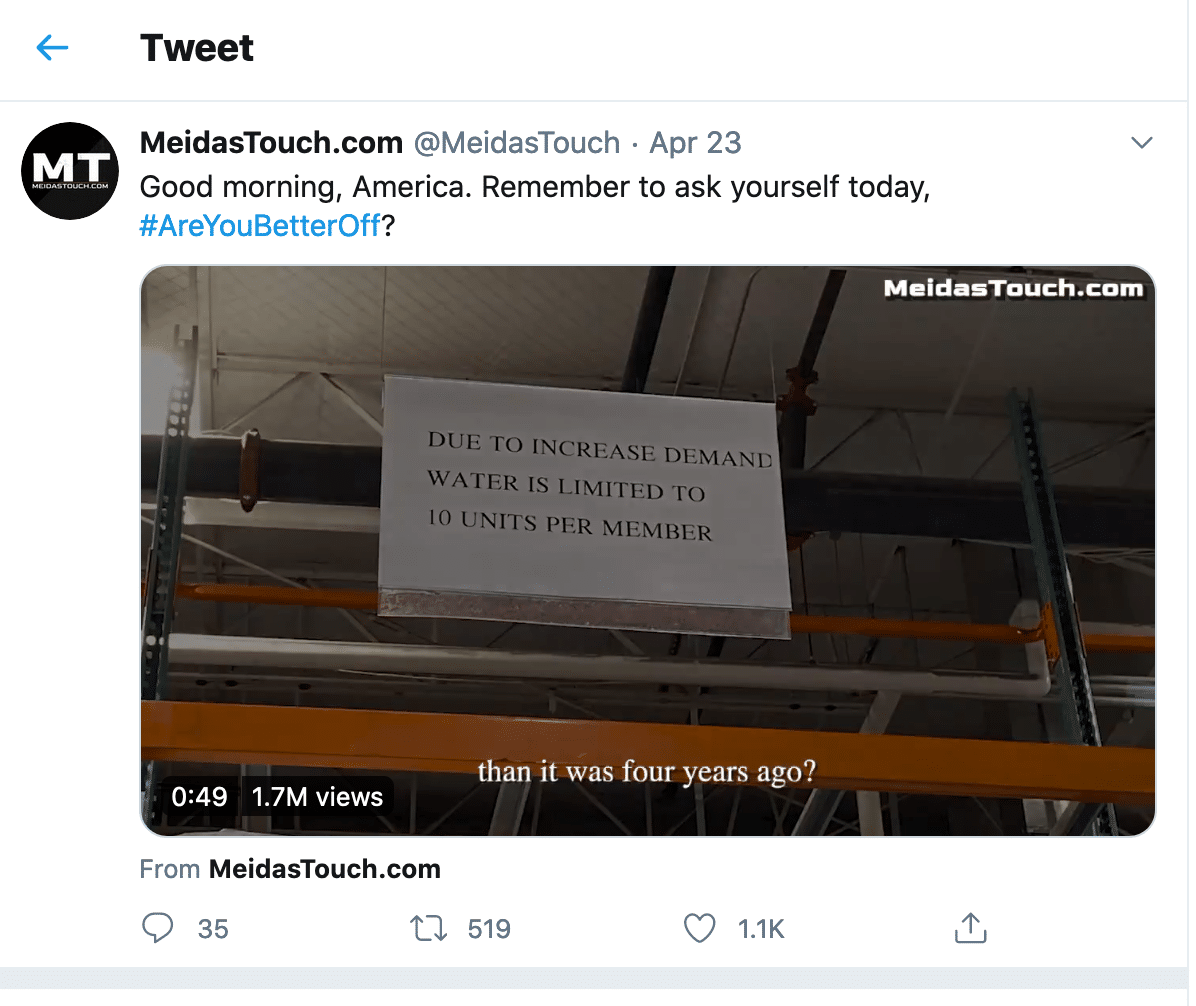 Takeaway: When your hashtag invites an answer, consider all possibilities as to how it may go wrong.

What were some of your favorite examples of hashtag backfires? Let us know in the comments.

Ann Smarty is the Brand and Community manager at InternetMarketingNinjas as well as the co-founder of ViralContentBee.com. Ann has been into Internet Marketing for 8 years, she is the former Editor-in-Chief of Search Engine Journal and contributor to prominent search and social blogs including Small Biz Trends and Mashable.