Today digital market undergoes a massive and rapid transformation. This applies to all Internet sectors but primarily to the innovation in advertising technology. This domain sees two new trends that are significantly changing the way products are being promoted. Those tendencies, namely the need of being non-intrusive and the need of being contextual, are also rendering some of the existing advertising techniques obsolete.

The demand for unobtrusive ads comes from the fact that most of the users are irritated with popup banners, which in an uncontrolled manner clutter their screens. Therefore, more and more consumers start to download ad blockers. Latest survey has shown that only in US ad-blockers usage is 40% on laptops and 15% on mobile devices. Those apps constitute a real difficulty for advertisers, especially for those who before relied on traditional banners. Therefore, the demand for a discrete, not blatant technology has notably risen.

At the same time, a new Internet trend, called Native advertising, has become widespread. It’s a tendency to model publicities so they match with the content of they website on which they are displayed. In that way, ads don’t stand out as something that users intuitively skip without paying attention to. On the contrary, native publicities intent to target its consumers with information in which they can be interested in. Increasing popularity of the native advertising has proven that the contextualization of ads is being highly valued on today’s market. 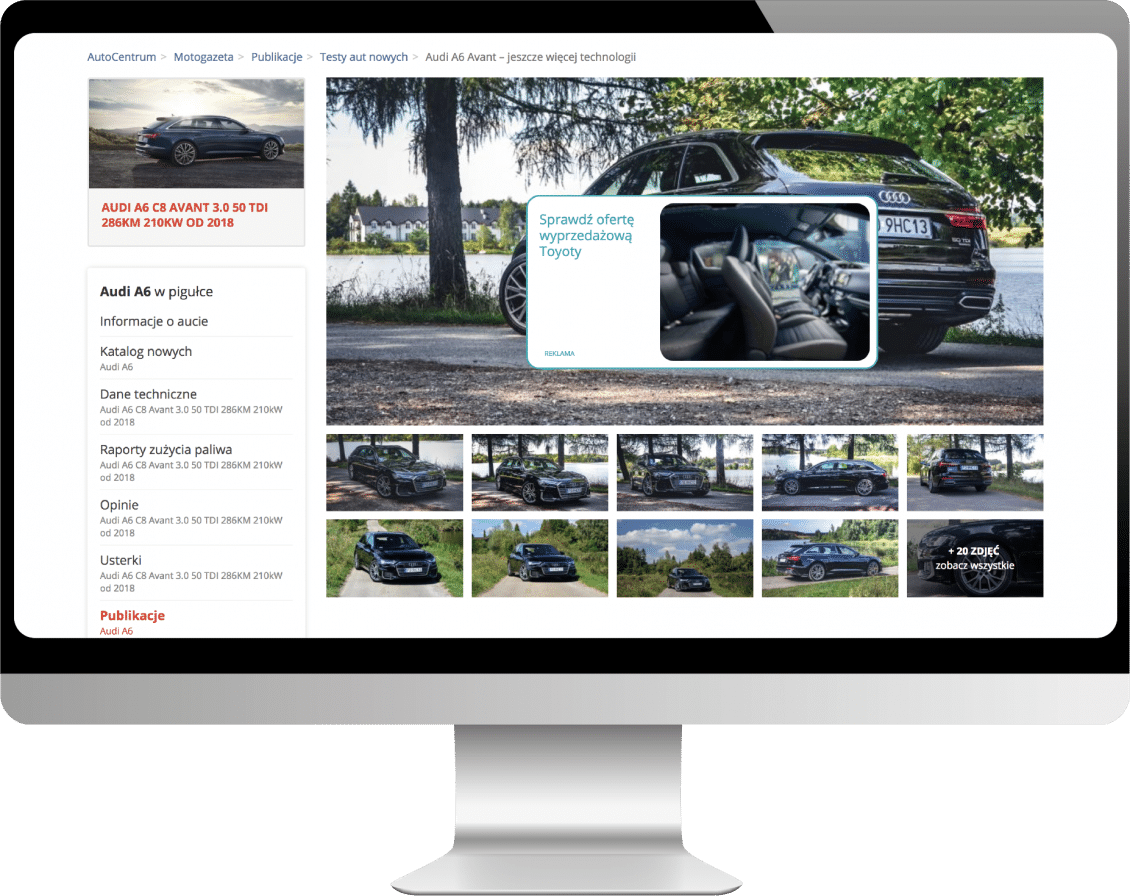 Those two growing demands in the domain of advertising, being non-intrusive and contextual, were taken into account by a Polish startup, Smart55. The company has conquered the field of marketing with brilliantly simple service, which efficiently draws consumers’ attention without inundating them with irrelevant information.

Smart 55 provides advertisers with so-called Smartlinks, that are something like tags, but placed in a photo itself. Those markers inform users that there is an active redirection in the photo. When you move the cursor over the marker, a text is displayed informing user where the link leads to. After clicking on it a defined landing page appears in a new window.

Therefore, Smart 55 is a native advertising format which does not generate its own content. Instead, it builds connection between a thematic website and a product related to it. In that way, a photo becomes a starting point of an internet exploration, which potentially can lead to an e-commerce activity or promotion of a service. With Smart55, promotion is embedded in the picture itself, just like it used to be with traditional banners, but it is not invasive any more.

Smartlinks, so far, have proven to be highly efficient and the company became the leader of in-image advertising in Poland. Smart links have been employed by the top Polish Internet publishers, such as Ringer Axel Springier. They’re used to redirect from articles about fashion to internet stores with clothes. Nevertheless, the founders of Smart55 stress that their service is not dedicated to specific industries or market segments and that in fact it can promote any product and service.