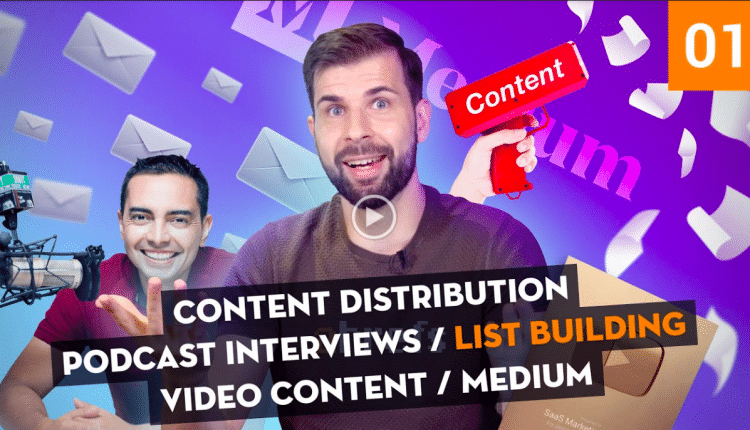 Tim Soulo is the Chief Marketing Officer and Product advisor at Ahrefs, an industry-leading SEO tool powered by Big Data. He has more than 10 years of practical experience in SEO and digital marketing. He is a popular speaker at various digital marketing conferences around the world. He also shares his views by publishing blog articles at Ahrefs’s Blog and has authored numerous data-driven SEO research studies and detailed marketing guides.

Ahrefs is a powerful SEO tool, famous for its innovative tracking options. It can be used for tracking the rankings of your keywords and that of the competitors. Ahrefs can accurately track traffic and other vital SEO metrics. Ahrefs can also be used for SEO-specific research including content research, web monitoring, backlink research, and more. New tools and features are added on a regular basis to provide a better experience to users.

Tim has released a Vlog on SaaS Marketing on YouTube which is gaining popularity steadily. In this Vlog, he talks about several key aspects of content distribution strategy and why he has started this new YouTube channel to share his views.

Tim admits that he is not sure how this series will unfold and what format it will take shape in. He reckons that the SaaS marketing Vlog idea might appeal to people and promises that he will take feedback seriously and make the necessary tweaking to the series based on the reviews, on an ongoing basis.

The blogs would focus on the SEO aspect. On Medium, Tim can write about anything without having to worry about generating search demand on Google. The publication feature on Medium has a good following which ensures that anything written on a topic of their interest gets good readership. He uses Podcasts because a lot of people use this platform to listen to the views of industry experts on specific subjects.

Why Tim Wants a Plotline for His YouTube Series

The initial idea was to repurpose the articles published on Medium on this channel in the form of a conversation. However, there was a problem of having a storyline behind the content which was not happening as Tim wrote about random topics on Medium that were not targeted at any specific sets of audiences. He was not focused on keeping an audience for his articles. He realized this idea won’t work on YouTube where having a plotline is important.

Why Email List Building is Not a Priority at Ahrefs

Tim admits they were not giving much priority to email list building at Ahrefs’s blog but they have a strategy of using the email addresses of their subscribers and persuading them to become their customers without actually trying to turn them into leads.

They have a subscriber form at the end of the article which can be used to subscribe to future articles and receive alerts. Tim says that despite his team suggesting use of pop-ups and lead magnets to boost subscription numbers, he is averse to doing it as their goal is to rank for keywords covered in the articles. Their high-quality, problem-solving articles act as a sale page which has a high probability of converting readers to users of their software.

Tim says that, at Ahrefs, they are not too bothered about the open rates and clicks on their emails. They are only focused on writing great content and providing valuable articles that can solve problems.

At Ahrefs, the focus is on providing their customers with better knowledge about the various features and benefits of the software. Embedding product education into the actual product is their way of empowering customers with information about their product features.

The whole point of this new YouTube channel series is to let customers know what they are doing at Ahrefs and the progress they are making on key fronts. The video series will be published once in two weeks.

Role Of Press Releases In The Modern Digital Marketing Scenario

Why Physical Signage Is Still Relevant Even In The Digital Age

The 3 Best Ways to Continue Marketing During the Coronavirus Quarantine

5 Things to Consider Before Starting a Career in Marketing

Why Your Business Should Adopt Open Source Standards