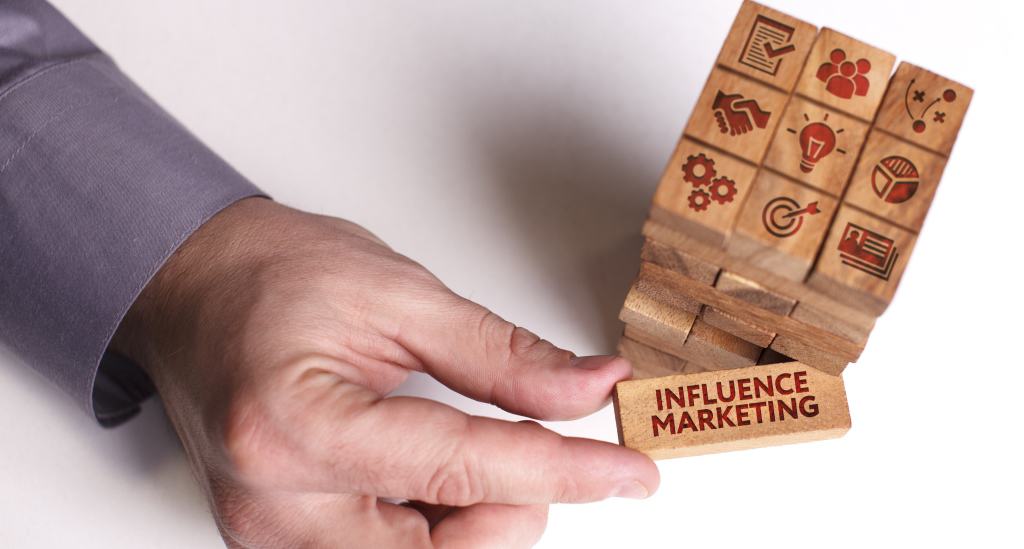 In the realm of social media marketing, there have been myriad new terms, jobs and strategies cropping up that, until the past few years, weren’t even concepts yet. One of these is “influencer.” In short, an influencer is someone with a large enough following on social media (typically YouTube or Instagram) that brands take notice and in turn, pay for them to run a promotion or simply post an advertisement about their product or service on their page.

The idea behind influencer marketing is that, out of someone’s substantial number of followers, if even a fraction of that readership clicks on a brand’s link or actually follows through and buys the offering, that is just as effective as placing a traditional advertisement in a magazine. Though novel and new, the approach appears to be working. In fact, the Association of National Advertisers (ANA) recently reported that 75% of advertisers in this country employ influencer marketing. Moreover, 43% of these leaders plan to amp up their spending in this marketing sector over the next year and of those who aren’t currently going this route, 27% anticipate making strides toward it by 2019.

Yet, while there used to be only a few standouts in these spaces, an influx of tech-savvy brand ambassadors have tapped into the earning potential available through influencer marketing. As such, it has become even more difficult for someone to crack into the top layer, with most remaining in the mid-level marketing realm. In fact, this veritable oversaturation may be diminishing or even reversing influencer efforts as a whole. A recent study actually found that that there is a negative correlation between the size of someone’s Instagram following and his or her post engagement rate. As a result, 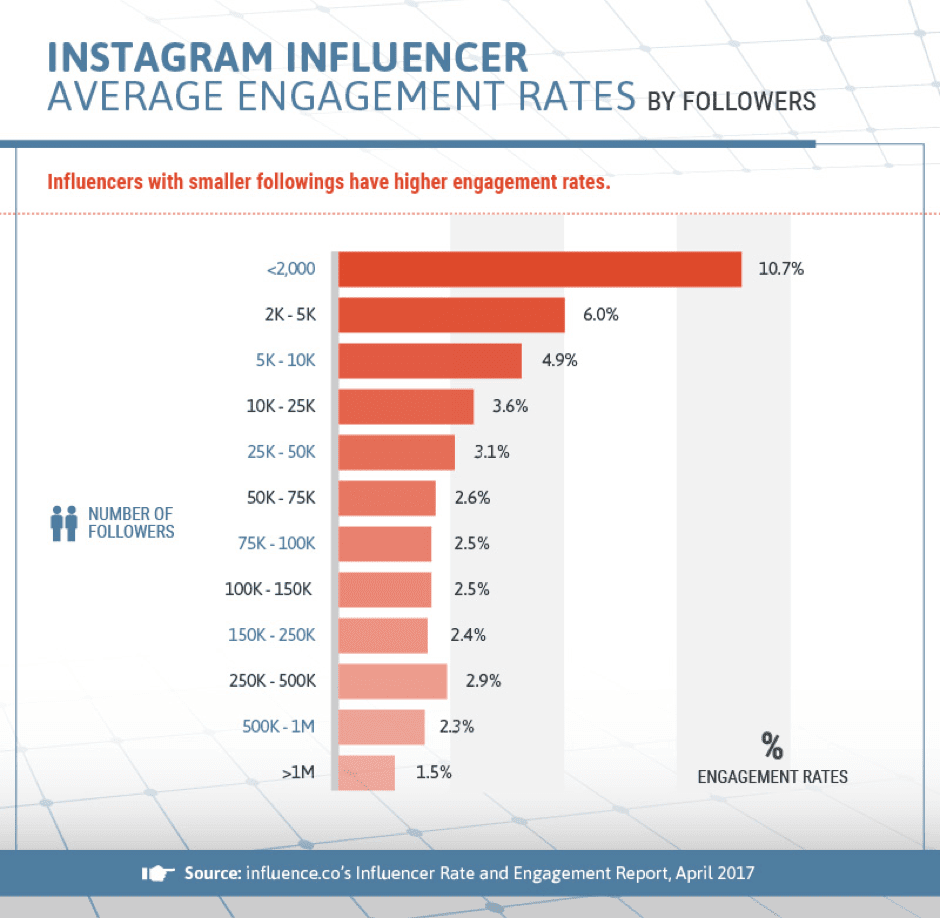 Put simply, these are persons who, though their following might not be as large, are standouts in their specialty spaces. From knitters to interior designers and every maker, creator and doer in between, micro-influencers might not boast the 50k+ numbers that their traditional counterparts do, but the following they do have is fiercely loyal. Thus, when brands within their wheelhouse reach out to them for a campaign, they can be more confident that the readers who see the posts actually care about and are invested in the industry at hand.

Forward-focused brand leaders interested in partnering with micro-influencers to boost their name recognition and attract new interest should understand a few key tactics when handling this newfound team. To that end, here are six ways to engage your core team, effectively plan and manage their commitments and ensure the highest return for your investment.

One of the most common mistakes that brand leaders have when they first hire a team of micro-influencers to help promote and spread the word about their company is that they approach these new partners not as equal-level colleagues but as employees instead.

It’s important to remember that collaboration in this sense is a two-way street. Your brand benefits from the partnership by increasing its audience reach and in return, the micro-influencers gain exclusive access to an insider community, where they’re often offered free products or service in exchange for acting as a voice or face of the line.

To keep morale high and expectations in check, keep in mind that while the partnership should be collaborative and open, it is not a space for demands. If contributing to your efforts ever begins to feel more like work than reward, there are plenty of other avenues the influencers can pursue apart from your business.

Employee speak aside, it is helpful, on the other hand, to encourage your micro-influencer community to create and share engaging and informative posts about your brand. To spur this effort along, it can be helpful to introduce a little friendly competition. For instance, you may want to develop a virtual, shareable leaderboard that includes a list of your micro-influencers along with how many likes and shares their last related post received or the number of comments it garnered.

Reveal this data with the intention of being as transparent as possible. When others in the community see the performance of their peers, it’s likely they will feel motivated to step up their own game accordingly. In fact, research shows that 78% of employees would be willing to work even harder if they felt recognized and rewarded. To follow up, be sure to have simple rewards (such as free brand swag) available to hand out to the top scorers.

In keeping with the rewards aspect, it’s also helpful to highlight to your prospective micro-influencers just what they can receive out of the partnership, as it is a two-way collaboration. Consider the success of the recent micro-influencer campaign that MINI Australia just completed. In partnership with Vogue Australia, the brand partnered with five micro-influencers who were standouts in the local Australia fashion scene. The idea behind the campaign was to use Instagram to showcase a new MINI convertible model. MINI brand leaders allowed these five influencers to not only pose next to the car and post about it on their pages, but they also handed them the keys and let them test drive it as well.

The resulting 14 Instagram posts that followed achieved more than 8,300 engagements that ultimately drove traffic back to the MINI website. In addition, the campaign reached a readership of 147,800 online followers. Perhaps most importantly, however, was that the influencers themselves were able to enjoy and take part in the process, allowed creative reign over how they styled their photos and content.

While a lighthearted competition can be a great encourager, it’s important that it remains just that — lighthearted. No one should ever be made to feel not as important, popular or necessary just because their metrics are down. At the end of the day, it’s more productive, and ultimately profitable, to establish a sense of community among micro-influencers rather than cultivate feelings of bitterness or jealousy.

For instance, you may be tempted to set rigorous posting schedules to keep track of everyone’s activities and make sure that each influencer is pulling his or her own weight. While you can (and should) keep backend calculations of this data, it’s usually not necessary to make this knowledge public to your partners.

By maintaining an environment of positivity, you’ll inherently spur them to work harder to contribute rather than making the entire process seem like a chore that no one really wants to do. In fact, studies show that when people are brought up in their professional endeavors and made to feel confident about their progress, they’re up to 12% more productive.

Moreover, they are also more likely to recommend their work endeavor to others, turning them from partners to brand ambassadors, a concept developed by Bain & Co. as a measure of loyalty. If asked “How likely are you to recommend our organization?” those answering 0-6 are classified as detractors, while those in the 7-8 range are passive and ones who answer 9-10 are promoters. Brands who partner with influencers want those responses to score between a 9 and 10 and as such, motivation and reward are key.

4. Thoroughly vet and onboard all prospects

Before you sign on the dotted lined and enter into a partnership with a micro-influencers or community of them, it’s important to make sure you both know what you’re getting into. While numbers are obviously the first thing that most brand leaders look at when determining who, in the vast sea of social media, should represent their lines, don’t let these figures be the totality of your consideration.

You also want to make sure you work well with the other party and that he or she is eager to represent your brand. Take your time during this process and be sure to set clear guidelines and expectations from the onset so there isn’t any confusion once the ball gets rolling. Then, once you’ve established the partnership, go ahead and ask the micro-influencer to complete a small, manageable task, such as sharing an image of your new product and using a related hashtag in an Instagram post. This is a strong way to boost their confidence and help them see the potential in this new opportunity.

On the other hand, if you wait a month before sharing your first contribution request and make it a challenging one at that, you risk burning out your partners before they even really get started. So, start slow and simple and build from there, especially during the onboarding process.

5. Help them connect as a group

[bctt tweet=”Individual micro-influencers within your greater network will share the common goal of being interested and active in the industry at hand.” username=”relevance”]

Say, for instance, you are a niche loose-leaf tea maker with a micro-influencer team of 10 people who are known across social media as being tea experts enthusiasts. Have these experts talked to one another outside of this collaboration? Have they attended similar conferences or worked on some of the same projects?

Chances are, some of them have knowledge or connections that could benefit the others, and vice versa. Rather than keeping them apart, encourage them to bounce ideas off one another, ask each other questions and request help from each other when needed. Often, a closed social media page (think a private Facebook group) is an ideal way to spur this dialogue. Remember to not only create the page but to join it yourself. This is a simple way to be a part of their collaborative efforts and offer support when needed.

From afar, micro-influencers might seem like they have a dream job and in many ways, their flexible setup is admirable. Yet, their careers are not without their fair share of challenges and as their partner, it’s helpful to make their efforts as seamless and simple as possible. For instance, don’t ask them to display megasized graphics on a social media account that just isn’t equipped to do so. In a similar sense, resist the urge to bombard them with an email overload, text them incessantly at the top of every hour or send push notifications every time something even marginally important needs to be shared.

You can also help them take the guesswork and stress out of determining what to post and how to say it. If your brand creates and shares a particularly noteworthy piece of content, for example, you can use SMS messaging and push notifications to alert your micro-influencer community that something new is out, and here are the steps to share it with your followers.

The Rise of Micro-Influencers: Recognizing and Rewarding Potential

Though it might require a little more work at the beginning to find micro-influencers who fit your industry and have a large social media following at that, rest assured that taking the time to perform this research is critical to ensuring the long-term success of both your brand and marketing campaign.

Ultimately, the micro-influencers you choose will become instantly integrated into the fabric of your company. As such, creating an environment that encourages creativity and originality while also keeping the competition friendly is the touchstone to a well-performing campaign. These six steps above can help you recruit and retain the influencers who can do the most for your company. In return, you can learn, one step at time, how to become a brand they actively seek out to promote.