What Is the Relationship Between Blockchain and Content Marketing? 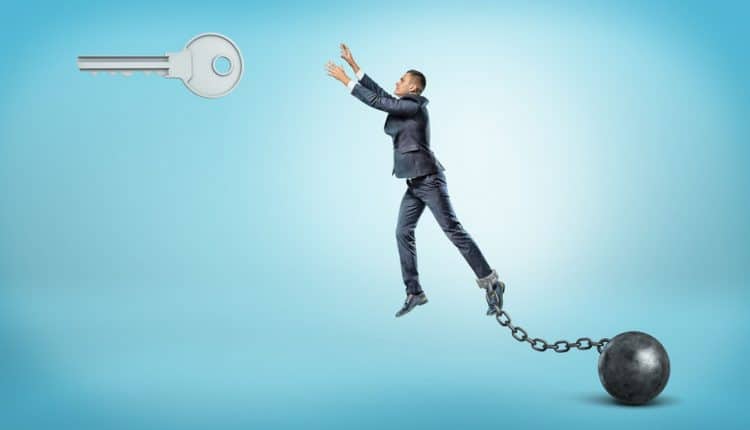 The relationship between Bitcoin and blockchain technology is obvious for anyone who has already read up on either subject or even owns Bitcoin. This most renowned cryptocurrency is stored in wallets such as the Luno Bitcoin Wallet and when a payment is made, the transaction from the wallet to an exchange or another person is recorded on the blockchain.

The blockchain then, takes over the role of a bank or bank card issuer by recording all payments made and verifying them. Blockchain is actually the production of two words, i.e. block and chain. When a new payment is recorded on the blockchain a new block is added. This block represents the new crypto payment and it is then added to the chain of all the other Bitcoin payments.

The unique qualities of the blockchain is that it is available to all as a sort of public ledger and cannot be changed. What this ultimately means is decentralisation. No central authority owns or controls the blockchain, which is also the reason why Bitcoin payments are appealing to many. They become quick, convenient, and cheaper ways of making payments within and across borders.

So, where does marketing come in? Although it may not be obvious at first, blockchain can help with content marketing as well. This should not be surprising when you consider that blockchain technology is already enhancing the processes within other industries. Examples include blockchain preventing car fraud and the blockchain helping solve royalty disputes within the music industry.

Nobody ever told us that the online community was always a genuine and authentic arena for information and content. However, the rise in fake news stories and fake reviews has surged over recent years, and this has affected the way consumers look at brands.

Not only is there more mistrust in brands today than ever before – and we can never take reviews at face value anymore – but it has also caused consumers to be more critical of content produced by brands. Overall, consumer trust is decreasing, and our meticulous criticism of brands is heightening.

The Solution to Brand Mistrust, Fake Content and Fake Reviews

The real way to change all of the mistrust issues our world is facing is by changing the way humans interact with one another and the powers that media companies have over us. But to be a realist, this is never going to happen – especially when money is involved. Some tech companies have joined forces to stop the spread of fake news, but this doesn’t exactly answer how we as consumers can start to trust brands again, their content and their online reviews.

One way of actually reducing brand mistrust could come from blockchain technology. After already helping sort issues out in other industries, it could now be time for it to pull on its superhero cape and also help e-commerce content marketers. Here are some of the solutions blockchain is offering brands and their content marketing departments:

Content marketers now rely on paid advertising to get their content seen – and seen by the right audiences who are likely to be interested in their offerings. The problem with paid advertising is that it has also accumulated into an area of fraud. Some people offering advertising service son websites are lying about their daily website visits through fake statistics. Blockchain could be sued to counter these lies and make sure content marketers are only outsourcing their needs to reliable advertising companies and websites. It would do this by creating a database of bad vendors to be avoided.

The solution is blockchain which can provide another transparent database of genuine influencers. There are already companies creating these marketplaces to connect content marketers with trusted and reliable influencers, completely based on blockchain technology.

Many content marketers know the value of their work, but they also realise that marketing content requires a slice of luck. If your content gets seen by the right person with a large following, and they like it, a single share or retweet can be what is needed to skyrocket a positive response.

You can remove the need for luck by going straight to the source and going to micro-influencers who have sizeable followings. Through blockchain technology, businesses can reward these smaller influencers with digital assets (possibly redeemable) for sharing their content market with their audience.

These three ways that blockchain technology can help in the content marketing space are all in progress but have not taken flight just yet. It could be many years before blockchain really leaves its impression on content production and spreading that content. When it does it may reverse some of the disastrous effects of brand mistrust and also mistrust amongst the content promotion process.

It should also be said, and probably expected by readers, that blockchain technology could also be used to fight fake reviews. The system may be developed to only allow reviews to be made by genuine buyers of a product or users of a service. All of these benefits of blockchain technology within marketing are in the pipeline, but it could be some time before we see the real benefits.

Millennials Are Killing PowerPoint with Their Mobile Phones

Six Things to Consider When Using an Online Logo Maker

Ways to Improve Your Bottom Line

Tips for Keeping Up With Business Trends

Top Ways to Fund Your Startup

5 Key Small Business Skills You Need To Grow Your Business