Published On May 29, 2015 Published By Mike Austin 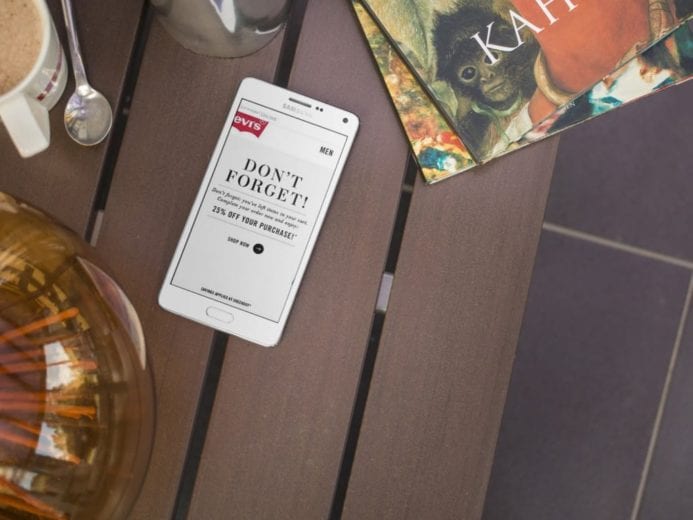 In new Barclays television ads airing in the UK, members of the public offer snippets of practical advice to help citizens of the internet when they are online. The most recent features a woman suggesting that shoppers should place items in their basket, but not checkout and instead wait for a coupon to arrive. It is, in effect, advising cart abandonment as a way of shopping.

E-tailers, marketers and e-commerce professionals have long debated whether recovery incentives actually work. So, we were very interested when a client came to us who had employed cart recovery services from another provider. Part of their strategy included a 15 percent coupon in their recovery email. The campaign produced a lot of recoveries and generated a massive 26.2 percent sales uplift. Surely it was the coupon generating loads of extra sales, right?

With permission, we let the existing program run for several weeks to get a baseline (the “15% Incentive” line in the chart below). Then we removed the coupon and continued for a further period (the “No incentive” line). The sales uplift immediately plummeted from 26.2 percent to 6.4 percent. Had we made a horrific mistake? Well, here’s what happened:

The most obvious insight is that the recovery numbers were all much bigger originally. The sales uplift and recovered rate were both boosted by the 15 percent incentive, so they fell to six and four percent respectively when we removed it.

Interestingly, the value purchased hardly changed. It increased from $79,620 to $80,184 – a difference of just $564. Customers were still buying at the same rate.

Clearly, when we stopped the incentive, a lot of people were buying through the normal checkout process instead of getting diverted into abandonment recovery. This shows in two numbers:

Even better, our client had been allocating about $3,000 per month to the incentive, without increasing the value of sales at all.

What was happening? Here’s our theory:

The take away is to be careful with incentives. Whenever you introduce a powerful reason to buy in a particular way, some of your clients will switch to it. But if your new way is complicated, some of those clients will drop out, and you may actually lose some sales in the end.

Mike is a serial entrepreneur and technologist. He has been building software companies for over 20 years. During the 1990's Mike provided IT security consultancy to the UK financial sector and created some of the first PC mapping software.