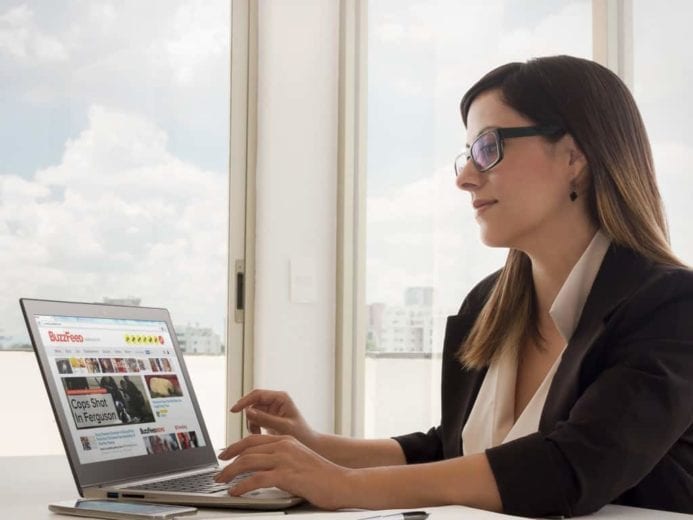 This is not a moral argument about the “separation of church and state” between the media and advertisers. On the contrary, I’m a content marketer so I subscribe to the prudent creation and promotion of valuable thought-provoking, problem-solving and entertaining content. What I am about to propose is actually a realization of undeniable trends that point to a future full of even more content marketing.

It’s no secret that “traditional media” is struggling to thrive in today’s social media, multi-screen, and connected world. Journalists in traditional roles are losing their jobs in droves. Foreign bureaus are falling victim to budget cuts. Native advertising and sponsored content are becoming the norm as drivers of media revenue and channels for branded content distribution. Consumers love their media, but aren’t too keen to pay for it like they once did.

The music industry was the first to feel this pinch and journalism wasn’t too far behind. New disruptive technology and consumer viewing habits are already having a similar impact on movies and television.

Despite the world’s voracious appetite for content, many traditional media outlets are cutting back. This seems counter intuitive. It’s creating a huge media void that’s demanding to be filled by something.

That’s the reason sites like The Huffington Post and TechCrunch exploded on the media scene last decade and thrived to the point of being acquired by AOL. There’s a reason BuzzFeed, Upworthy and its many clones are wildly popular and fill our Facebook feeds. There’s a reason content marketing is demanding larger year-over-year swaths of marketing budgets since it was popularized last decade.

Brands and “new media” properties are filling the void left by the erosion of modern journalism and will continue to do so for the foreseeable future.

The media are building marketing agencies

Just a few weeks ago Condé Nast announced it created a branded content agency called 23 Stories. With nearly two dozen well-known media properties, like GQ, Vogue and The New Yorker, it is poised to, not just deliver, but to create native and non-native visibility for brands. Its stated mission “. . . is to provide consumer engagement for the company’s advertising partners through content developed and distributed by the world’s most renowned editorial teams. . .”

Condé Nast isn’t the only one doing this, either. AdAge has its own agency called Content Strategy Studio. Its purpose is to “create content and strategies that turn insights and information into stories that authentically connect with your audience.” The New York Times and The Huffington Post also have their own in-house marketing agencies.

By cutting out the middle step (external agencies) media can increase its advertising revenues and give brands even better access to their audiences. In order for more traditional publications to compete for attention with “new media” and brands they’ll need to have the capabilities of a marketing agency. While this trend has been under most radars, it will certainly continue.

As the former VP of Marketing for the content marketing agency DigitalRelevance, I know this all too well. DigitalRelevance built its own industry media outlet, Relevance, which I run and manage as its VP of Audience today. Skyword, a content marketing services and SaaS company, dumped the idea of a traditional blog and instead opted to launch an online publication it calls the Content Standard. Contently did the same thing with The Content Strategist.

Adobe owns CMO.com, GE has GE Stories, HubSpot bought The Agency Post, Office Depot and Office Max built the SmallBizClub and American Express has its Open Forum. That’s just a few examples I can rattle of the top of my head. There’s likely many I don’t even know about or have forgotten.

Also, let’s not forget the acquisition of The Washington Post by Amazon founder Jeff Bezos in 2013. While Amazon doesn’t own the publication itself, it likely has special access in many ways – and if it doesn’t today, it probably will down the road.

The trend of brands and agencies building real publications or buying them is likely to continue to grow. Joe Pulizzi, founder of the Content Marketing Institute, has been predicting this for quite a while.

Search and Social not quite fulfilling its promise

For much of their existence, both search engines and social media were pretty much the only content discovery platforms. They were the keeper of the content delivered and consumed online. Today, their oligopoly on content distribution isn’t as strong as it once was.

Why? One reason was introduced on the {grow} blog last year – Content Shock. There are only 10 organic positions on the first page of most search engines and with online content publishing expected to grow 500 percent by 2020, there’s going to be a lot of content duking it out for those cherished spots.

Let’s add to that the ratcheting down of organic brand visibility on Facebook and Twitter. These represent major problems for content marketers. As a result, a whole ecosystem of tools and networks outside of search and social has cropped up to assist marketers with content promotion and distribution on media publications. Search engines and major social networks now have to share their oligopoly because they’re not adequately fulfilling their role as content distributors for all brands.

The Native power shift ahead

In addition to owning media properties like TechCrunch and The Huffington Post, AOL also owns a native content amplification technology company called Gravity that connects brands like Charles Schwab, Sony, Intel and Toshiba with its large and growing publisher network. Rumors of a Yahoo/AOL merger or acquisition are stronger than ever and investors are applying even more pressure these days.

AdExchanger sources are sharing some of Google’s plans to get into the native advertising game. Just this week it was discovered by industry insiders that Google has its native network available today in private beta. If I had to guess I’d say Google will probably make an official announcement this year. It’s rumored to deliver content discovery and amplification like Taboola and Outbrain currently do, while also creating a robust network that connects brands with publishers for sponsored article publication. They’re targeting premium publishers, too.

That’s one reason why a Yahoo/AOL merger looks so promising. While Yahoo has its own native network, Gemini, a combined Gravity and Gemini network could be much more competitive against Google. It also doesn’t hurt the pairing to have a portfolio of highly traveled online media outlets to deliver native content.

The impact on Social Media

For several years, LinkedIn has been publishing copious amounts of business content daily. It started off curating other media outlet content, but slowly started to build a portfolio of influential writers on its own. It acquired Pulse and sometime last year opened up its long-form content hub to members. Today, its online publication rivals most media outlets covering business niches.

In addition, Tumblr just announced its own marketing agency called Creatrs Network. Its purpose is to connect brands with popular bloggers for sponsored content opportunities. Tumblr is owned by Yahoo, too.

Other social networks like Facebook and Twitter are doubling down on their role as strictly content curators and distributors by pushing brands towards their advertising products, both native and more traditional, by slowly decreasing organic visibility.

These trends bode well for content creators and marketers. More and more content will be needed to feed the beast. Brands that wish to compete will be forced to rethink their current budget allocations and spend even more on content research, strategy and promotion.

Content marketing without promotion will fall by the wayside for brands that are serious about competing in the ever-evolving media chasm. Content promotion will be the key to content visibility and the full infrastructure to execute it is now beginning to take shape. These undeniable trends point to a future full of even more content than we see today and the lines between media and brands will be even blurrier.

This article originally appeared on the {grow} blog.